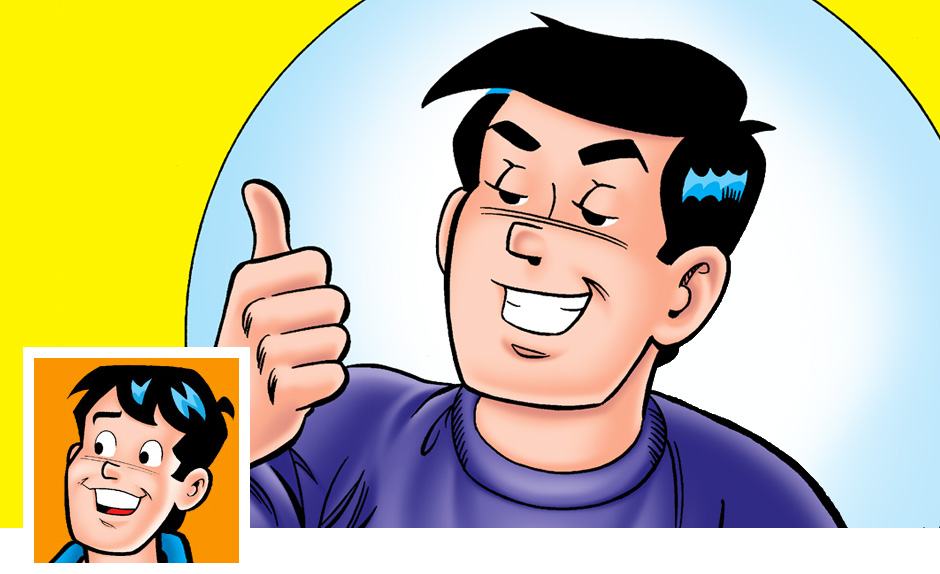 Dislikes: Detention, getting beat up by Moose

Reginald “Reggie” Mantle is the self-absorbed, wisecracking jokester of Riverdale High. Reggie acts as a rival to Archie, and is usually mocking the redhead whenever the opportunity arises. He loves to steal Veronica away from Archie and brag about his dating prowess—but no one could love Reg as much as he loves himself! The many practical jokes he plays on the other students rarely make him more popular – just infamous. Reggie also has the bad habit of trying to steal Midge away from Big Moose. This is a fatal attraction that often yields the same painful result. He would be wise to cut back on the pranks and schemes, but Reggie will probably learn his lesson the hard way!

Want to see more Reggie? So does he!