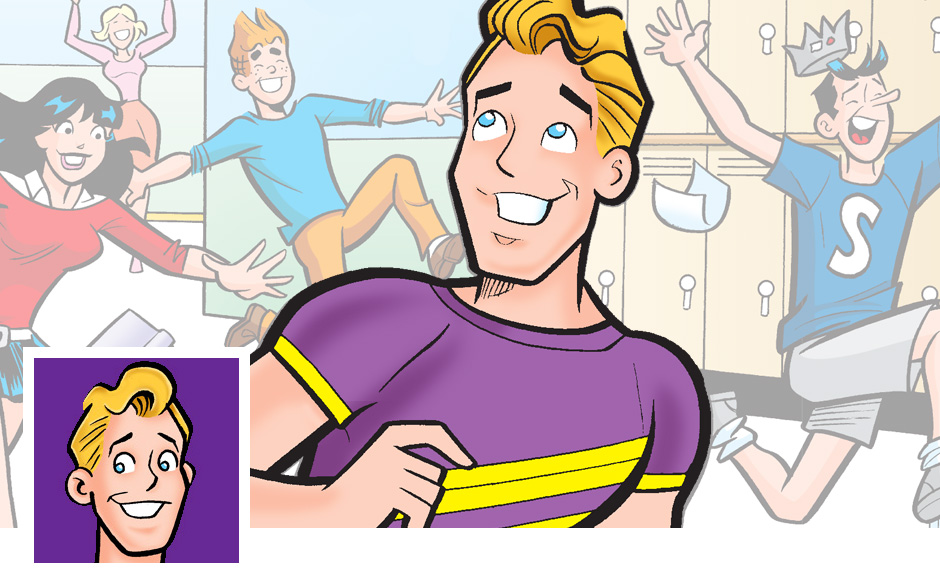 One of the nicest boys in school, Kevin Keller is the new kid in town and the new school president at Riverdale High. Kevin had tougher times growing up in Bricktown, where his good looks did not develop for a number of years. He was part of a geeky clique along with friends Wendy and William—the former of which had a longtime crush on him. The Keller family moved from place-to-place due to Mr. Keller’s army duties. Finally settling in Riverdale, Kevin was first eyed by Veronica who did not realize he was gay. He has since become a part of the gang. Kevin enjoys eating almost as much as Jughead, and can get quite flustered by Reggie’s jokes. Much like his father Colonel Keller, Kevin hopes to join the military one day and fight the good fight.