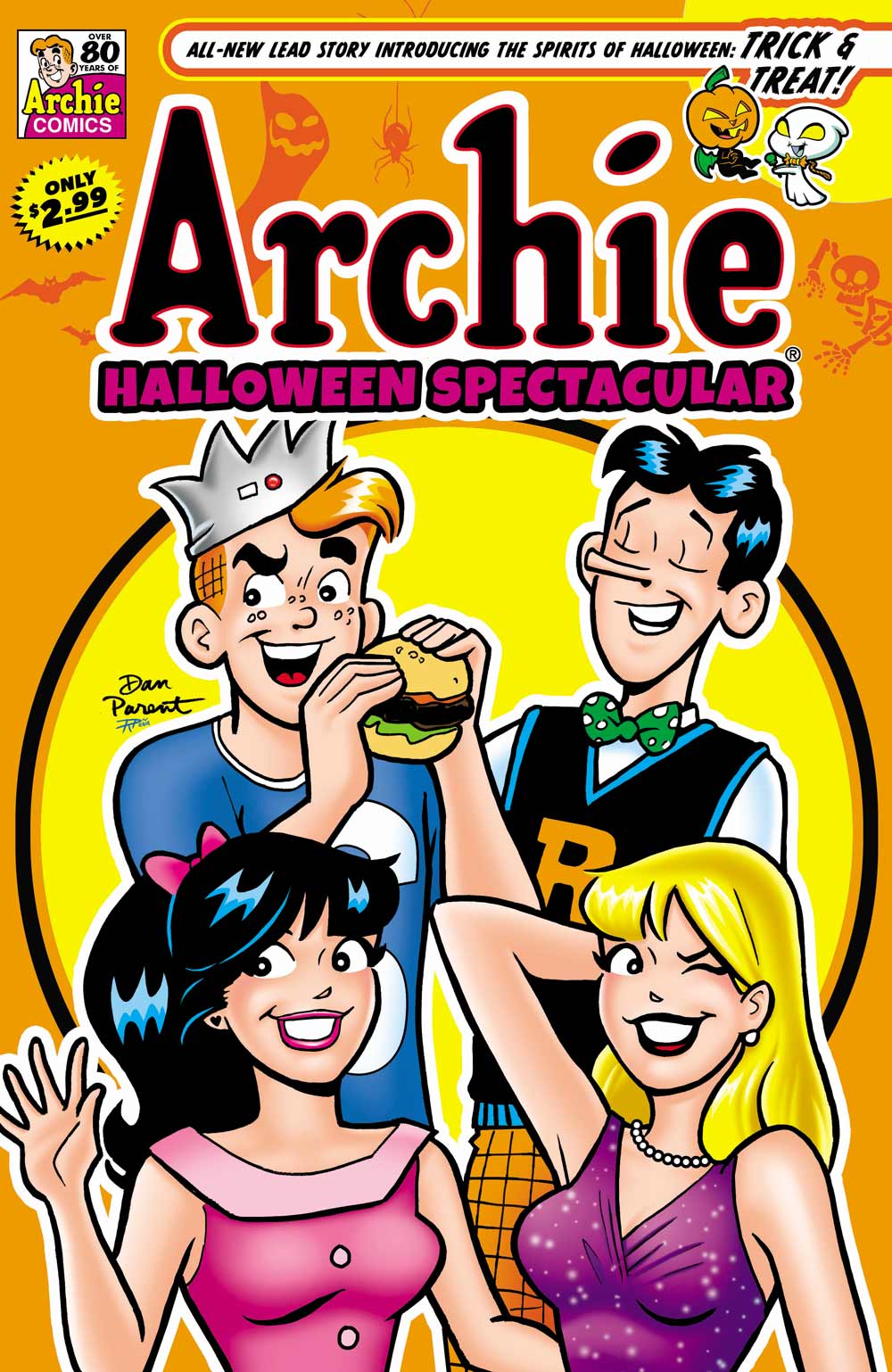 Halloween is about to get a little bit spookier (and a little bit sweeter) when Archie Comics welcomes Trick and Treat to its stable of holiday-themed magical characters in October! The two Halloween imps will make their first appearance in the collectible one-shot comic book, ARCHIE HALLOWEEN SPECTACULAR #1, in a new lead story by writer Ian Flynn and artist Ryan Jampole.

In the story, Trick and Treat – who represent the scary side and the sweet side of Halloween, respectively – try to prove which part of Halloween is the most important, with Archie and the rest of the Riverdale gang suffering the consequences!

“Trick and Treat may be new characters, but they’d feel right at home with the classic creations,” Flynn said. “Since they’re the spirits of Halloween, I wanted to make sure neither of them was the ‘good one’ or the ‘bad one.’ They’re both about fun and enjoying the holiday, but they both have a bit of a naughty streak. I hope folks enjoy them, and we get to see more of them in the future.” 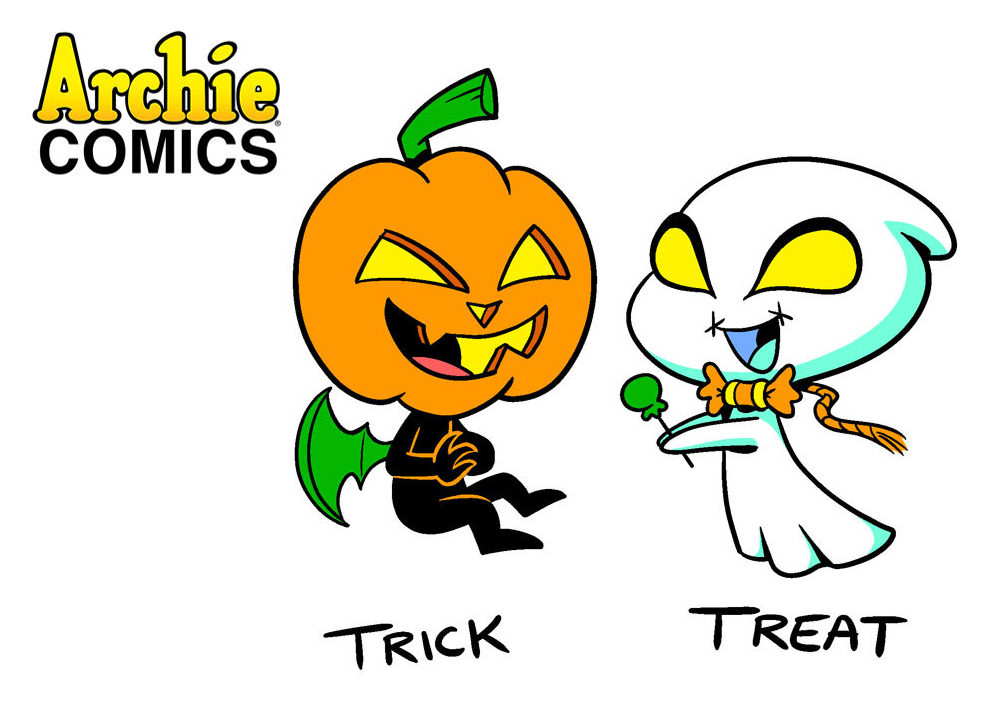 The characters were designed by Archie Comics Art Director Vincent Lovallo, who took inspiration from similar magical characters in the Archie Comics roster who appear in fan-favorite holiday-themed stories every year.

“Editor-in-Chief Mike Pellerito had a few initial ideas in mind with the ultimate goal to have them be our go-to Halloween mascot characters, similar to Jingles the Elf or Sugar Plum the fairy from previous Christmas stories,” Lovallo said. “Their proportions needed to be similar to those characters, but with more of a Funko Pop or Chibi design, and they would be a play on the classic concept of an angel or devil on a person’s shoulders. However, despite those attributes, both characters are equally spirits of Halloween, so naturally, they can get pretty scary if they need to with their shape shifting abilities.”

Artist Ryan Jampole, who drew the debut story, said, “What I really enjoy about them is because they are spirits, they are really rubbery and expressive and it allowed me a lot of freedom to stretch and squash them into all sorts of goofy poses. It was a lot of fun to draw that alongside the slightly more grounded Archie characters.”

The comic will publish alongside a complete slate of Halloween-themed digest comics throughout the weeks leading up to the holiday, all featuring brand new stories and classic reprints from throughout Archie’s 80-year publishing history. ARCHIE HALLOWEEN SPECTACULAR #1, featuring a cover by Archie legend Dan Parent, releases October 5 in comic shops nationwide and is available for pre-order now.

This year’s Halloween spectacular kicks off with a BRAND NEW story! In “Spirits of Halloween,” meet TWO new characters to the Archie universe: Trick and Treat! This pair of impish magical creatures come around every Halloween to cause chaos wherever they go—and this year, that just so happens to be Riverdale! How much mischief will they cause Archie & the gang while trick or treating? Plus, a collection of hilarious Halloween tales!