Home News The Fox Leaps Into Comic Book Stores This May With The Fox: Family Values One-Shot

The Fox Leaps Into Comic Book Stores This May With The Fox: Family Values One-Shot 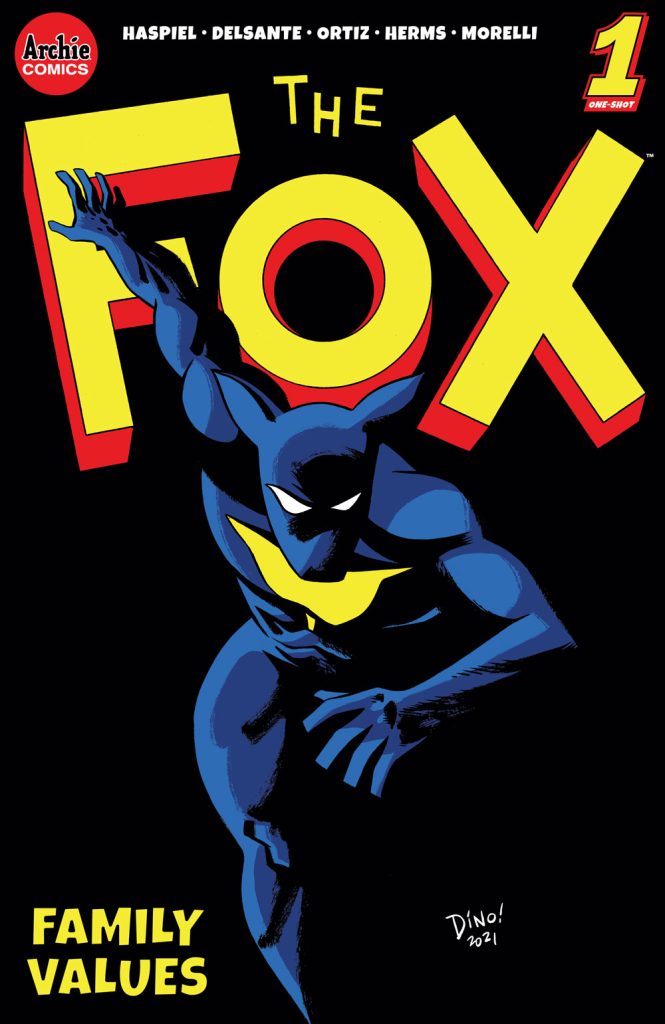 Archie Comics is setting the stage for the return of everyone’s favorite “Freak Magnet” Paul Patton, Jr. in The Fox: Family Values #1. Coming to comic shops and digital retailers May 18, 2022, the new one-shot comic will follow the adventures of the Pattons, The Fox, She-Fox and their son Ghost Fox, as they try to be the best hero family of Foxes they can be! Featuring all-new stories by writer/artist Dean Haspiel, writer Vito Delsante, artist Richard Ortiz, and colorist Matt Herms with veteran letter Jack Morelli, The Fox: Family Values #1 will also include a reprint of a classic The Fox story by Alex Toth, providing new readers with a perfect introduction to this family of iconic characters.

The return of this classic Red Circle Comics superhero was a priority for Archie Comics, explained Senior Director of Editorial Jamie L. Rotante. “We wanted to bring THE FOX back to the spotlight in 2022 in a way that makes it very accessible to new fans while also honoring what’s come before. And what better way to do that than bringing back Dean Haspiel? Dean, alongside Mark Waid, helped firmly establish the modern version of THE FOX in the hearts of fans with the beloved FREAK MAGNET series. What’s so interesting about this character is that he’s a superhero unlike any other—he can deftly tackle both serious issues and weird and wacky villains and situations all in the same issue. We’re thrilled to have Dean back to tell an all-new story, alongside Vito Delsante, Richard Ortiz, Matt Herms and Jack Morelli, and we can’t wait for people to grab this one-shot off the shelf in May.” 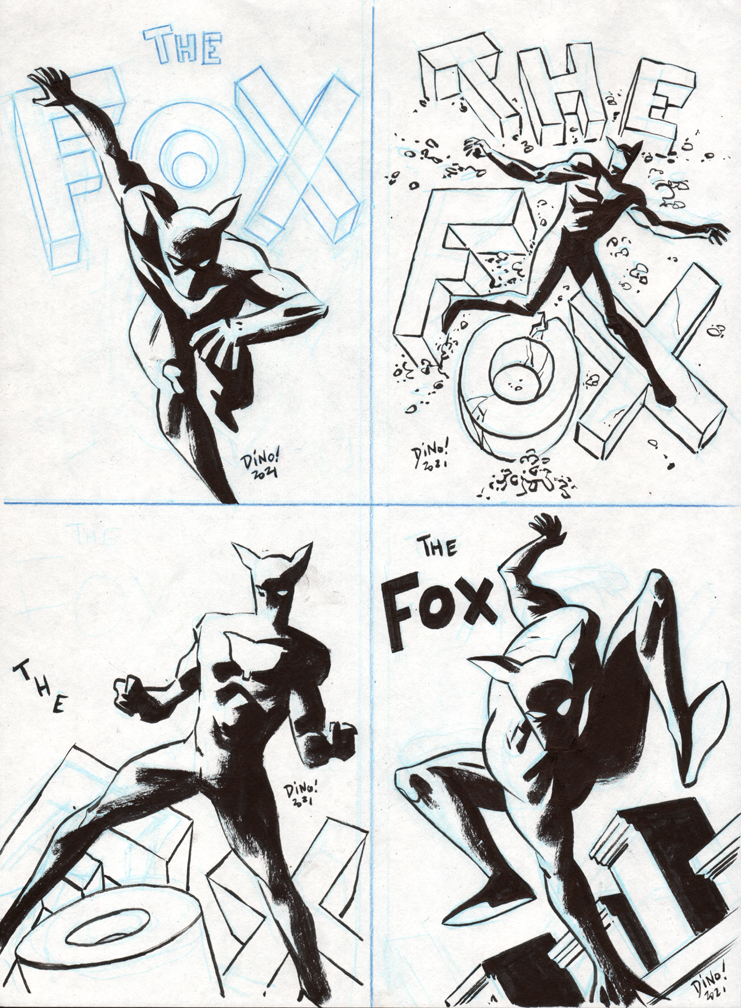 Haspiel spoke about his return to the Patton family’s adventures: “When I plotted and drew ten issues of The Fox, I was basically given full latitude to do what I wanted and it encouraged me to open all kinds of unexpected doors. After a good 5-year break, I wondered where The Fox was these days and realized his ‘freak magnet’ curse had become a family affair. I decided to explore a day-in-the-life story about a man and his wife and their son and how each one of them deals with their idea of what it means to be a hero. I also wanted to deliver a tale that could introduce The Fox to new readers and spark the possibility of more stories!”

Delsante, no stranger to Archie Comics’ superheroes himself, expressed his excitement about the project: “The thing that makes The Fox stand out is that you can tell virtually any story with him! All credit to Dean and Mark Waid for opening the floodgates and making him a ‘freak magnet.’ There’s nothing wrong with telling a typical cut-and-dry superhero story, but I think that being able to throw everything, including the kitchen sink, at the Pattons is extremely tempting.”

THE FOX: FAMILY VALUES ONE-SHOT hits comic shops and digital retailers on May 18, 2022. Reserve your copy today with your local comic shop! Pre-orders are available now from the Archie Comics Web Store. 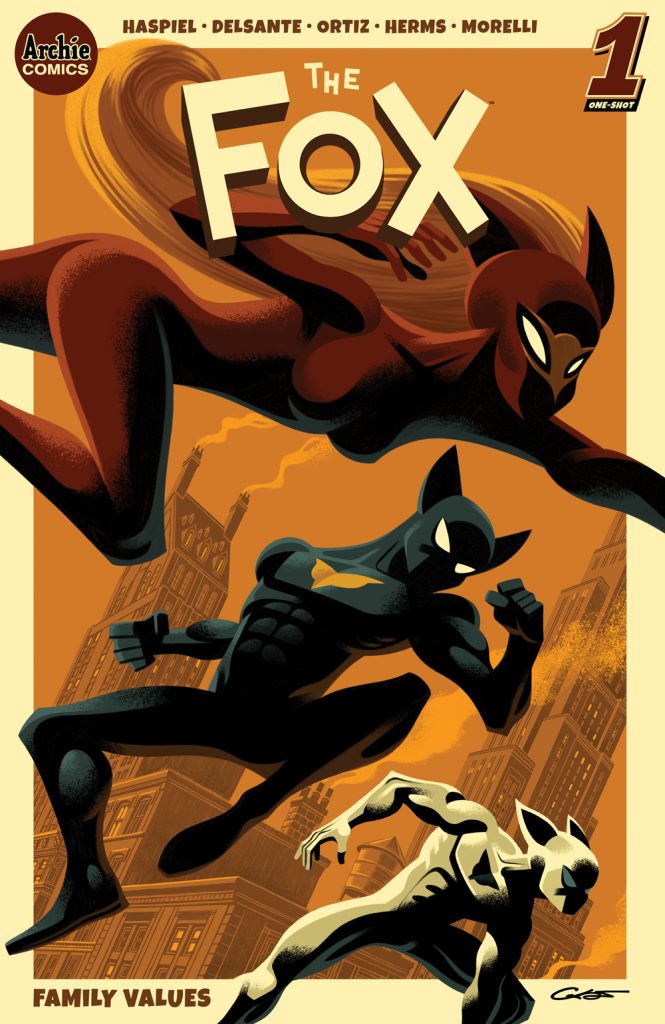 The Fox: Family Values follows the life of the super heroic Patton family, all considered “freak magnets” who can’t help but do what they can to save the day… whether they like it or not! First, Dean Haspiel returns to writing and art duties in “Mid-Life Pisces.” Can a family of antiheroes with three different philosophical points of view break bread at the end of the day? The patriarch, investigative journalist Paul Patton, Jr. (aka THE FOX) is desperate to find another story. He tries to get his son, Shinji (aka GHOST FOX) to come along with him, but his teenage son is more interested in dating than finding exclusive stories! Meanwhile, his wife, Mae (SHE FOX) must confront some sins of her past in the form of two super-villains! Then, in “Back to Back,” written by Vito Delsante with line art by Richard Ortiz, we venture to the past, before Paul and Mae were married! The two are hours away from their wedding ceremony and are presently missing their final wedding rehearsal while they’re detained by a mad supervillain. How will they make it to their nuptials? All that PLUS a special reprint of a classic Fox story by the legendary Alex Toth! 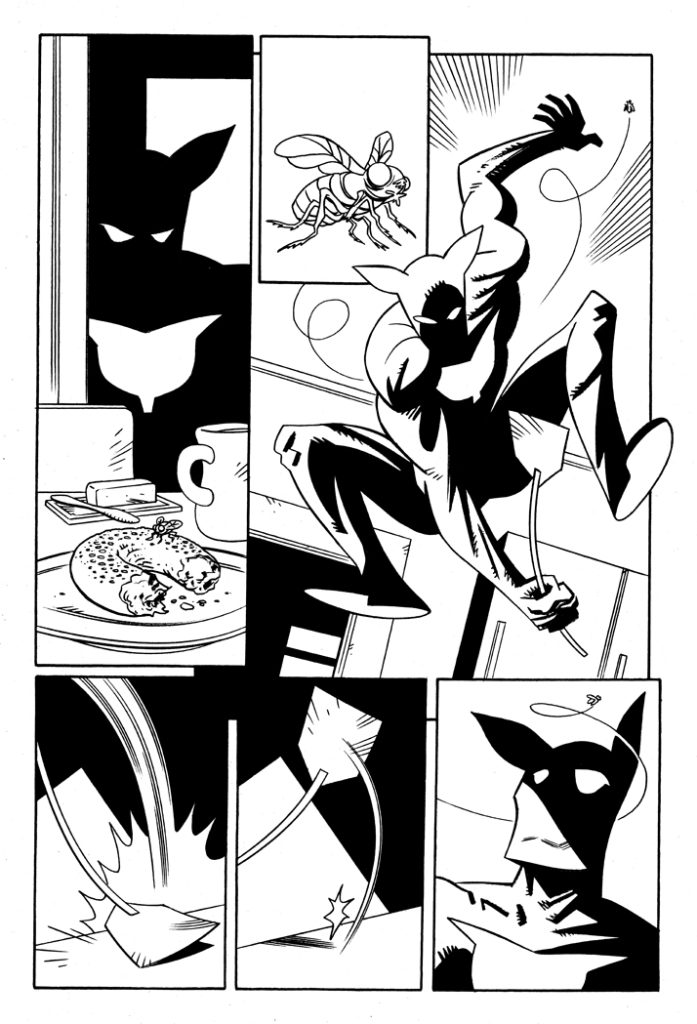 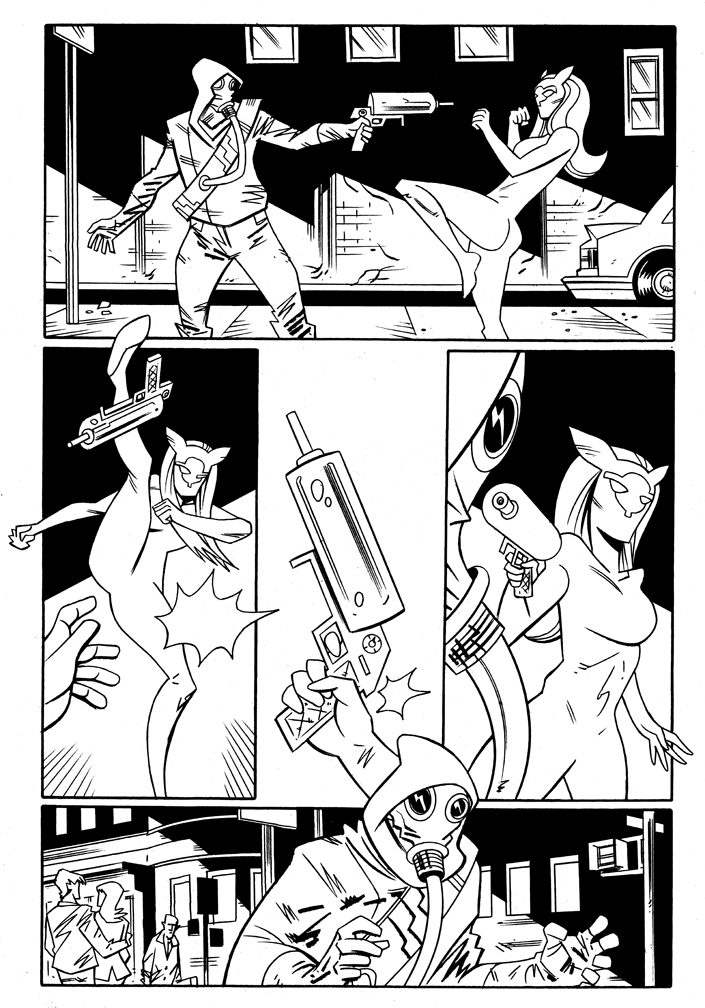