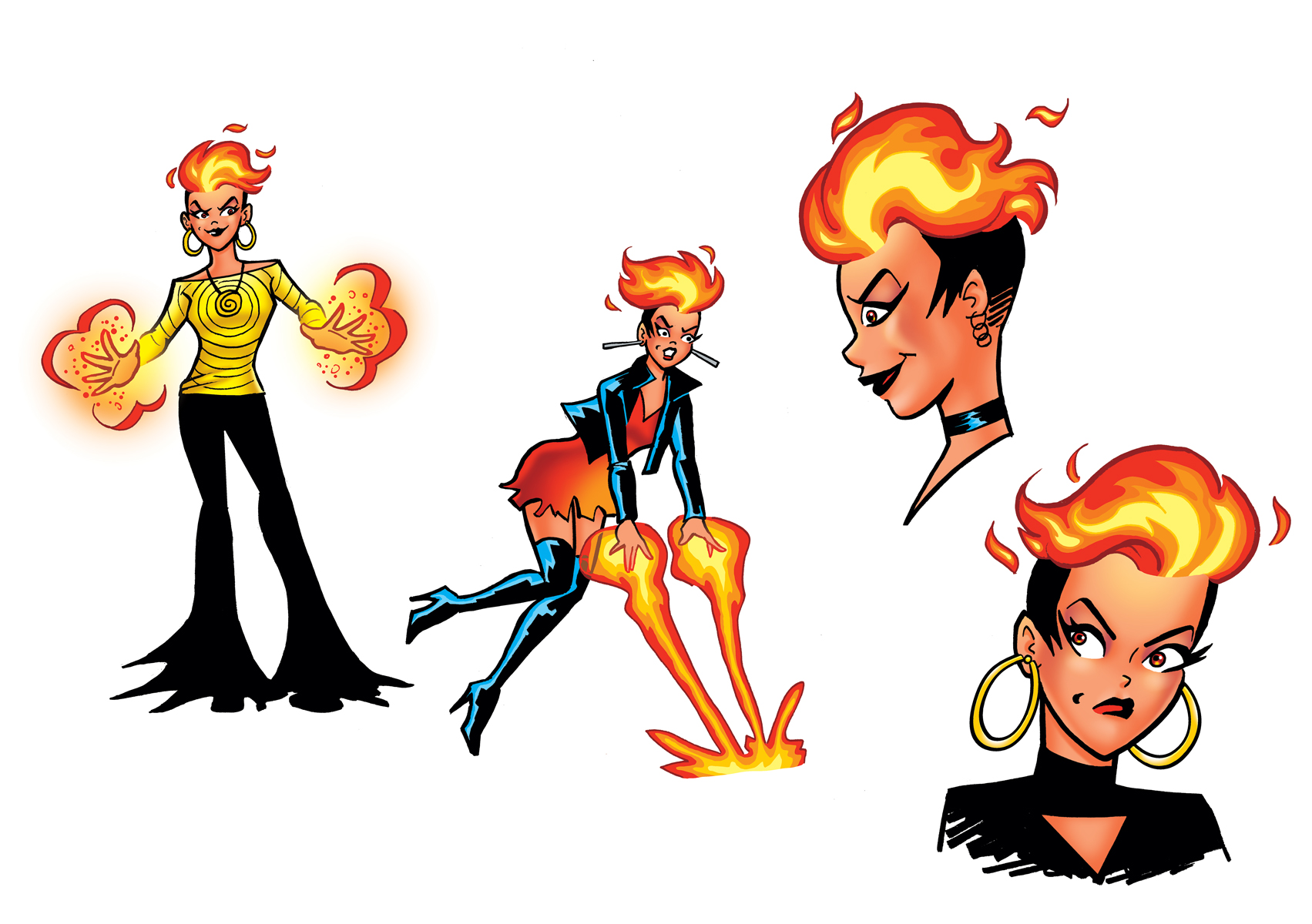 Amber brings magic and mayhem to Greendale in a brand-new Sabrina anniversary special in September!

RESERVE YOUR COPY OF AMBER’S DEBUT!

In the new lead story by Archie Legend Dan Parent, Amber is an evil witch born at exactly the same time as Sabrina. Only one witch born that day may live amongst mortals, and Amber wants her turn, so she has to erase Sabrina from history!

“The creation of Amber Nightstone is super fun because believe it or not, in Sabrina’s 60-year history, she’s never had a true nemesis,” Dan said. “Sure, she’s had her adversaries in the past, but Amber is basically the evil version of Sabrina. And Amber is tired of being cast aside and wants her time in the limelight. So now as Sabrina turns 60, we enter a whole new realm of fun!”

“I started referring to her as ‘Dark Sabrina,’ and that’s where the thinking was originally,” added Archie Comics Editor-In-Chief Mike Pellerito. “Sabrina has a great cast of characters in the comics but didn’t have a magical teen rival until now. That’s how I think of the cast of characters: Is there a way to challenge something established? Do we need someone who can do something different and give us some fun story points? Having Dan Parent on this kind of thing is great; he’s a (not so) secret weapon!”

After Sabrina’s debut in ARCHIE’S MAD HOUSE #22 back in July 1962 (in a story by George Gladir and Dan DeCarlo), she went on to captivate fans for decades with magical adventures in comics, TV animation, a hit sitcom, and the blockbuster Netflix streaming series, Chilling Adventures of Sabrina, starring Kiernan Shipka. This summer’s anniversary celebration also includes a retrospective trade paperback collection and a themed issue of ARCHIE SHOWCASE DIGEST. 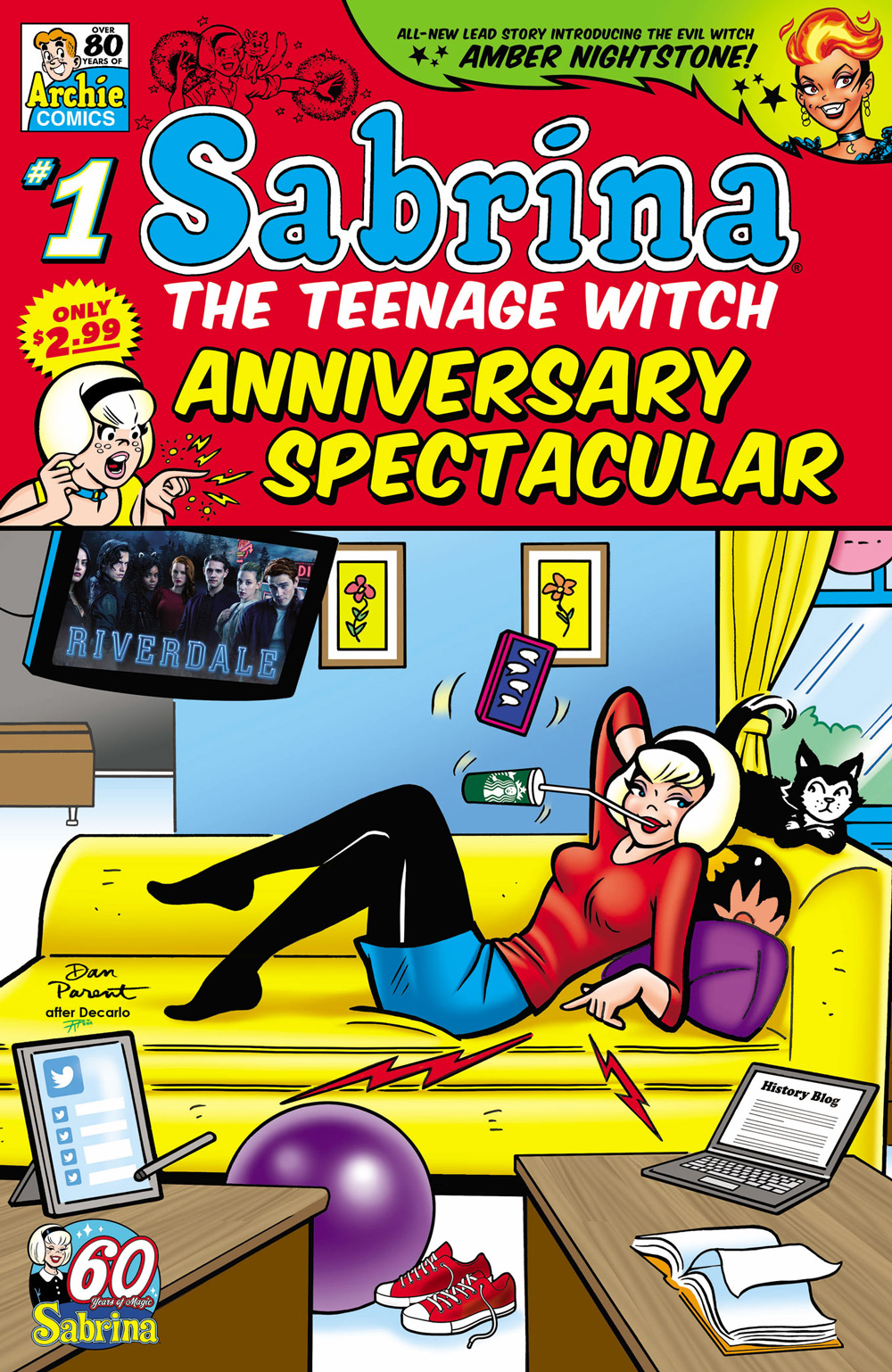 We couldn’t possibly enter spooky season without celebrating Sabrina as much as possible! And we’re kicking off this spectacular with a BRAND NEW Sabrina story that we guarantee will be the greatest Sabrina Halloween story ever! In “Celebration Vexation!” It’s Sabrina’s birthday and she’s celebrating her day—with an epic battle against her nemesis, a BRAND NEW character named AMBER NIGHTSTONE! Amber is an evil witch born at exactly the same time as Sabrina. Only one witch born that day may live amongst mortals, and Amber wants her turn, so she has to erase Sabrina from history! All that plus a collection of classic-style spell-binding stories!