It’s time to take a look inside the new and classic Archie Comics available at comic shops and on digital platforms starting 11/17/21! 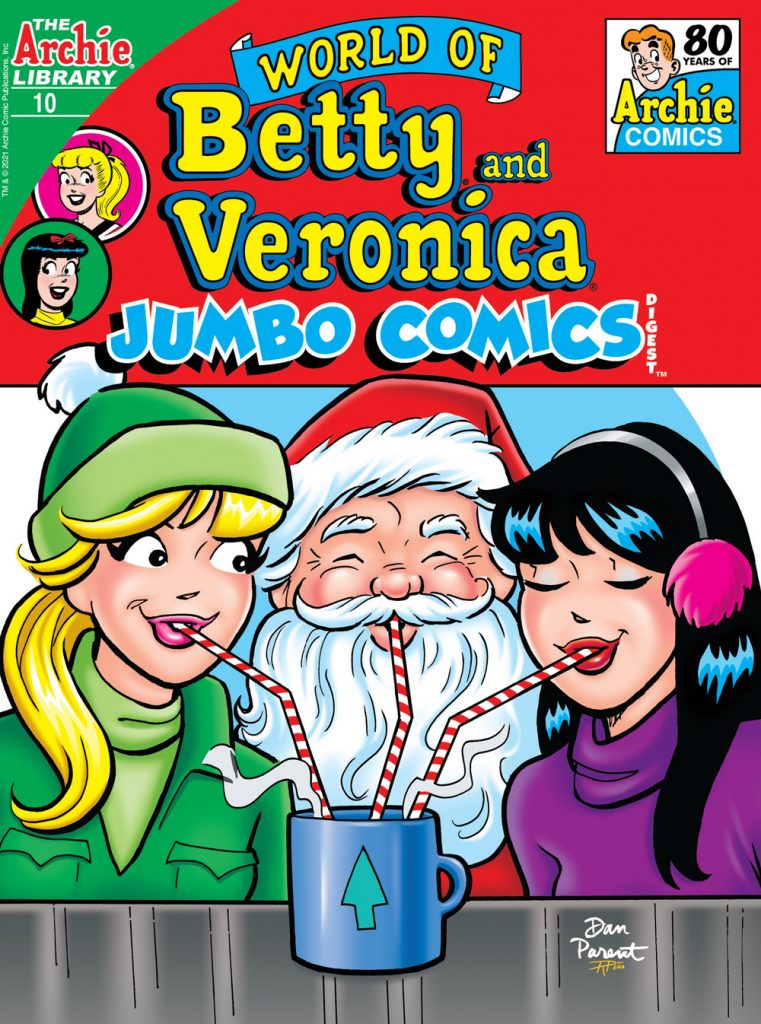 TWO NEW CLASSIC-STYLE STORIES: “Santa Baby!” Santa’s daughter, Noelle, is back in Riverdale on another visit from the North Pole. This time, though, she’s leaving Archie alone—because she’s set her sights on Reggie! One day she makes the mistake of leaving her laptop at Pop’s and Reggie discovers a major piece of intel on her computer… Santa’s Naughty or Nice List! Betty and Veronica want to know where they’ve landed, but Reggie’s got dollar signs in his eyes! What happens when that kind of info falls into the hands of Reggie Mantle?

Then we have another bonus tale from the world of That Wilkin Boy! In “An UpLIFTing Story,” Sampson Smythe couldn’t be prouder of his only daughter when he learns that she’s entering the annual Midville powerlifting competition—that is, of course, until he learns Samantha’s broken his powerlifting records. He tries to deter her from entering the contest, but Samantha has her eyes set on the prize. Sampson recruits Bingo to dissuade her but he disagrees with her father—until he, too, learns that she can bench more than him! Will Samantha heed their advice and retreat, or go for the gold?

Get the issue from your local comic shop!

Read it on ComiXology! 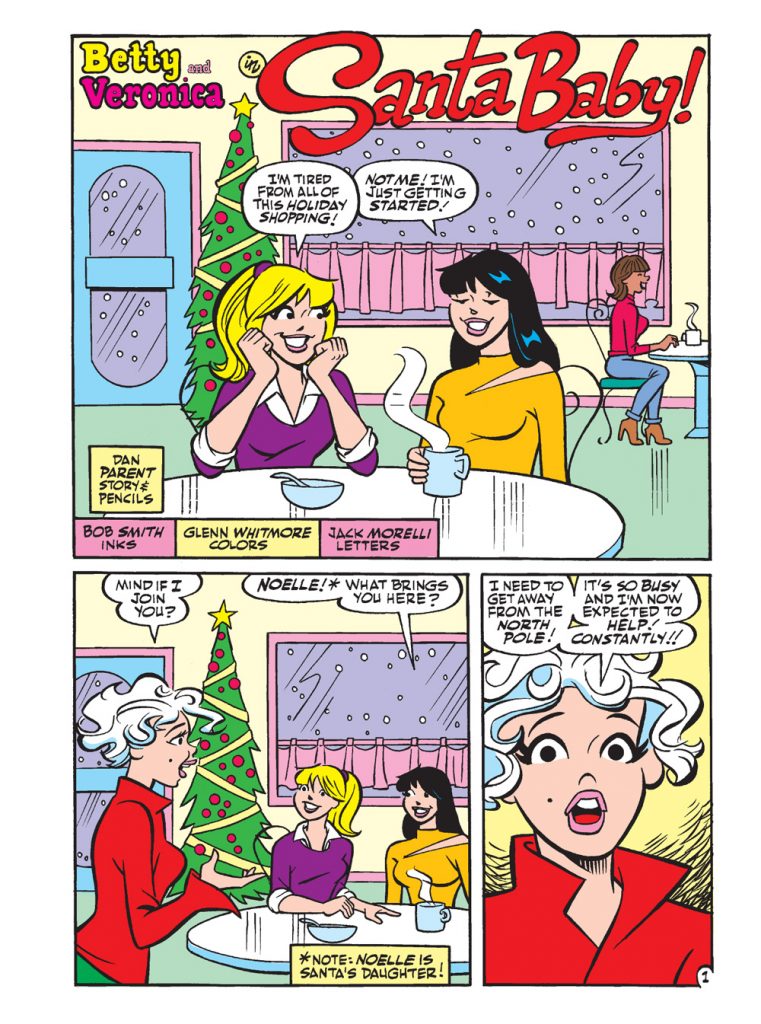 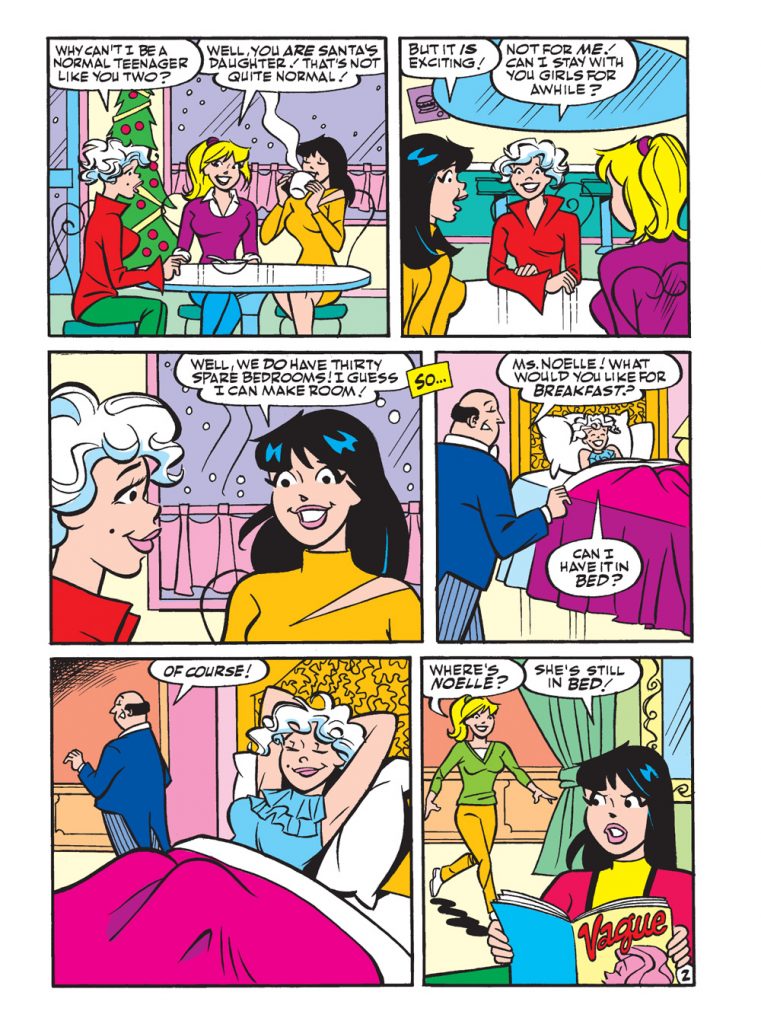 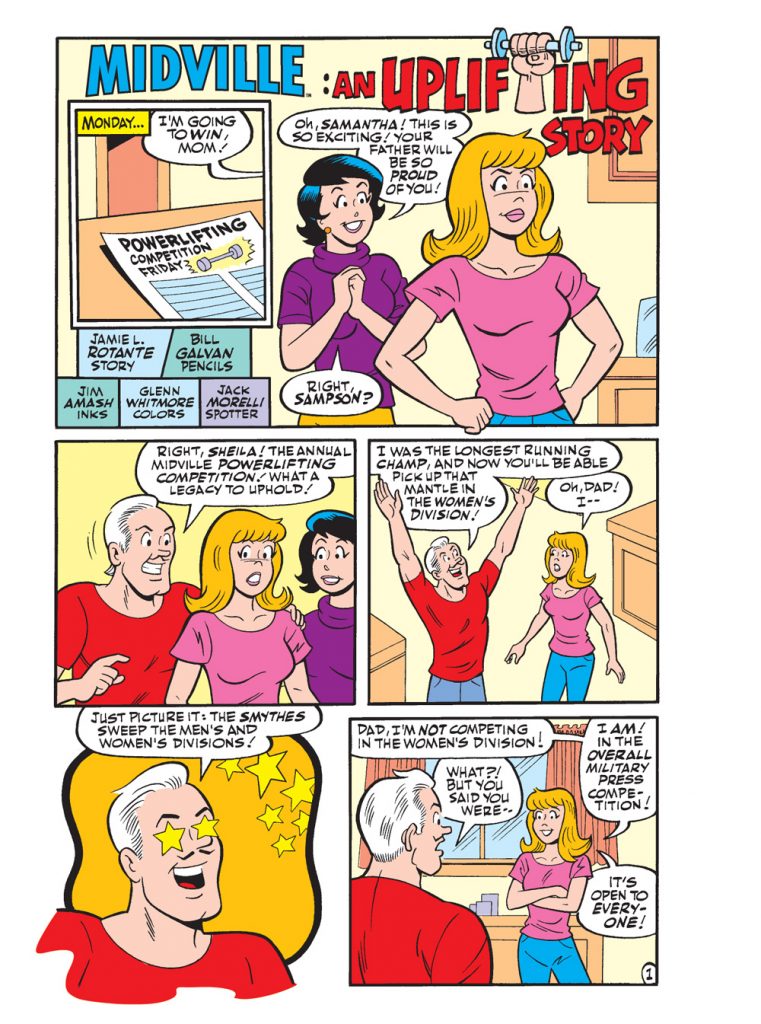 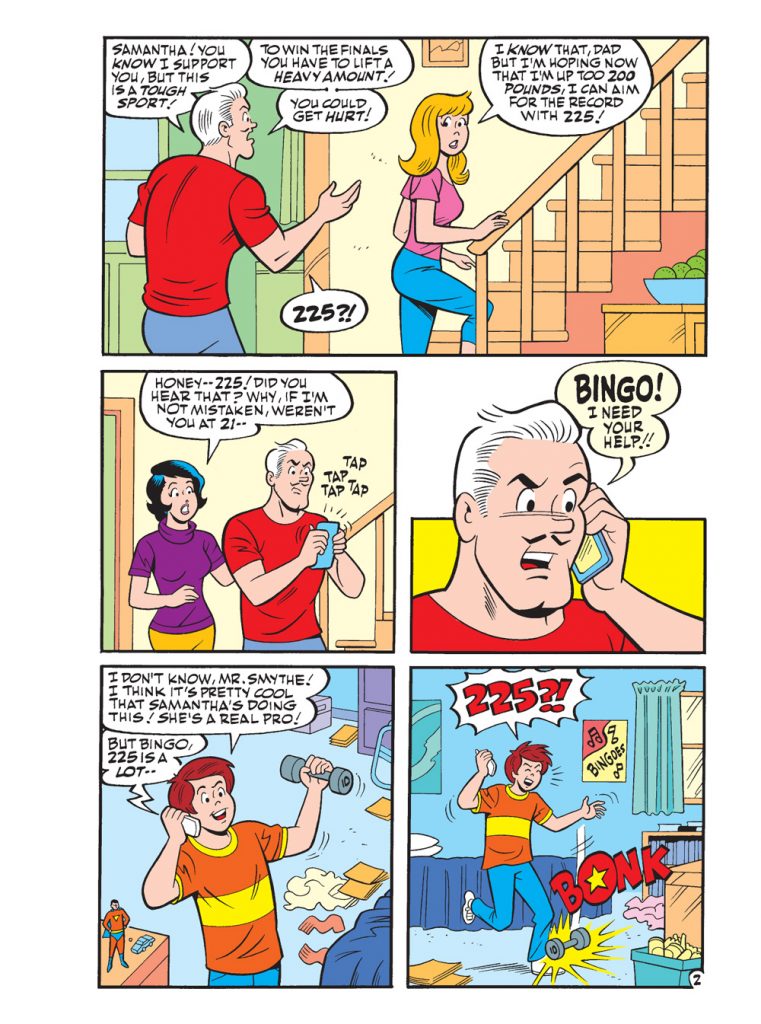 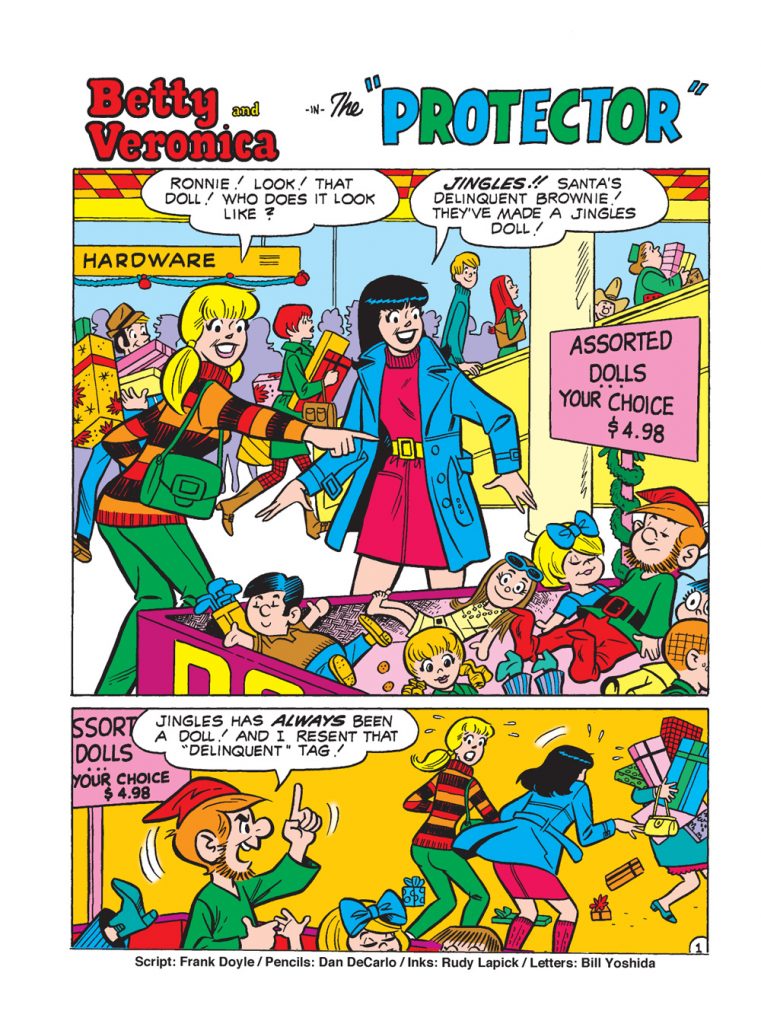 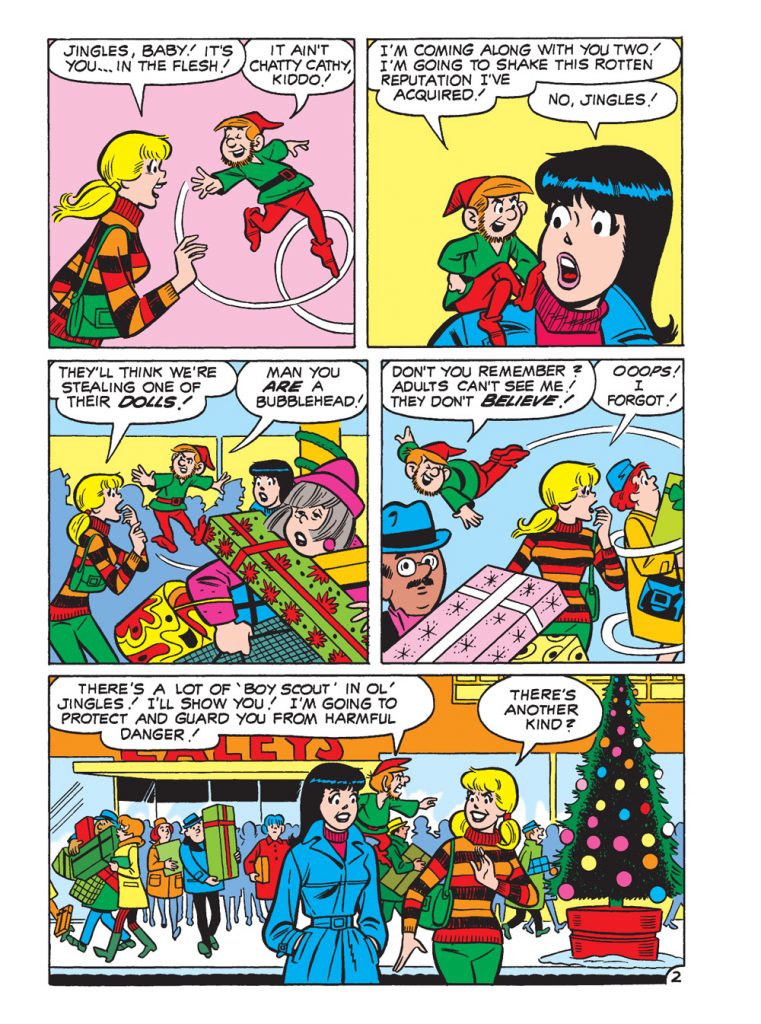 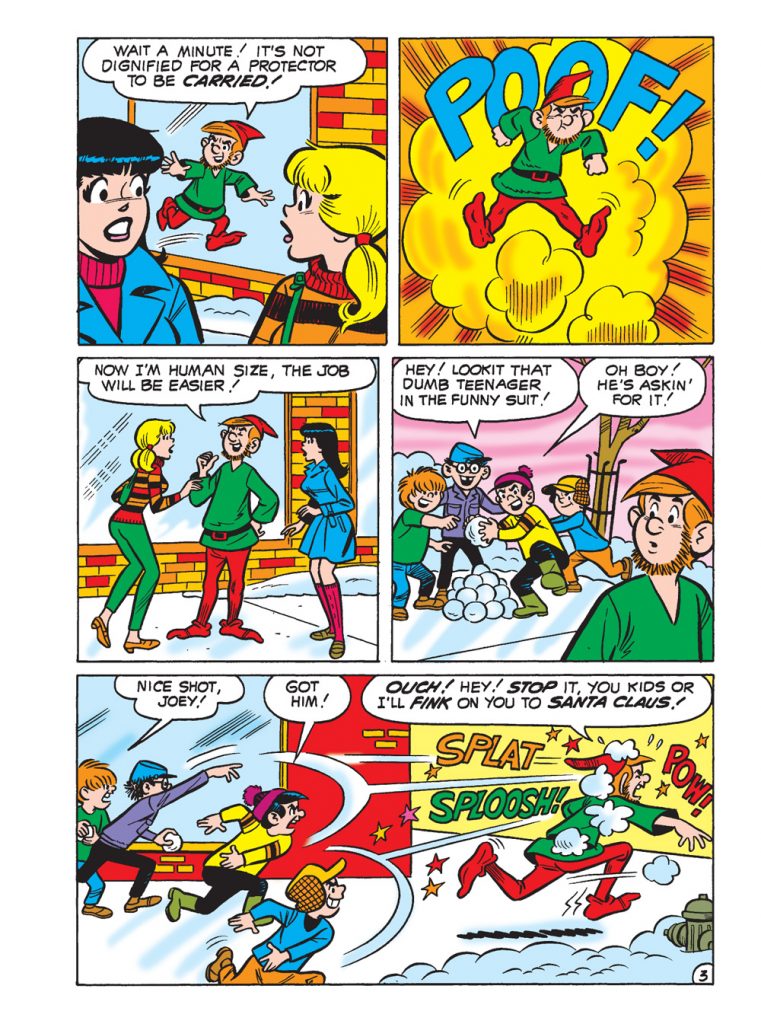 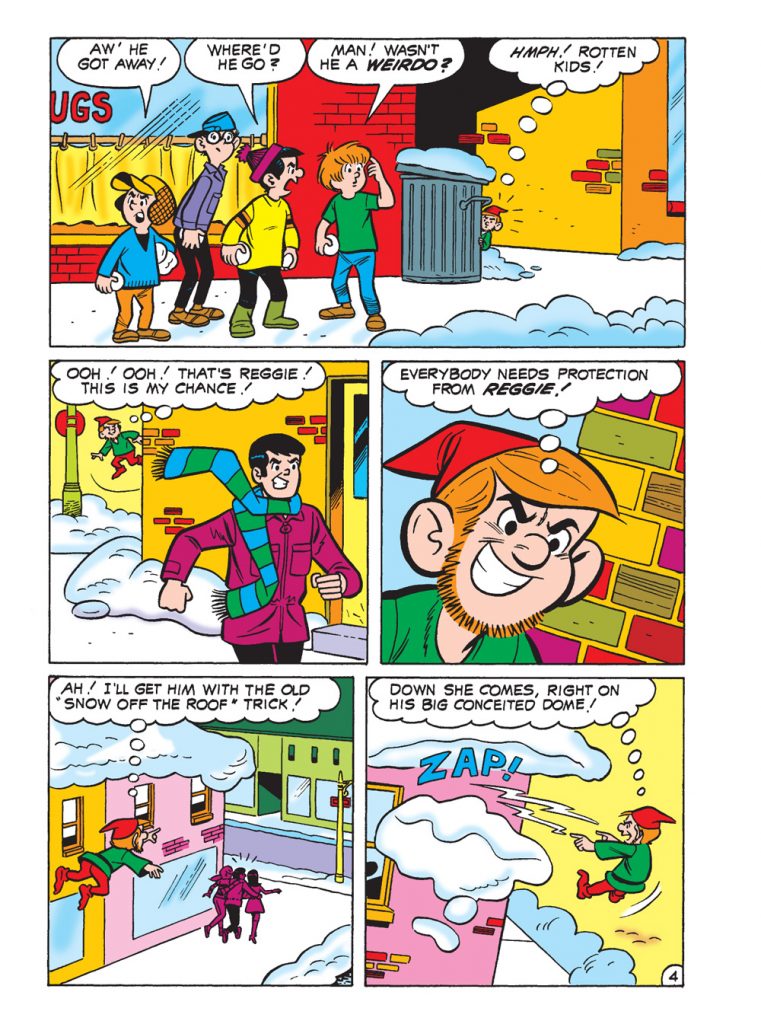 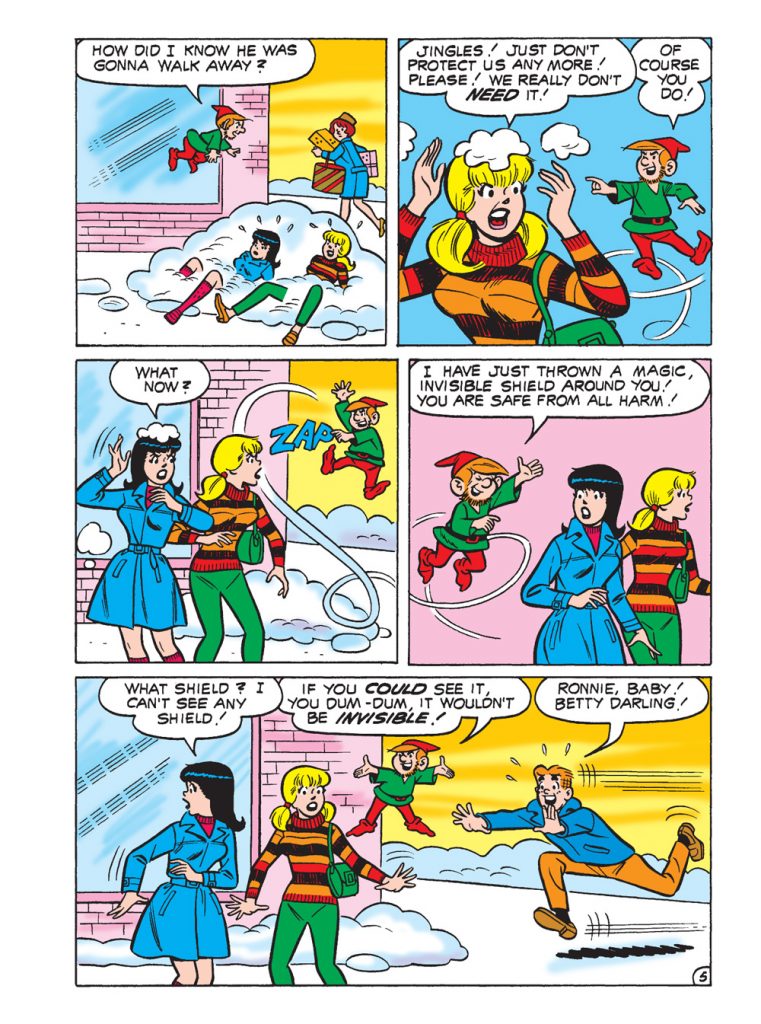 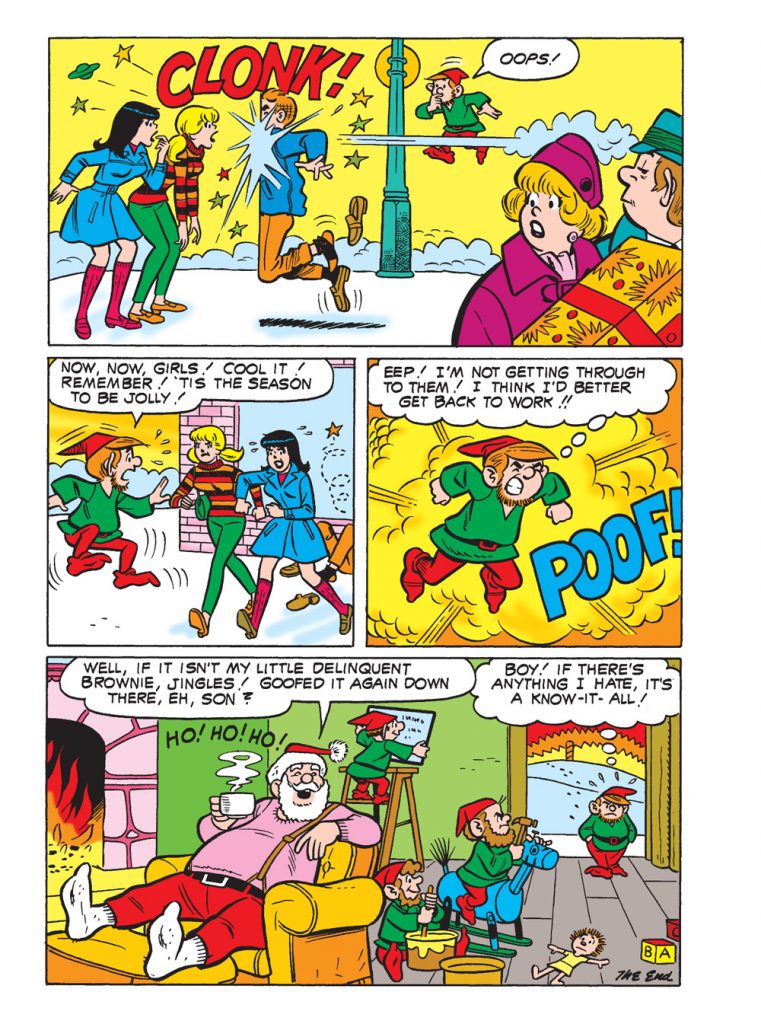 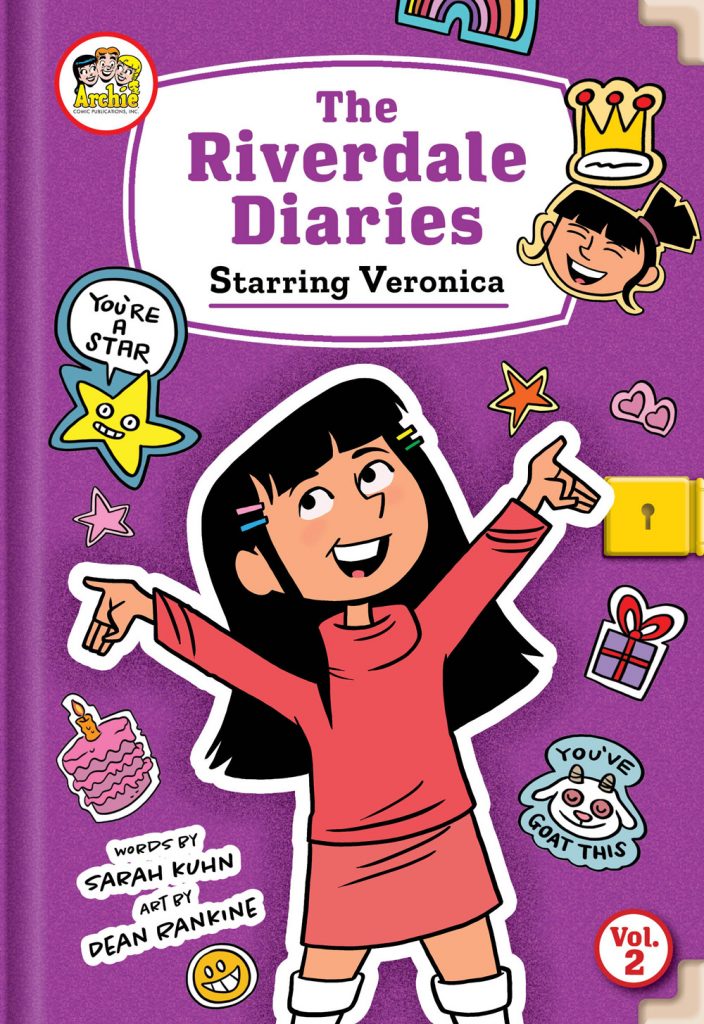 Veronica Lodge has always been the most fabulous and popular kid in her class. But ever since she started middle school, she’s become a small fish in a much bigger pond. Now, Veronica is terrified her classmates will find out her wealthy dad is out of work. Worse, she has a birthday coming up, and her parties are always huge, grand events. If she can’t have a party this year, then everyone will know the truth about her father, and she just can’t deal.

When Veronica learns about the annual School Spirit Contest — which happens to have a cash prize attached — she makes up her mind to win the contest and use the money to fund her festivities. Her only obstacle is the infuriatingly cool and older Cheryl Blossom, who’s handily won the contest two years in a row. Can Veronica save her birthday?

What do you think?

This second volume of the fantastic middle school series done in partnership with Archie Comic Publications, Inc. reunites the fantastic cast of iconic characters reimagined in a new style and setting. Author Sarah Kuhn and artist Dean Rankine, making his middle-grade graphic novel debut, bring the heart and humor once again to a story that will have readers laughing and crying and hugging their besties. STARRING VERONICA is for anyone whose parent lost a job, whose birthday was in danger of being canceled, or who just needs to remember how fantastic they really are. Welcome to Riverdale!

Order from these online retailers! 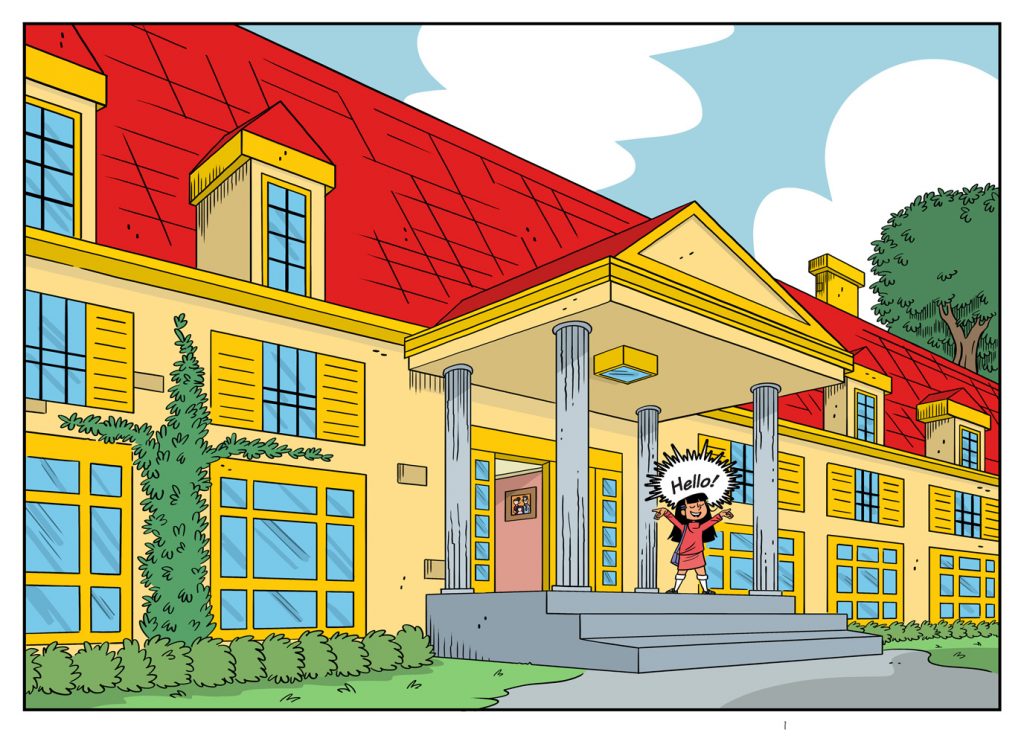 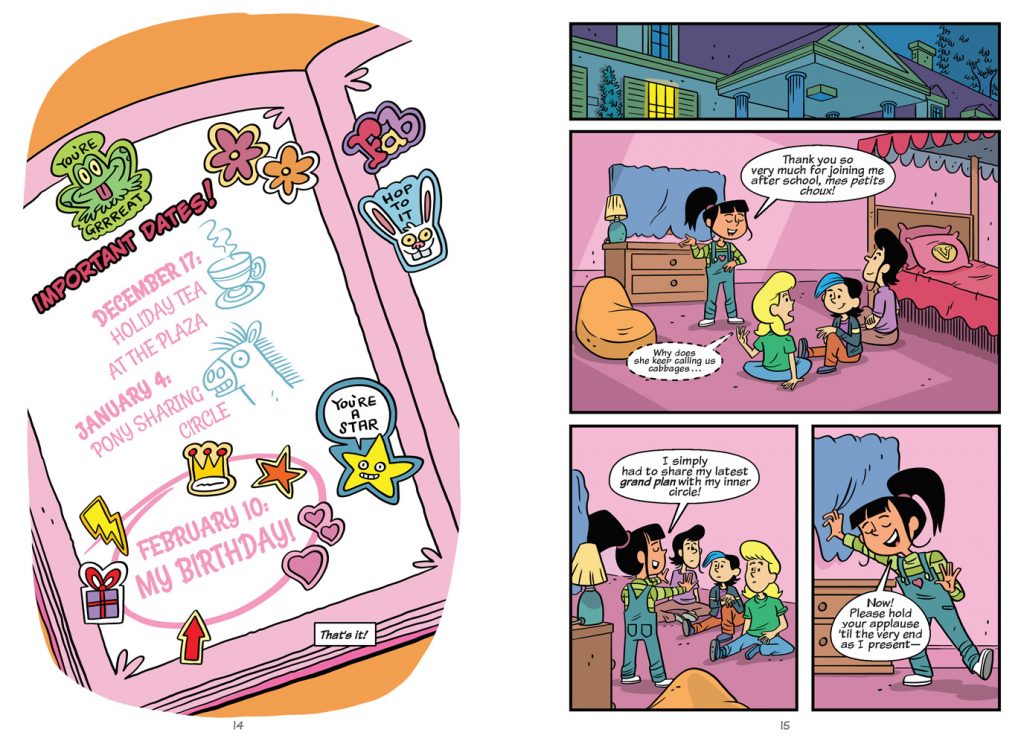 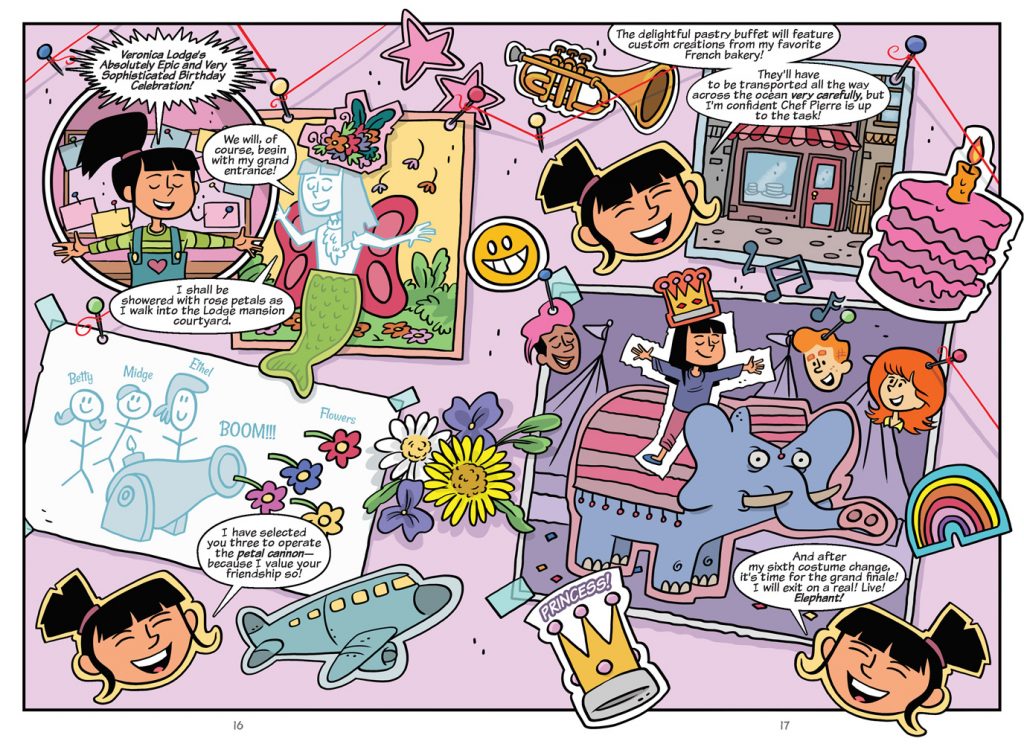 CHAPTER 11 AVAILABLE FOR FREE ON WEBTOON 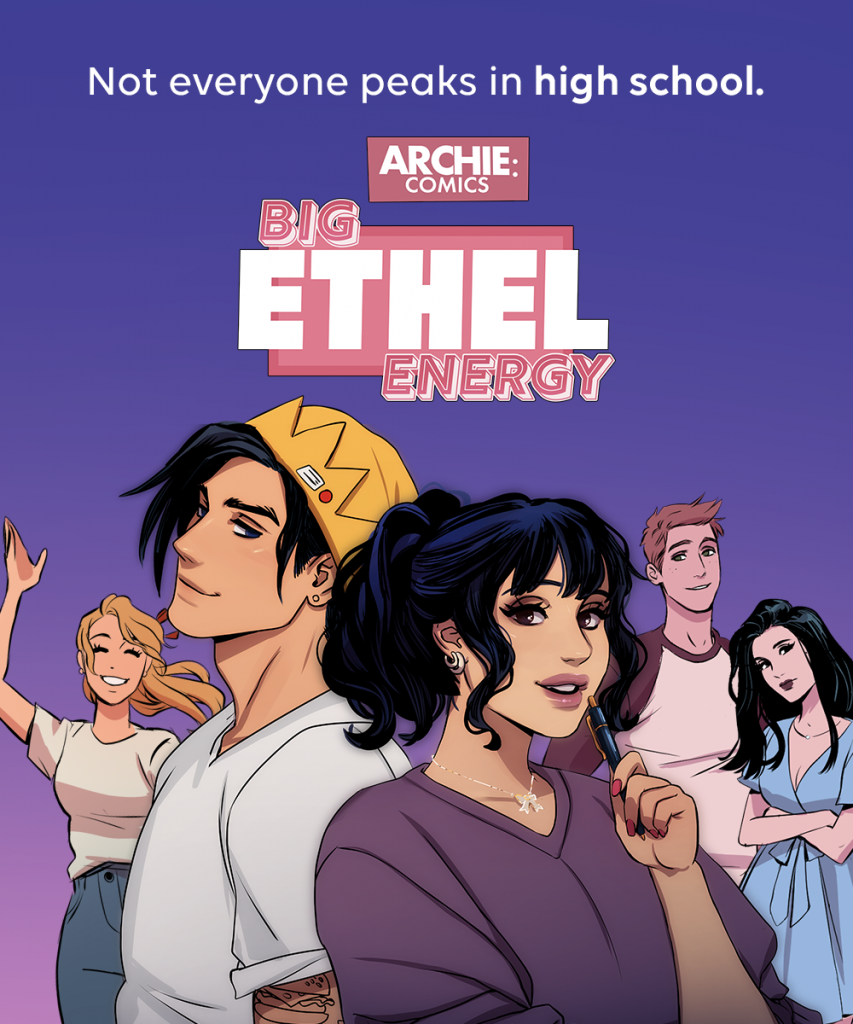 A WEBTOON DIGITAL EXCLUSIVE! After her meetup with Ethel and Betty, Veronica visits Reggie at work but it sounds like she may be up to no good when she decides to throw Ethel a party. Elsewhere, a mysterious character is introduced.

Read these on ComiXology! 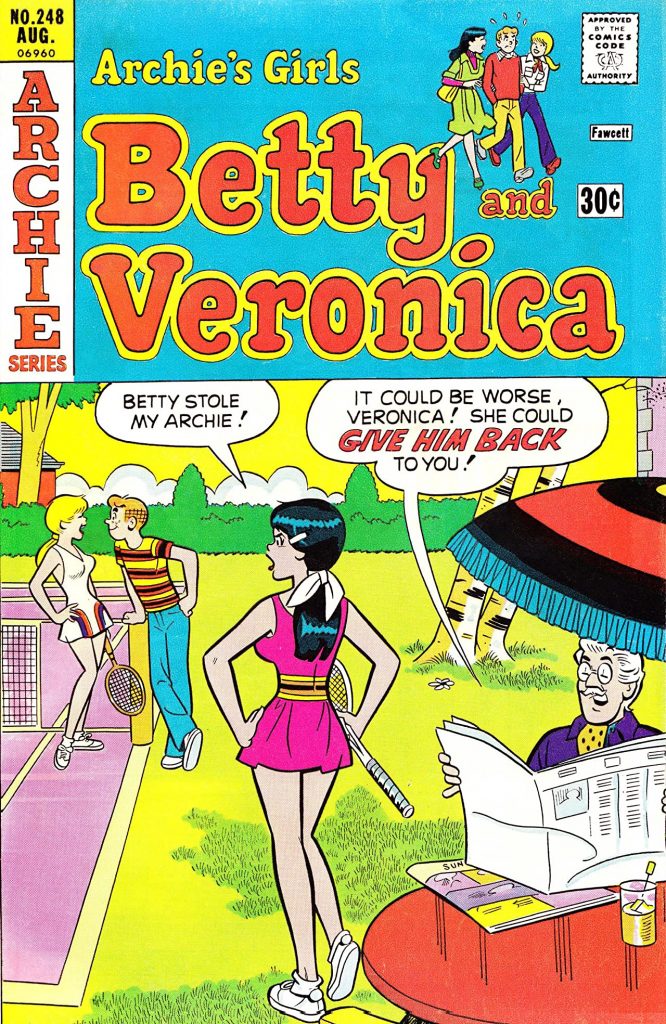 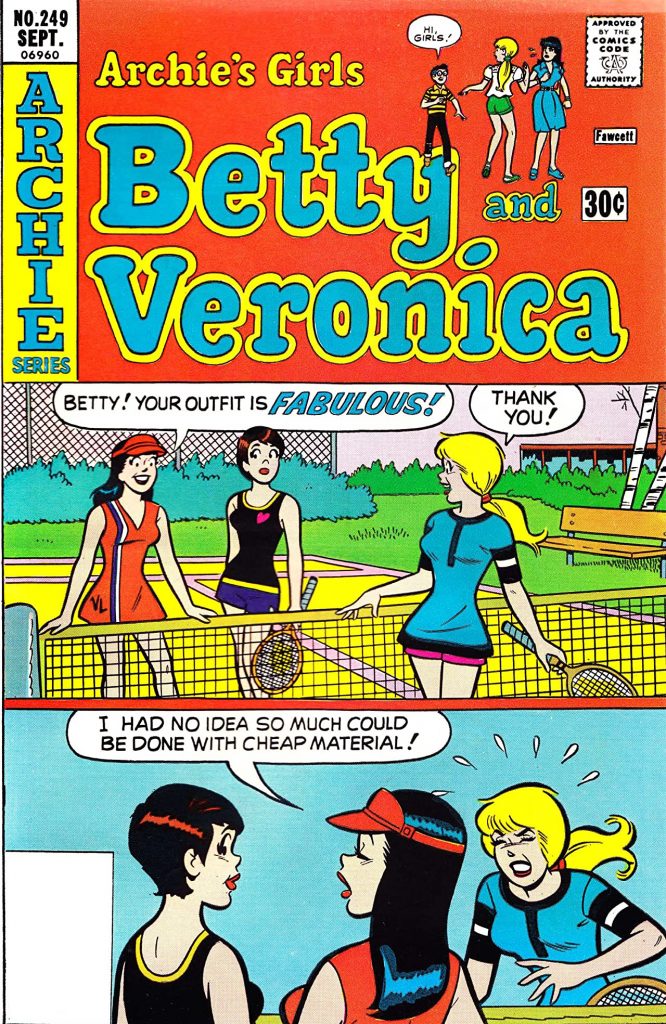