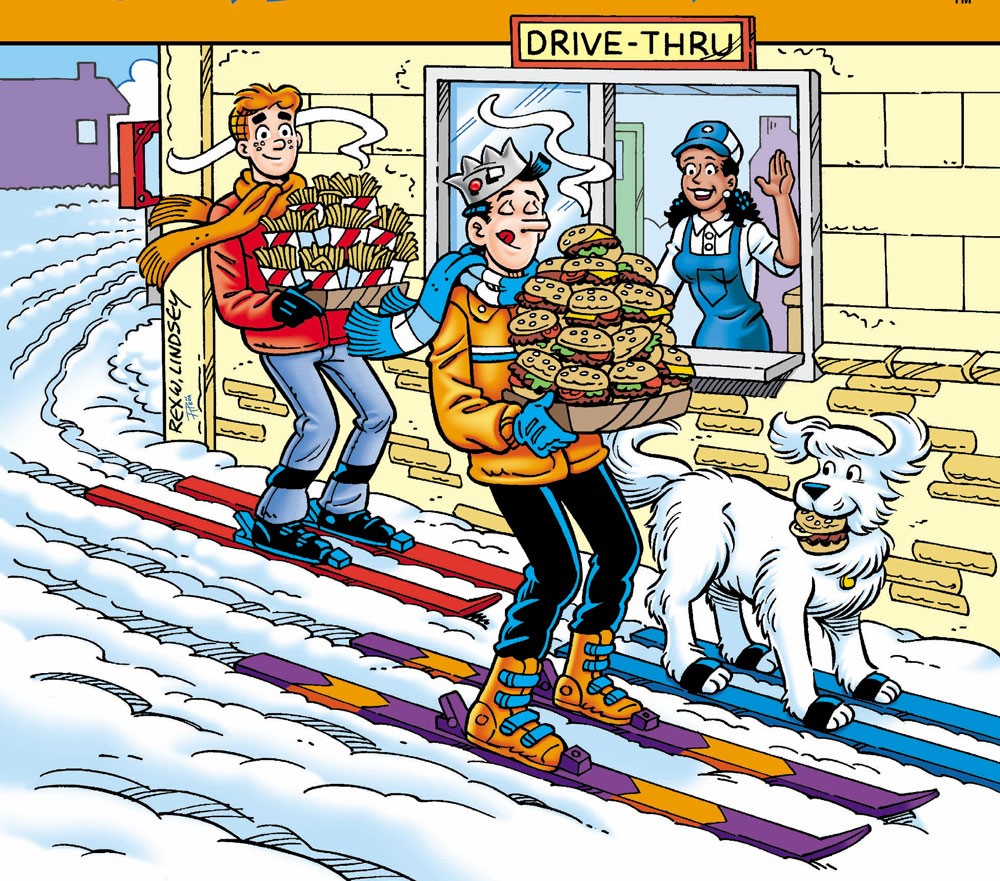 Betty becomes the final girl on a scary ski trip, and love is in the air in February’s new releases! To pre-order, contact your local comic book shop using the Comic Shop Locator, or directly from the Archie Comics Shop. 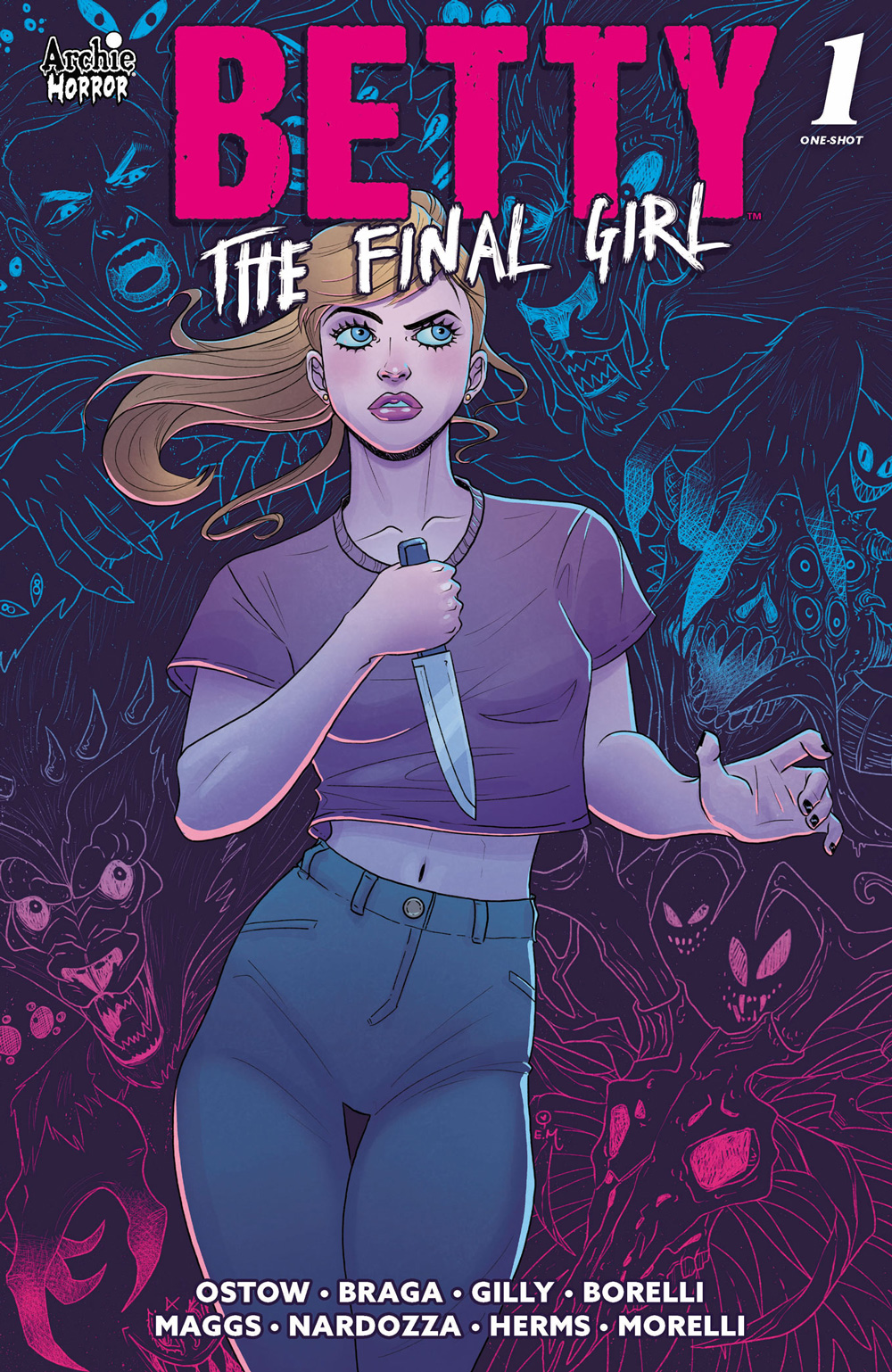 Veronica has invited Betty to her luxurious mountaintop chalet for a cozy weekend of skiing. But their girls weekend is interrupted when Archie shows up and whisks Veronica off on their own snowy romantic adventure. What could go wrong at a fancy remote cabin in the mountains all by herself? Betty’s mind races and she can’t tell fact from fiction as she suddenly realizes she might not be so alone. Is Betty believing too much in the horror movies she’s watched, or is someone (or something) really out to get her? Find out in this BRAND NEW horror anthology one-shot that‘s equal parts Scream and When a Stranger Calls.

Love is in the air with a BRAND-NEW story to kick off this collection of romance tales! In “More Than Meets the Eye,” a new student has arrived at Riverdale High! Cassie Cloud is tall, confident, funny, and catching all the guys’ attention—much to the chagrin of the girls. But she doesn’t seem interested in the most popular guys in school—instead she’s been hanging with the likes of Randolph, Dilton, Toño, Raj and even Prankenstein. What can Archie and Reggie do to get her attention, without catching the ire of Betty and Veronica? The short kings rise in this new Valentine’s tale! Plus, a collection of sweet stories perfect for that special someone! 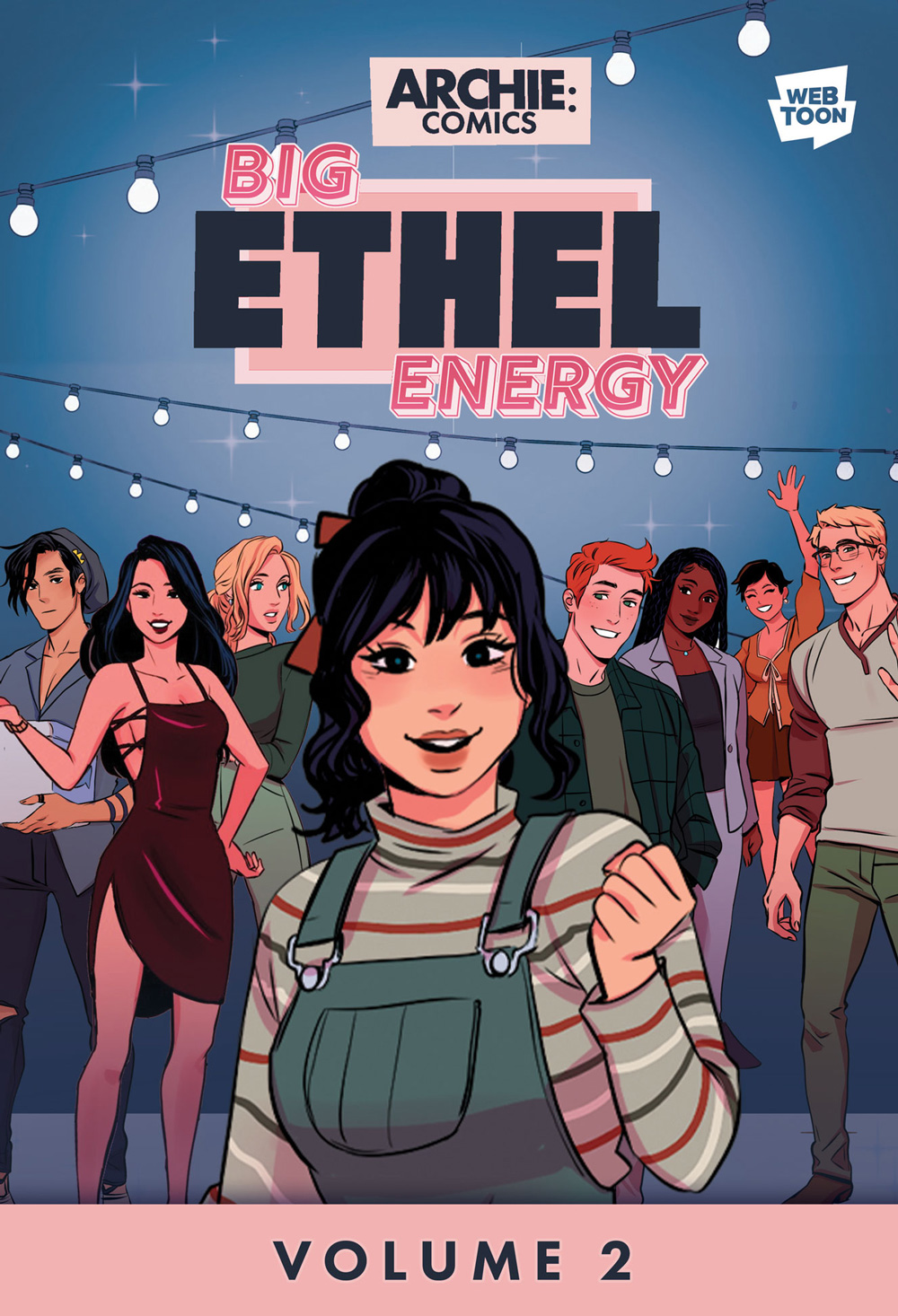 The second volume of the hit WEBTOON series Big Ethel Energy is here! When we last left off, Ethel’s return to Riverdale has been confusing and everyone seems to be dealing with something—Archie’s going through it, Betty’s obsessing over her boss Seth, Jughead is cold and distant, and Veronica is… well, Veronica. And as for Ethel—it seems like feelings were starting to brew between her and a most unlikely counterpart: Moose! But Ethel’s never had much luck with love—so why would this be any different? Plus, what secrets about Riverdale will she discover while she’s hard at work on a story about its history? 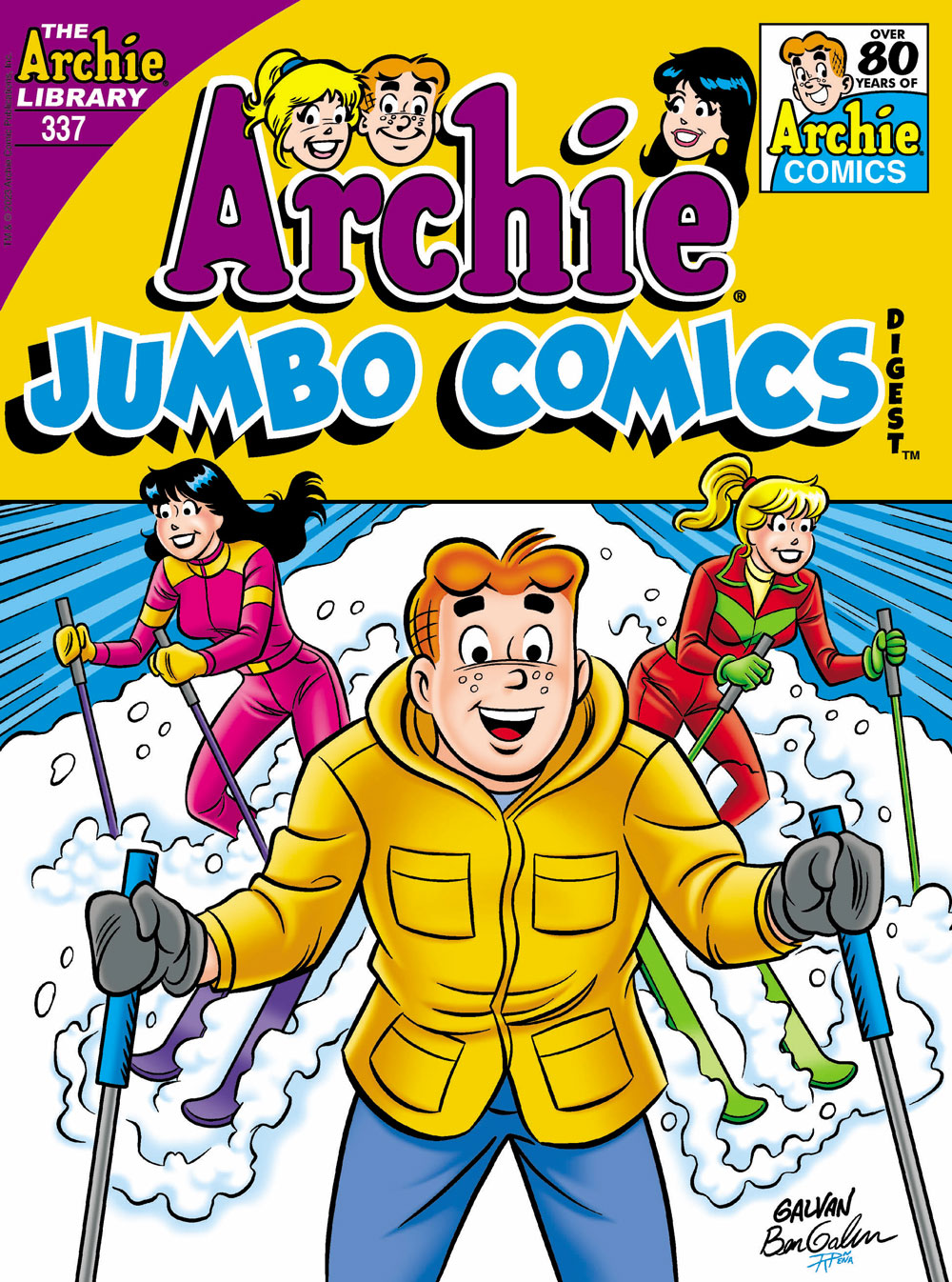 TWO BRAND NEW STORIES! First, in “The Ghost Of Grimloch Island,” Superheroes The Shield and Wizard have sent the Boy Buddies to investigate rumors of a ghost on Grimloch Island. Little Archie, who often goes fishing on the island, has made friends with its sole inhabitant—a hermit called Harry. Harry isn’t happy about these ghostly rumors. He doesn’t want his peaceful island overrun by tourists and ghost-hunters. Can Little Archie team up with Harry to scare the Boy Buddies away?

Finally, in “Detective for a Day,” Archie and Jughead happen to walk right into the middle of a fight scene between Fu Chang and a gang of criminals. As Fu Chang takes them down, Archie and Jughead’s eyes widen with excitement and decide right then that they, too, want to be awesome crime-fighting detectives like him! Will they be able to learn from the master, or will they get under his skin before he can give them a taste of the detective life? 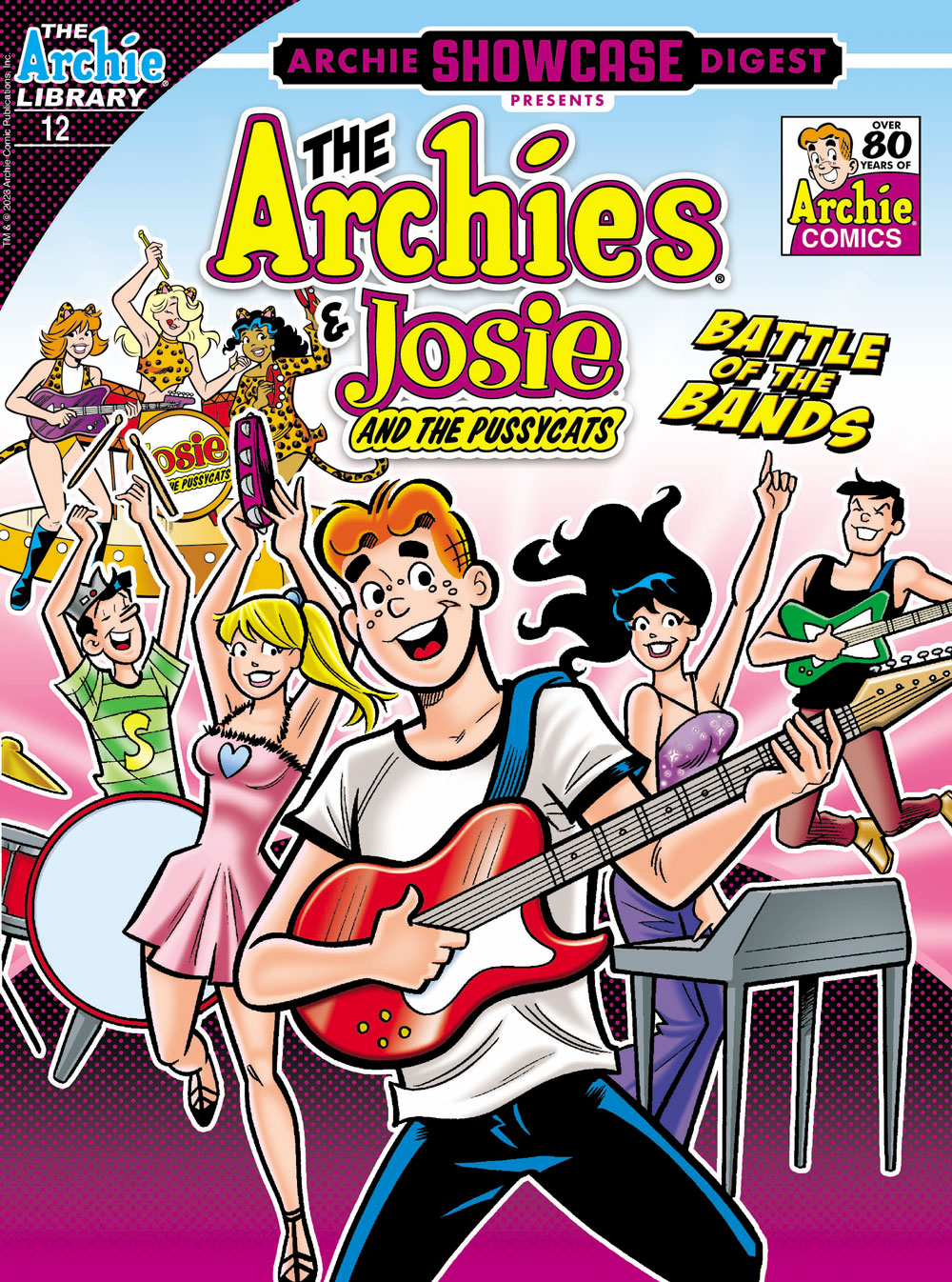 Showcase Digest returns, this time with some musical mayhem! Collecting the full storylines of “The Archies and Josie and the Pussycats” and the history-making “Archie Loves Valerie,” get ready to rock out and fall in love with this hilarious, harmonious collection of stories! 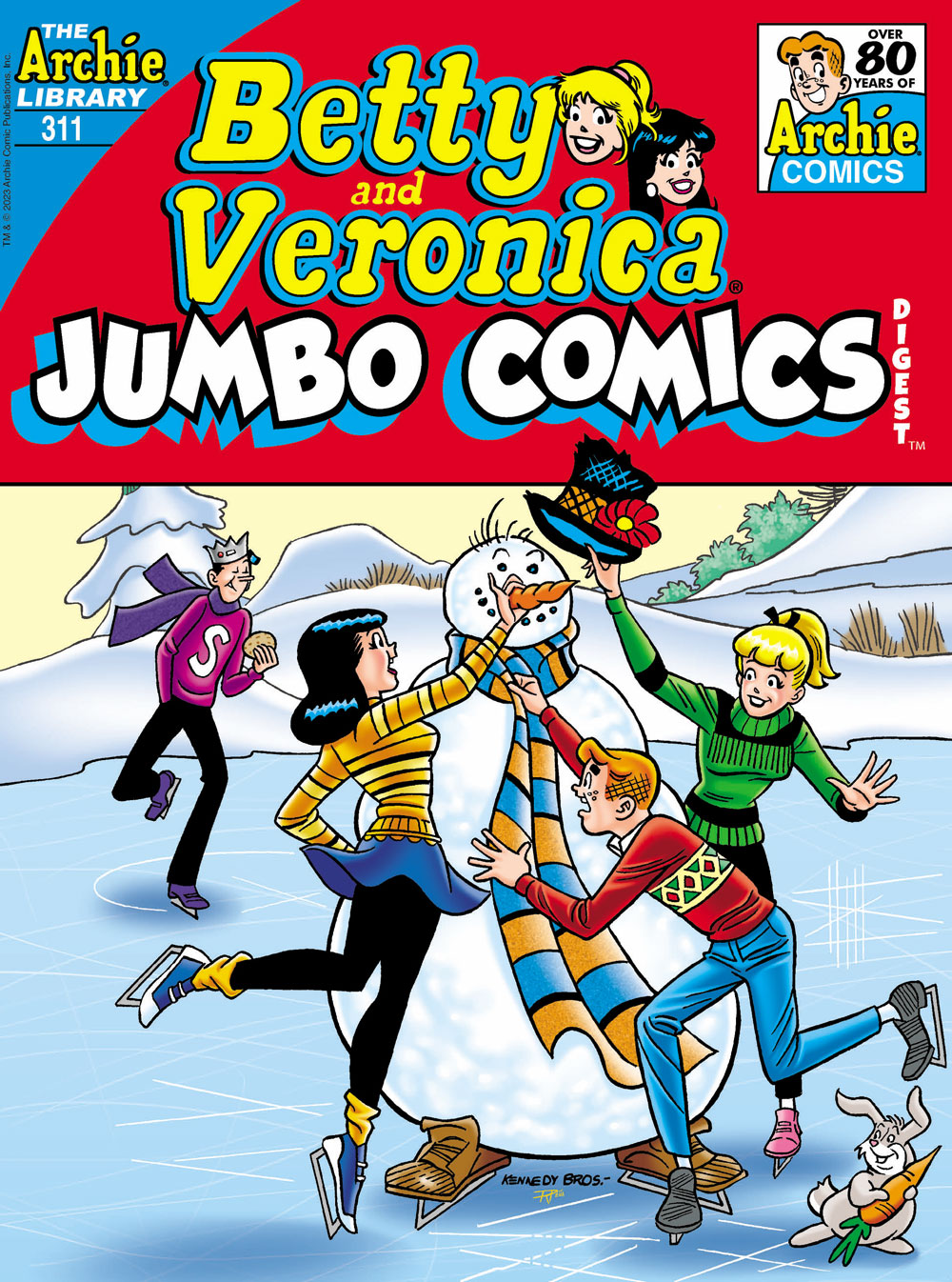 TWO BRAND NEW STORIES! First, Little Betty and Veronica are touring the Montgomery Military Academy, at Veronica’s uncle’s suggestion. The school’s Commandant assigns the Boy Buddies to escort the girls. But Betty and Veronica notice someone that catches their eye… and it’s not a cute boy! The two are on the case to track down someone they think might be up to no good, with the Boy Buddies by their sides!

Finally, in “Ransomware Beware,” Lodge Industries was hit with a ransomware attack. If Mr. Lodge doesn’t pay $100 million, all of the company’s computers could be wiped. This looks like a job for Detective Fu Chang! Fu Chang believes the hackers have been posing as high school students. With his guidance and mentoring, Archie volunteers to go undercover and pretend to be a master hacker with the hopes of being recruited by them so he can expose their operation! But can Archie pull of this hi-tech heist? 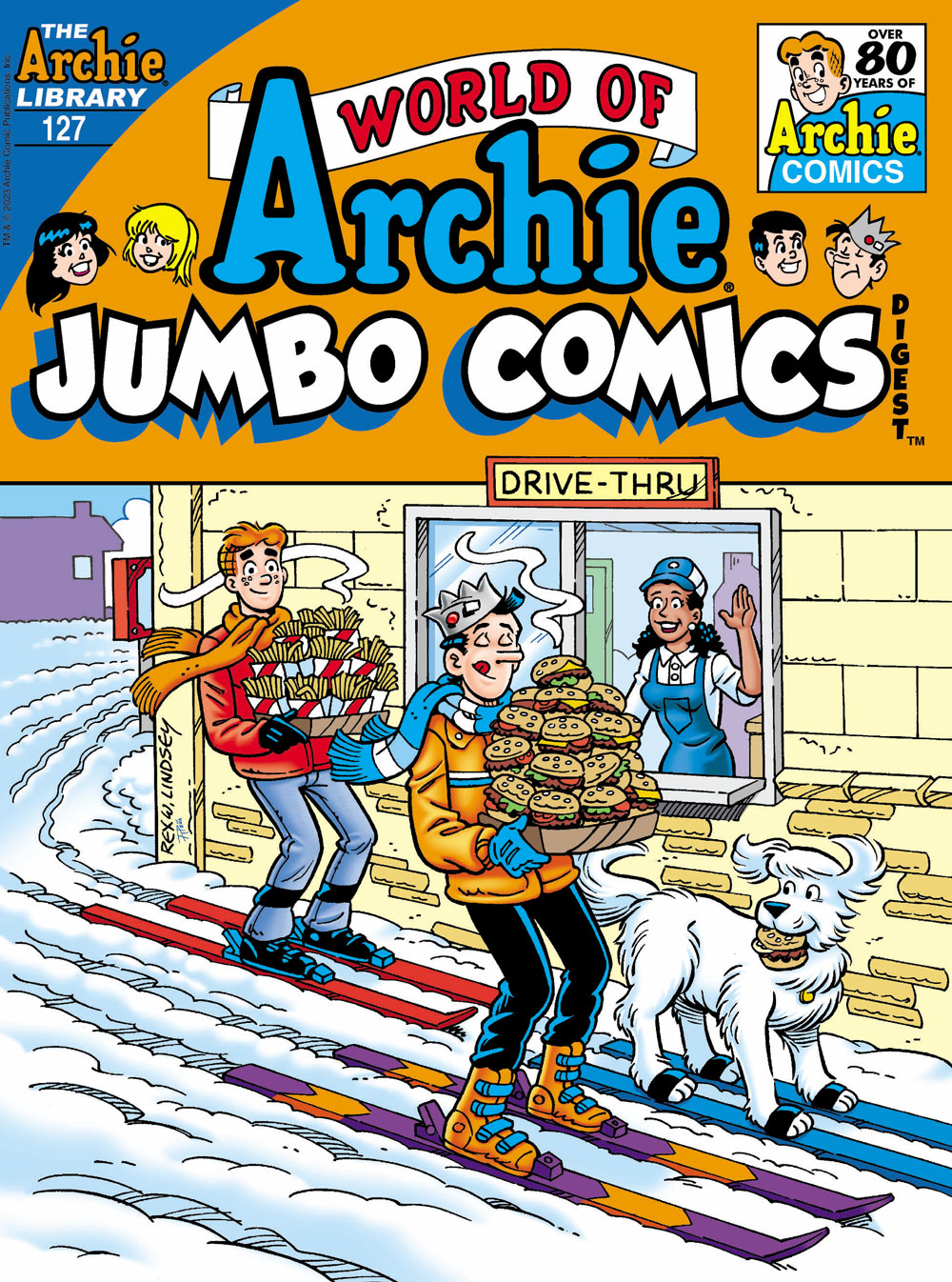 TWO BRAND NEW STORIES! First, in “Commando & Conquer,” Archie’s signed up the guys for a “boot camp” exercise program to prep for beach season. Unfortunately, he missed that it’s run by Cpt. Commando, who promises to make them into the next generation of Boy Buddies. Can the guys keep up with the Captain’s military-grade workouts?

Finally, in “Snap(shot) Decision,” Jughead is taking a photo-journalism class from Paul Patton when they’re ambushed by a super-villain who’s mad that Paul did an unflattering expose about them. It’s time for Paul Patton to don his costume as The Fox and save the day—but will this change Jughead’s mind about his passion for photo-journalism, or will it make him want to spring into action?