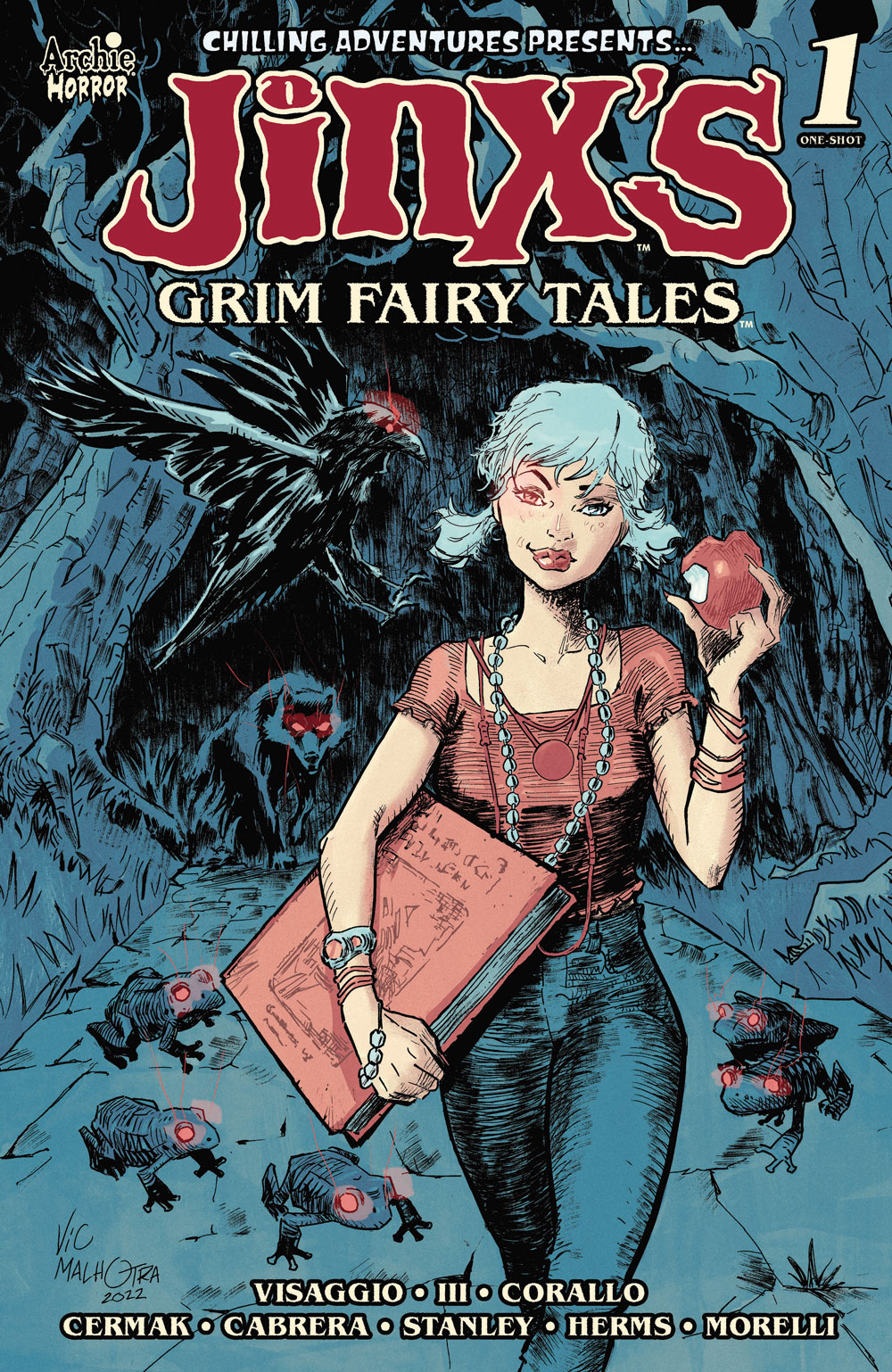 Archie Comics kicks off a season of new horror releases with a one-shot anthology hosted by the classic character Jinx Holliday!

Archie Comics is kickstarting Halloween early with the August release of CHILLING ADVENTURES PRESENTS… JINX’S GRIM FAIRY TALES. The one-shot anthology features a trio of stories hosted by a grown-up version of the classic Archie character Jinx Holliday, better known as Li’l Jinx, and it leads a full season of new horror releases to be announced in coming weeks.
.

The issue opens with a framing story by Magdalene Visaggio (Eternity Girl) and Craig Cermak (Red Team) in which babysitter Jinx keeps her unruly charges in line by sharing some especially grim moralistic fairy tales. Visaggio and Cermak also tell one of those sinister stories, “The True Story of Cantanella.” Li’l Jinx first appeared in Pep Comics #62 by Joe Edwards back in 1946. She earned her nickname by being born on Halloween and kept up an appropriately mischievous spirit in a decades-long comics run.

Archie Comics Senior Director of Editorial Jamie L. Rotante said, “Jinx is a character we’ve been wanting to explore more and we’re so excited we finally get the chance to . . . and what better way than having her as the cool babysitter who scares kids with creepy stories? I mean, her name is JINX, how perfect is that? We were so happy we were able to blend the framework of spooky fairy tales and Jinx as our eager narrator and protagonist.” 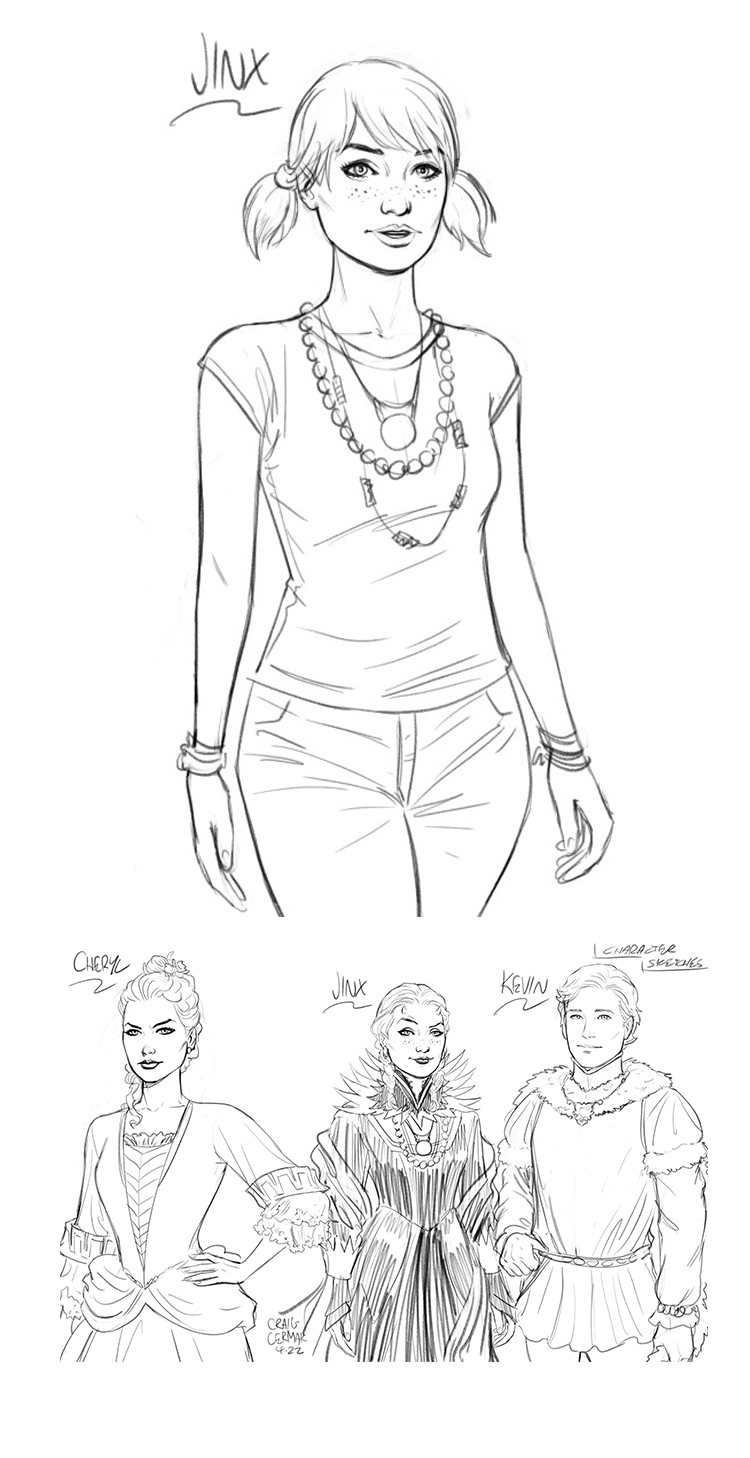 Writer/actor James III (Netflix’s Astronomy Club) and Evan Stanley (Cosmo the Mighty Martian) contribute “Suzie & the Monkey’s Paw” to the anthology, which is rounded out by “Will the Real Sorcerer Please Stand Up?” by Joe Corallo (She Said Destroy) and Eva Cabrera (Betty & Veronica: Vixens).

“Archie is such a wild universe,” James III said. “They have the most wholesome comics under the sun as well as some of the most gruesome horror imaginable. There’s a darkness, a shadow hovering over my story.”

The comic comes from the esteemed mature readers imprint, Archie Horror, which has launched several groundbreaking series including AFTERLIFE WITH ARCHIE and CHILLING ADVENTURES OF SABRINA. The imprint brings exciting, truly horrific tales to adult fans of the genre, with interpretive stylistic artwork by some of the comics industry’s best talents.

“Like a lot of comics readers, the Archie Horror renaissance got me excited about Archie all over again,” Corallo said. “And getting to write an Archie Horror story is an opportunity I didn’t take lightly. I pored over Golden Age Archie stories, more recent adventures, and episodes of Archie’s Weird Mysteries to help me craft the best story I could.” 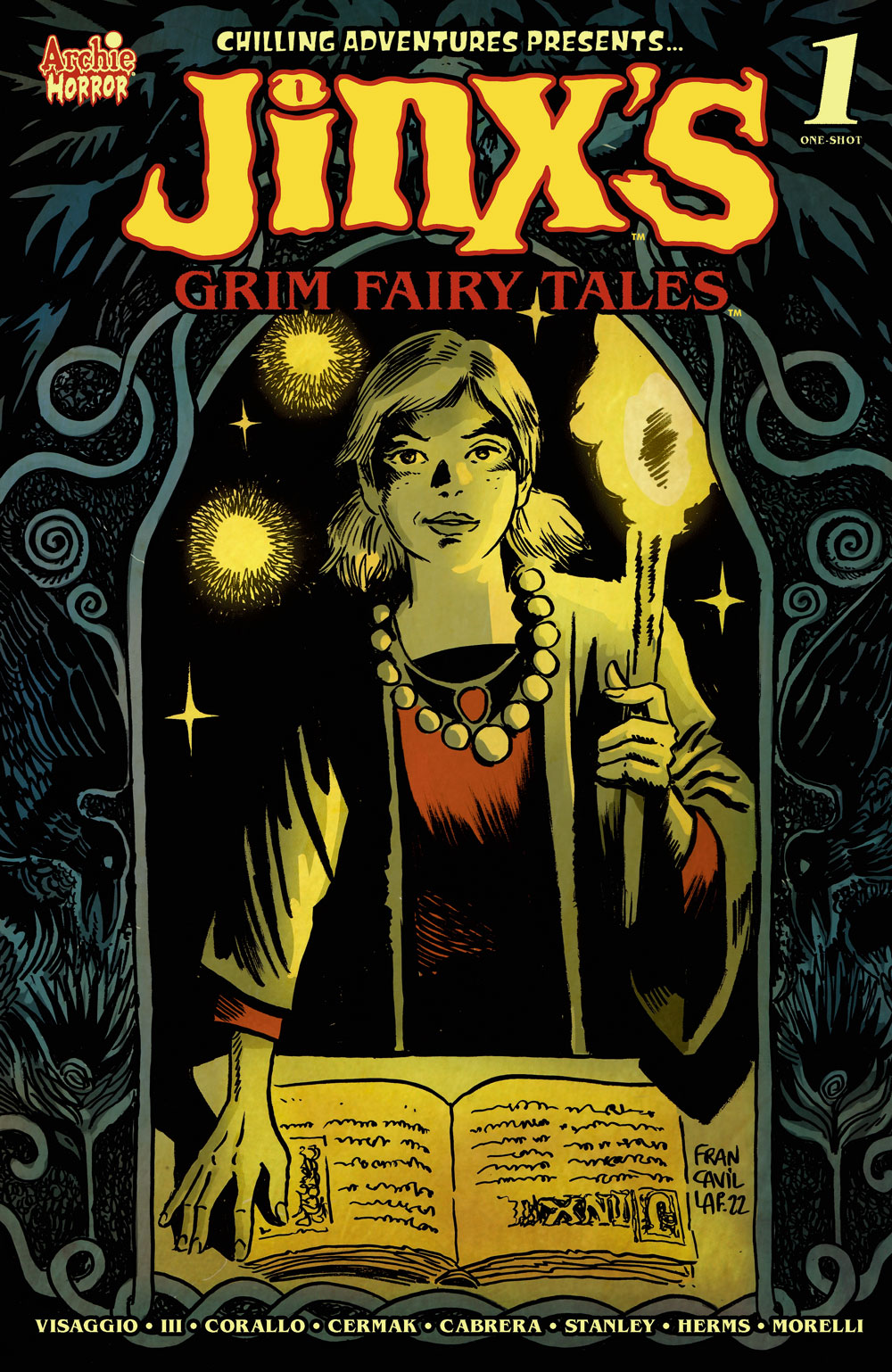 Teen Jinx Holliday is Riverdale’s go-to babysitter. The (often unruly) kids that she watches over always change, seemingly for the better. The key to her success? Her book of unique fairy tales, all of which tell a moralistic story—usually grim, gruesome ones that frighten the children with Jinx as the star of each and every one. What sinister, I mean, serious lessons will she teach her wards?