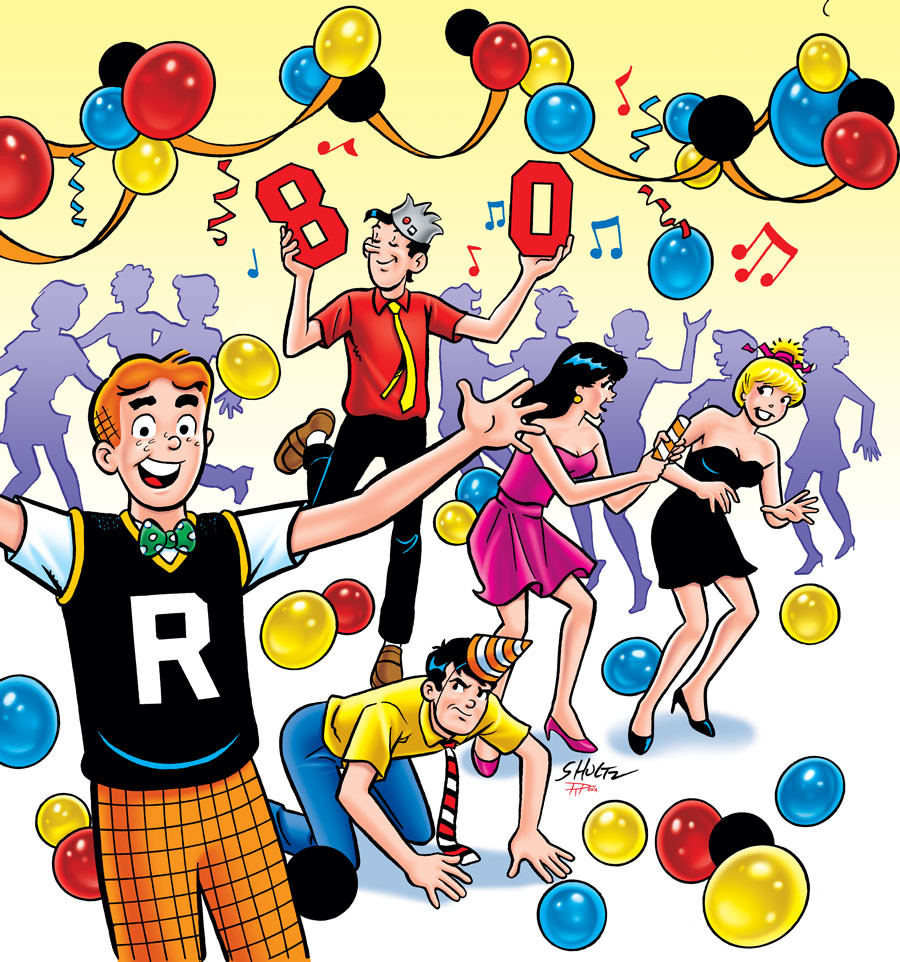 Archie Comics will join Comic-Con International in launching their new Comic-Con Museum as one of the first exhibits as part of this weekend’s Comic-Con Special Edition in San Diego. “Eight Decades of Archie” will celebrate 80 years of Archie Comics and Riverdale hijinks. This world-premiere exhibition celebrates both the vast cultural legacy of Archie Comics over its 80-year span and the enduring appeal of its ever-evolving cast of typical American teenagers. Attendees will be welcomed to Riverdale through vintage comic books, original art, unique props and other exclusive memorabilia, all built to delight both the most ardent and casual Archie fans.

“It’s a joy to be able to celebrate the 80th anniversary of Archie Comics with Comic-Con International,” said Archie Comics CEO/Publisher Jon Goldwater. “The Archie Comics characters are an integral part of the global pop-culture tapestry and have inspired multiple generations of fans and readers since the early 1940s. The ‘Eight Decades of Archie’ exhibit is the perfect way to showcase Archie’s massive historical impact and the continued relevance of these characters and stories.”

“It’s such an honor to be working on this Eight Decades Of Archie pop-up as part of the Comic-Con Museum’s inaugural season” said Patrick A. Reed, the exhibition’s chief curator. “Given the longstanding relationship between Archie and Comic-Con, I can’t imagine a better venue in which to tell this story – and do so in a way that engages both casual fans and long-time Archie aficionados!”

The Comic-Con Museum, which will celebrate the magic of Comic-Con year-round, is announcing its soft opening to the public on November 26 at noon. Located in San Diego’s iconic Balboa Park the Museum is featuring six diverse, entertaining, educational and interactive exhibits. Special programming, screenings and a variety of special nighttime activities will be offered leading up to the summer of 2022 grand opening which will also feature the “Eight Decades of Archie” exhibit.