Home Featured BETTY & VERONICA #1 is three weeks away – have you reserved your copy?

BETTY & VERONICA #1 is three weeks away – have you reserved your copy? 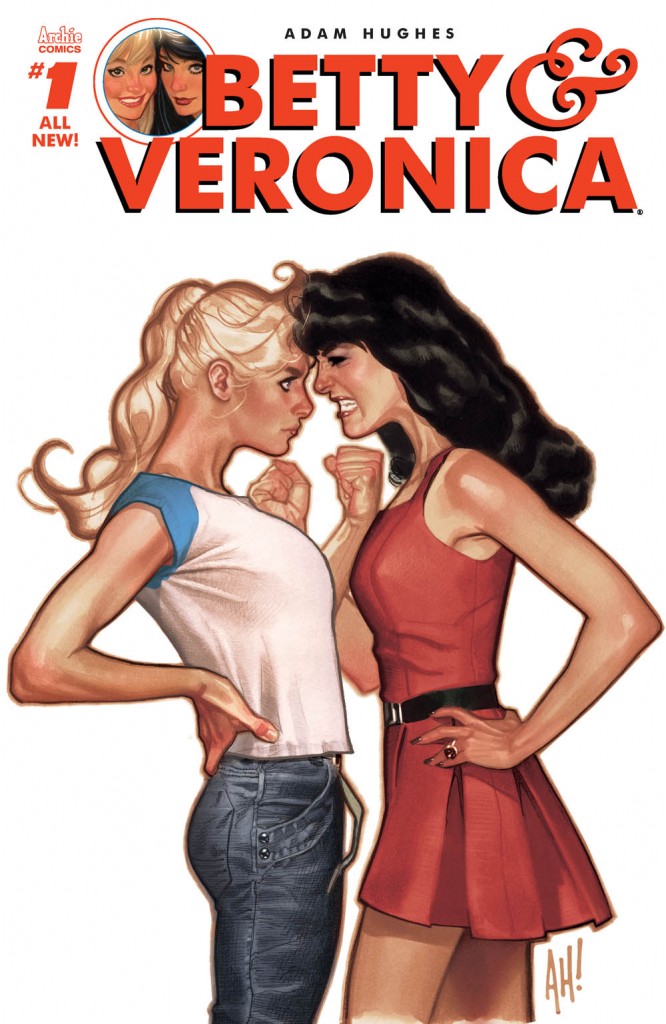 So many questions. But fear not – answers are less than three weeks away!

The next major New Riverdale hit series is coming your way courtesy of writer/artist Adam Hughes – and BETTY & VERONICA #1 is one comic launch you do not want to miss!

For your eyes only, here’s a first look at interior artwork from Hughes featuring the gang heading to Pop’s Chocklit Shoppe after hearing the news that it’s being taken over by a major coffee company!

BETTY & VERONICA will focus on the friendship between the two girls and less on ARCHIE. He has his own series, after all, by Mark Waid and Veronica Fish that’s out in comic shops every month. But you’re already reading that one, right? 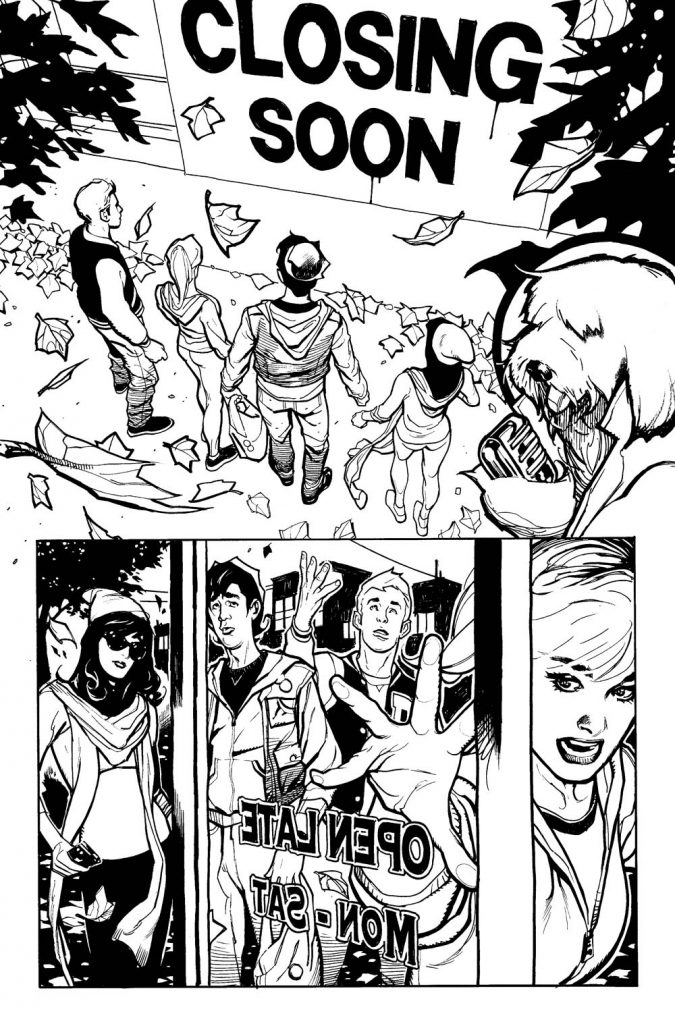 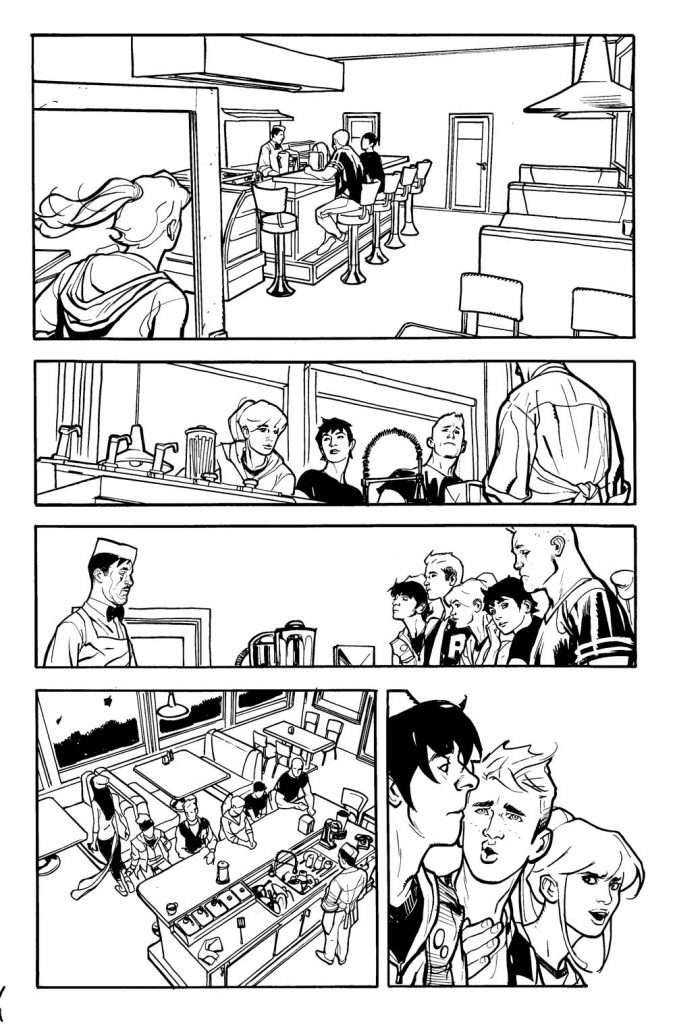 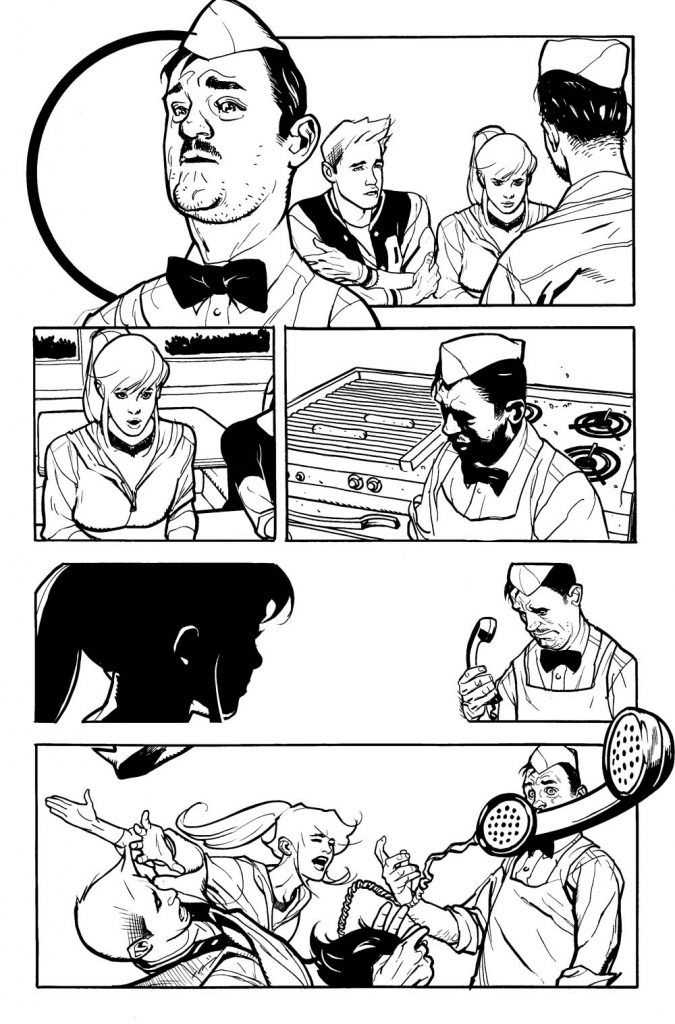 “BETTY & VERONICA is about the aspects of their lives that don’t revolve around waffle-head. They’re complex characters on their own, and they don’t need the boys around to be defined,” says writer/artist Adam Hughes.

Hughes is taking inspiration from comedies such as ‘Parks and Recreation’ and classic films like ‘Back to the Future’ and ‘Jaws’ for the story, while also finding his groove on drawing his first comic series featuring these two iconic characters.

“It’s a funny little comic, and you don’t need to get 19 other comics to get the story. It’ll make you laugh, and the heroes are two young girls. Riverdale is a real place, an American place, as real as we need it to be, and it’s not over the rainbow. It’s just past the hill, up around the bend. It’s a fun place to visit.”

What can you do to ensure your visit to Riverdale? That’s easy! You can reach out to your local comic book shop today and let them know that you want to reserve BETTY & VERONICA #1 when it arrives on July 20th!

To find a comic book store near you, use the Comic Shop Locator Service or call 1-888-COMIC-BOOK. Not sure which cover you want? View the full gallery of variant covers on our website and order your complete set today!

Don’t have a comic shop nearby? You can also get BETTY & VERONICA digitally via the Archie App or pre-order it on ComiXology!

IT’S BETTY VS. VERONICA! The most highly-anticipated debut in comics history is here! Betty and Veronica are America’s sweethearts… until they turn on each other! “Pops’ Chocklit Shoppe is being taken over by a huge coffee company. When Betty and Veronica go head-to-head over the issue, all bets are off! Friendships will shatter. Cities will burn. Nails will be broken. Betty and Veronica are back in this ALL-NEW #1 from comics legend Adam Hughes (Wonder Woman, Catwoman)!