Home Announcements Archie Comics is thrilled to bring The Archies to life with Netflix India!

Archie Comics is thrilled to bring The Archies to life with Netflix India! 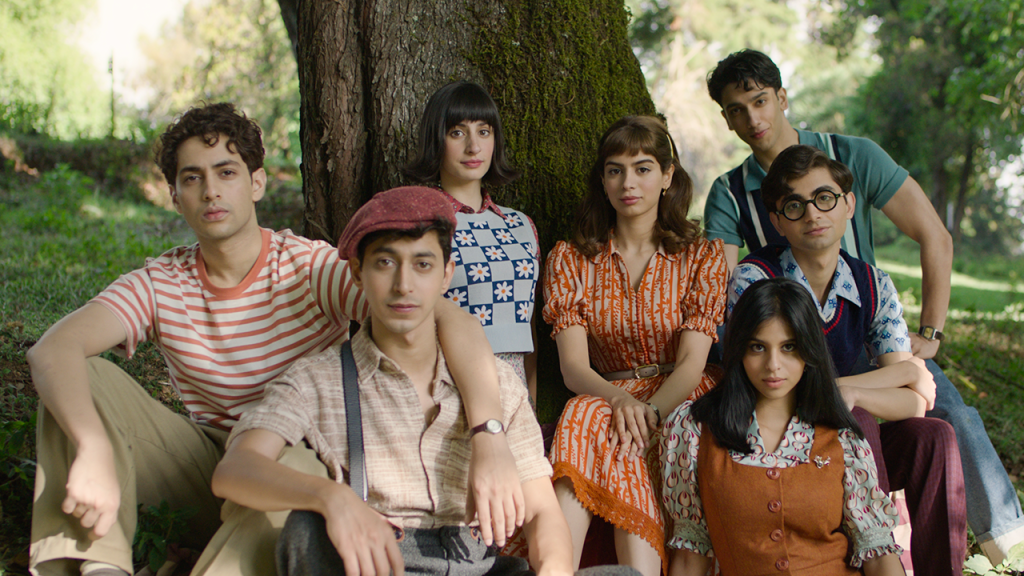 Netflix and Tiger Baby have announced the cast of their upcoming project, ‘The Archies.’ Set in the 1960s, this musical drama is being directed by Zoya Akhtar and headlined by an exciting fresh ensemble.

Mumbai, India: Netflix and Tiger Baby have announced the cast of their upcoming project, ‘The Archies.’ Set in the 1960s, this musical drama is being directed by Zoya Akhtar and headlined by an exciting, fresh ensemble.  The film will feature Mihir Ahuja, Dot, Khushi Kapoor, Suhana Khan, Yuvraj Menda, Agastya Nanda and Vedang Raina in key roles. The seven young actors will play the beloved characters from the hugely popular Archie Comics. The announcement featuring the cast and a catchy music track by Ankur Tiwari and the Islanders serves as a glimpse into the world that Akhtar promises to bring to life for audiences around the world.

The film has the iconic gang of The Archies at the center of it, and perfectly matches the youthful energy, hope, and excitement of the sixties era.

A musical experience bursting with youth, rebellion, friendships, and first loves, it still promises to have something for every generation. We can’t wait to see the new kids on the block!

Stay tuned for more updates on ‘The Archies’

Learn more about Netflix’s ‘The Archies’ on Variety. Or, brush up on your Archie history before the big event on the Archie Comics Shop.

Netflix is the world’s leading streaming entertainment service with 222 million paid memberships in over 190 countries enjoying TV series, documentaries, feature films and mobile games across a wide variety of genres and languages. Members can watch as much as they want, anytime, anywhere, on any Internet-connected screen. Members can play, pause and resume watching, all without commercials or commitments.

For the latest news, updates and entertainment from Netflix India, follow us on IG @Netflix_IN, TW @NetflixIndia and FB @NetflixIndia

Archie Comics is the leading mass market comic book publisher in the world and the home to a wide array of the most popular humor, action-adventure and superhero characters in entertainment, including Archie, Jughead, Betty and Veronica, Reggie, Kevin Keller, Josie and the Pussycats, Sabrina the Teenage Witch, Afterlife With Archie, the Dark Circle Comics superhero characters (The Black Hood, The Fox, The Shield, Sam Hill and more), Li’l Jinx, and many more. Archie Comics have sold over 2 billion comics worldwide and are published around the world in a number of languages. In addition to comics, the Archie Comics characters are spotlighted weekly on The CW’s Riverdale and Katy Keene TV series and the Netflix series Chilling Adventures of Sabrina, and have been featured in animation, television, film and music. Follow Archie Comics on Twitter, Facebook, Instagram, YouTube, and the Archie Comics Store.

Helmed by filmmakers Zoya Akhtar and Reema Kagti, Tiger Baby is a film and web studio that aims to tell stories that can shape social narratives and inspire viewers to forge a new reality.

Tiger Baby believes that stories have the power to shift consciousness while they entertain.  With the goal of impactful engaging storytelling guiding the studio’s vision and acclaimed projects like Gully Boy, Made in Heaven, Lust Stories and Ghost Stories already in its kitty, Tiger Baby has emerged into a leading launch platform for a diverse pool of artists who have something fresh to say.

GRAPHIC INDIA is a leading character entertainment company focused on creating superheroes, comics and stories through mobile and digital platforms. Led by media entrepreneur Sharad Devarajan, Graphic has produced over 200 episodes of animation and developed over a dozen live action film and TV projects across Hollywood, and Bollywood.  The Company’s characters and animated shows include, “The Legend of Hanuman” which became the number one  most watched streaming show in India upon launch; “Chakra The Invincible” created with Stan Lee (co-creator of  Spider-Man, Iron Man and Avengers); “Astra Force,” an award winning animated series created with iconic actor,  Amitabh Bachchan; and “Baahubali The Lost Legends” a 70-episode animated series, created with Arka Mediaworks and based on the most successful film franchise in Indian history. Graphic believes that India is home to some of the most creative talent in the world, with more than 600 million people under the age of 25 and more than 850 million mobile phone users in the country. The Company’s mission is to create new enduring stories and heroes that connect  global audiences and ideas through the power of story. www.GraphicIndia.com