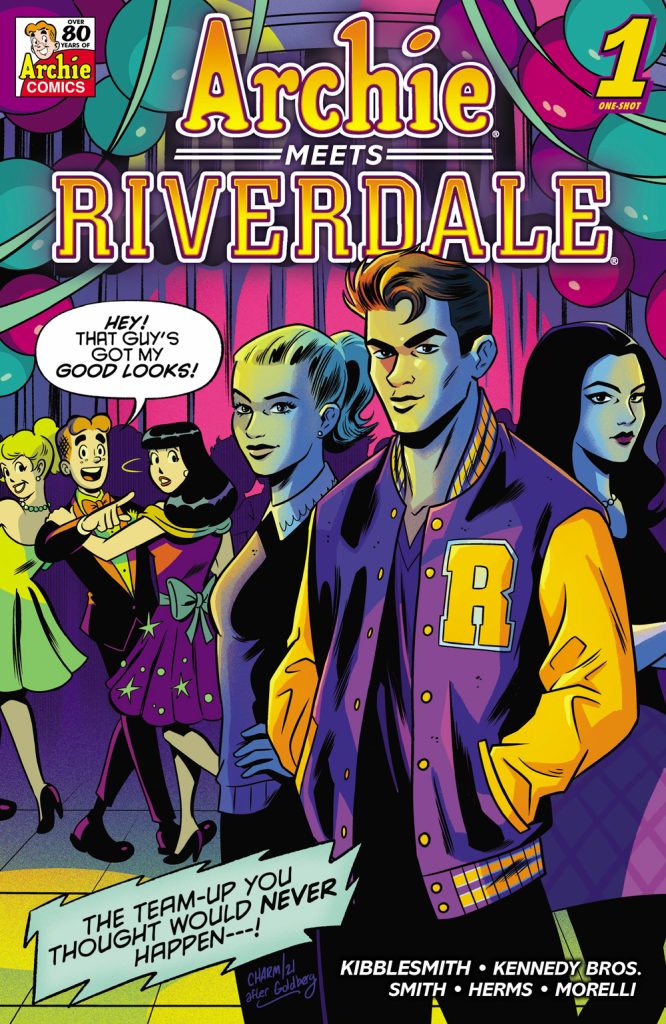 ARCHIE MEETS RIVERDALE #1 in May is an epic crossover between the classic and modern versions of the iconic characters!

Archie Comics is bringing you the crossover you thought you’d never see this May with the collectible one-shot comic book ARCHIE MEETS RIVERDALE #1! Written by Emmy-nominated writer Daniel Kibblesmith with art by Archie mainstays Pat & Tim Kennedy, the special issue slips between the worlds of the comics versions of Archie and his Riverdale pals and their more dramatic counterparts.

“Some of the best fun we have here at Archie Comics is when we take two wildly different concepts and jam them together and watch the chaos unfold afterwards,” said Archie Comics Editor-in-Chief/President Mike Pellerito. “The cult classic ‘ARCHIE MEETS THE PUNISHER’ crossover from the 90s is a great example of taking two things that couldn’t be further apart in terms of tone and delivering a story that stands the test of time while holding true to both franchises. When the idea of doing a crossover between the classic versions of the Archie Comics characters with the gritty and dramatic Riverdale versions first came up, we knew we had to get someone with a great appreciation for both takes that could deliver everything we were looking for. We’re so thrilled to have Daniel Kibblesmith on board, and together with Archie veterans Pat & Tim Kennedy, they’ve put together a story that is an absolute must-have for all Archie Comics and Riverdale fans!” 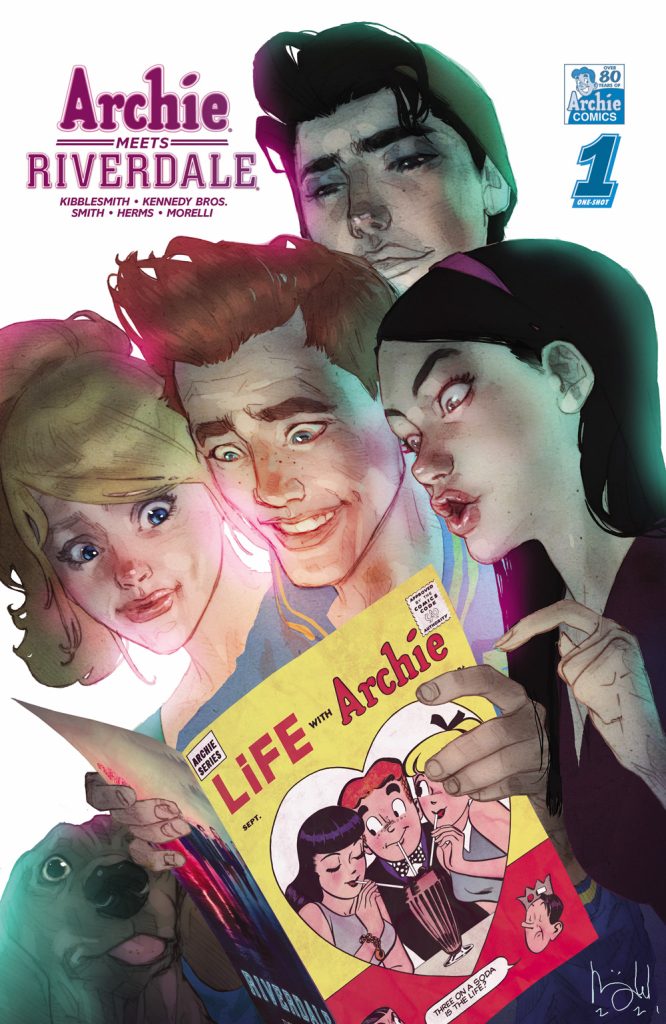 “When Mike Pellerito asked me if I wanted to write the inevitable cross-over between the comics and the show, One: I couldn’t believe that it hadn’t been done already. Two: I couldn’t believe that I was going to get to be the person to write it,” added Kibblesmith. “My dream is that this will be some longtime Archie readers’ first comic in a long time, or some Riverdale fans’ first comic, period.” 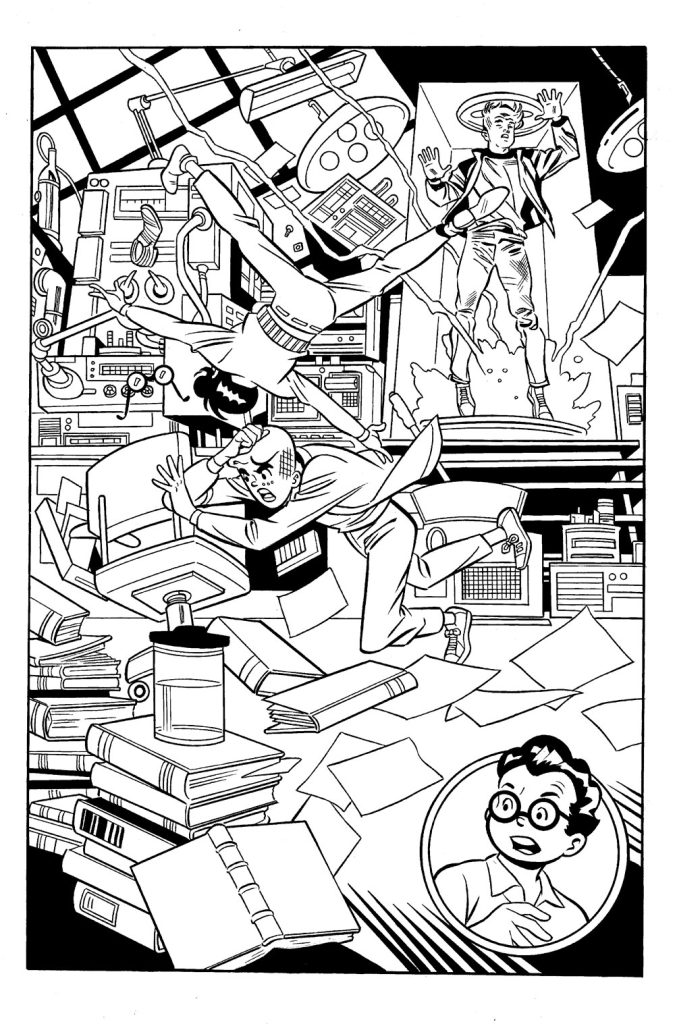 The comic follows a long tradition of Archie Comics characters meeting those from other pop culture brands, including ARCHIE MEETS BATMAN ’66, ARCHIE VS. PREDATOR, ARCHIE MEETS KISS, to name a few. And while this isn’t the first time Archie has come face-to-face with an alternate version of himself, this special one-shot promises to pack in humor, references and surprises on every single page. How will Archie and his pals react when they come face-to-face with themselves? You’ll find out in a story that could only be handled by a comedic writer of Kibblesmith’s caliber, best known for his run on Marvel’s Loki and Netflix’s Inside Job. 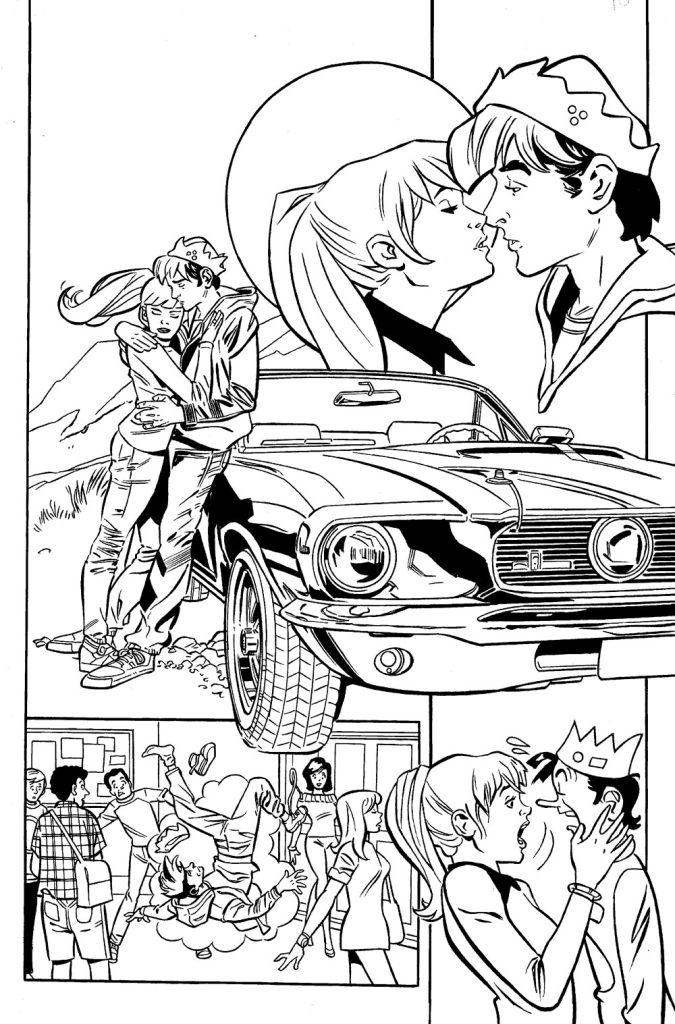 “I love Archie Comics and I love Riverdale,” he continued, “and I love that Archie Comics are so malleable that they can become something like Riverdale. I also love that something as seemingly quaint as classic Archie and as unapologetically bonkers as Riverdale can resonate with people so deeply that they can both become giant hits and/or enduring classics without ever sacrificing their core to ‘hip’ momentary trends.” 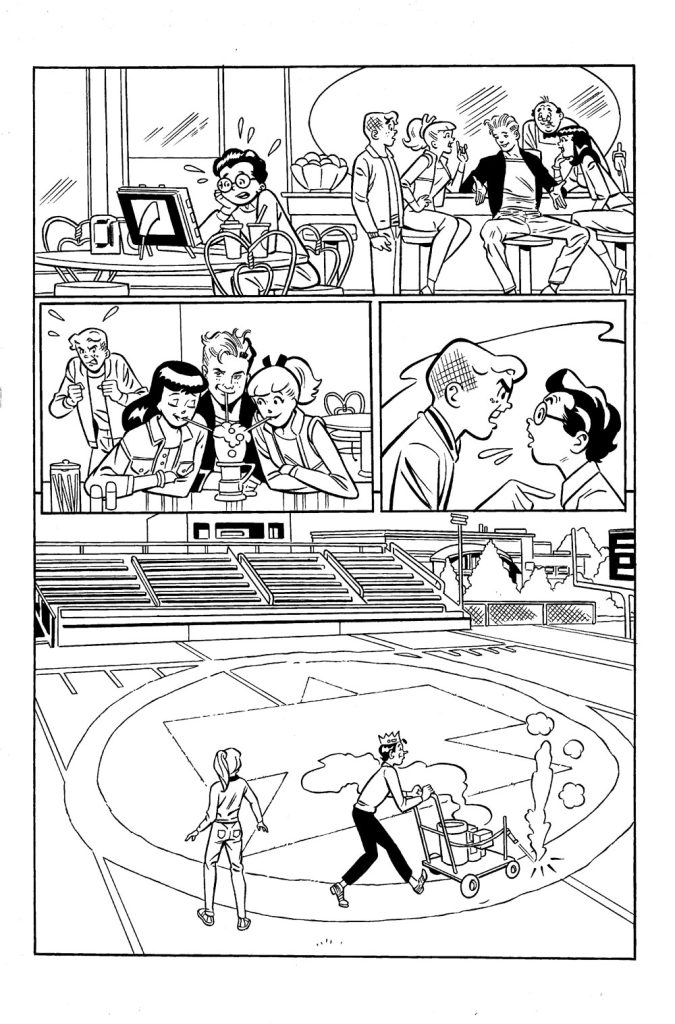 ARCHIE MEETS RIVERDALE #1 releases May 11 in comic shops nationwide, and will boast a cover by Derek Charm with an open-to-order variant cover by Ben Caldwell. 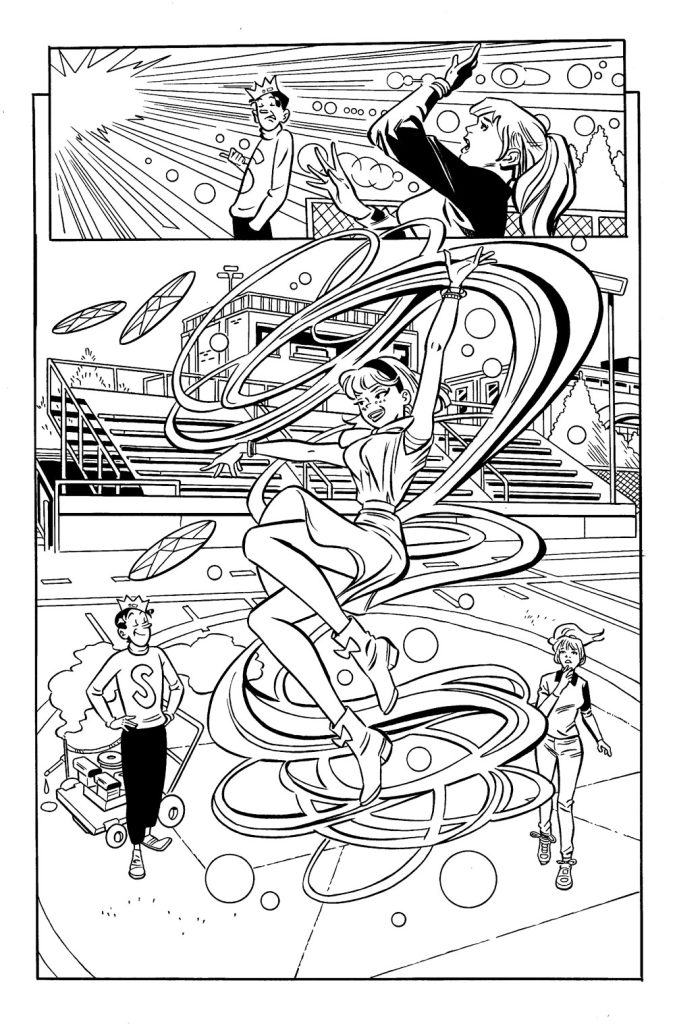 Archie’s met a lot of people in his over-80 years of existence, including meeting himself a few times! But now Archie’s about to meet someone very unexpected: the Riverdale version of himself! That’s right, see what happens when Archie and all his pals ‘n’ gals in his good ol’ hometown of Riverdale come face-to-face with their slightly more serious television counterparts in this hilarious one-shot by Emmy-nominated writer Daniel Kibblesmith (Loki, Black Panther Vs. Deadpool, Netflix’s Inside Job) and fan-favorite Archie artists Pat and Tim Kennedy (Jughead: The Hunger, Life with Archie)!