Home News Victoria Adams is outgunned and on the run in this preview of THE SHIELD #2 from Dark Circle Comics!

Victoria Adams is outgunned and on the run in this preview of THE SHIELD #2 from Dark Circle Comics! 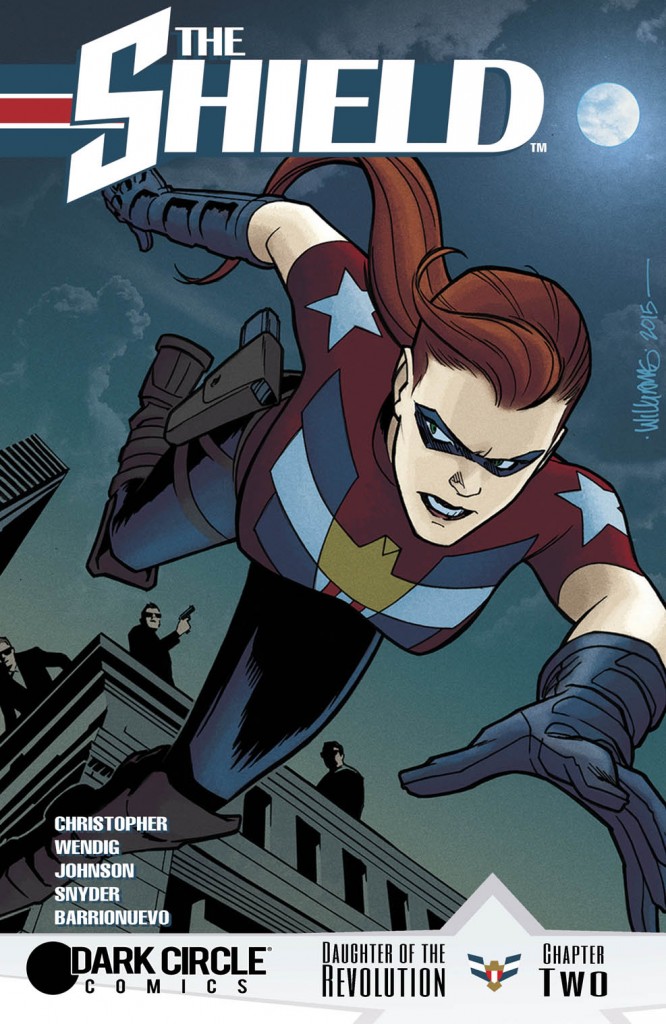 THE ORIGINAL PATRIOTIC HERO RETURNS THIS FEBRUARY IN THE SHIELD #2!

As Victoria Adams finds herself on the run in present day Washington D.C., dark secrets are revealed about her origins tied to the birth of the United States! With her memories gone and facing attacks from all sides, just whose side is THE SHIELD really on? Writers Adam Christopher and Chuck Wendig connect with artists Drew Johnson, Ray Snyder, Al Barrionuevo, colorist Kelly Fitzpatrick and letterer Rachel Deering to bring the next thrilling issue of THE SHIELD to life!

Promising further reveals as to the mystery of The Shield’s origin, co-writer Adam Christopher explained, “With issue 2 we not only reveal another slice of the Shield’s 1776 origin, but we find out a little more about the factions who have been waiting for her arrival today – and the Shield has a big decision to make.”

Co-writer Chuck Wendig says THE SHIELD #2, “goes a little deeper both into The Shield herself, and the Secret History of the United States — a secret history whose origins are tied explicitly to the Shield’s own beginning.”

Find a comic book store near you using the Comic Shop Locator Service or call 1-888-COMIC-BOOK. 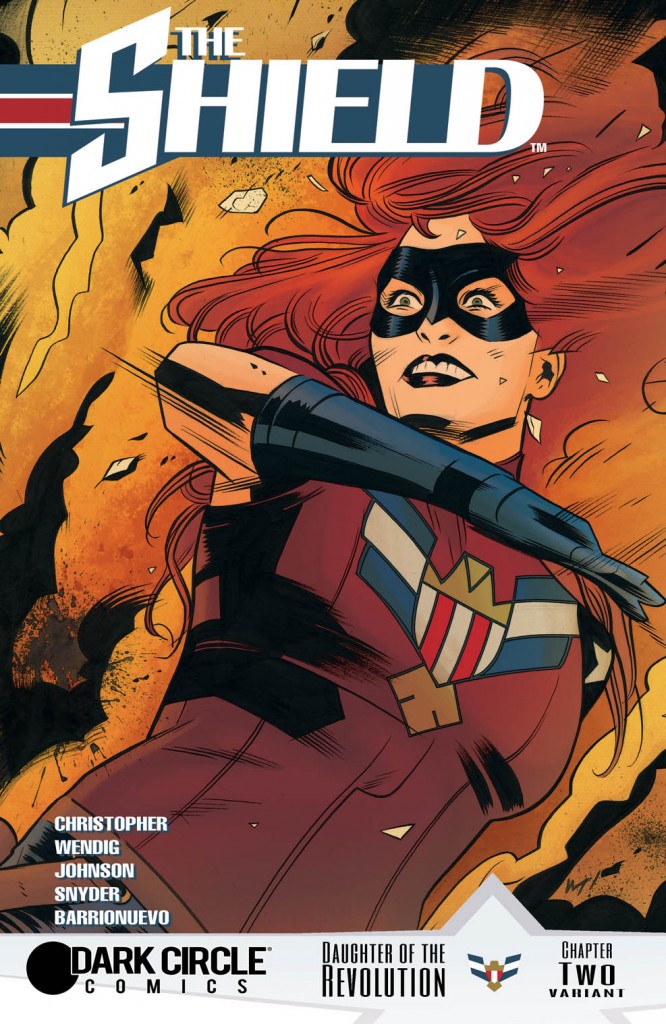 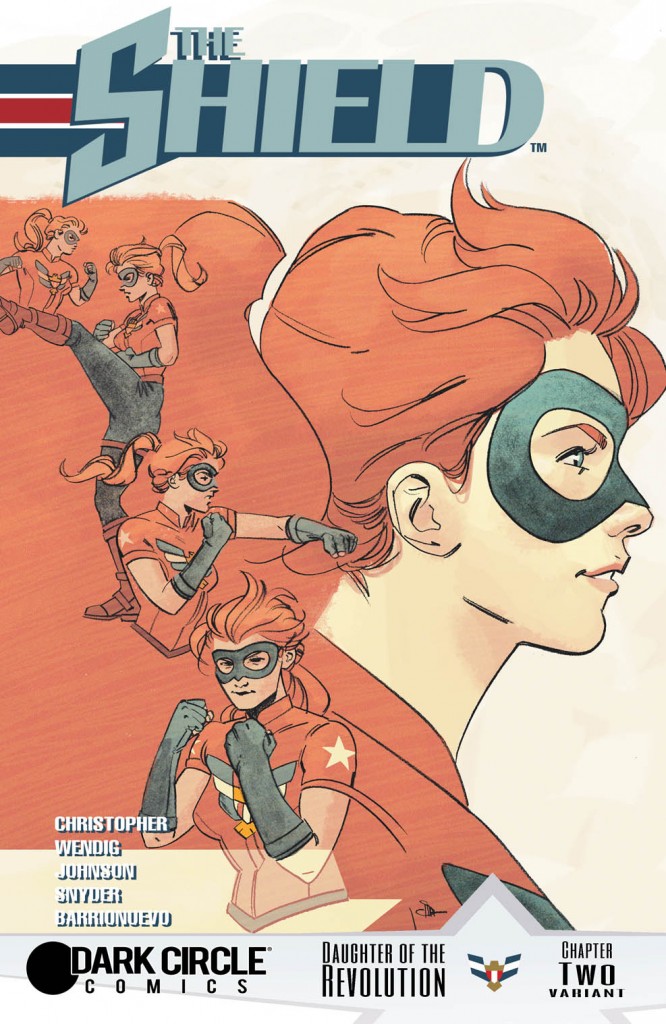 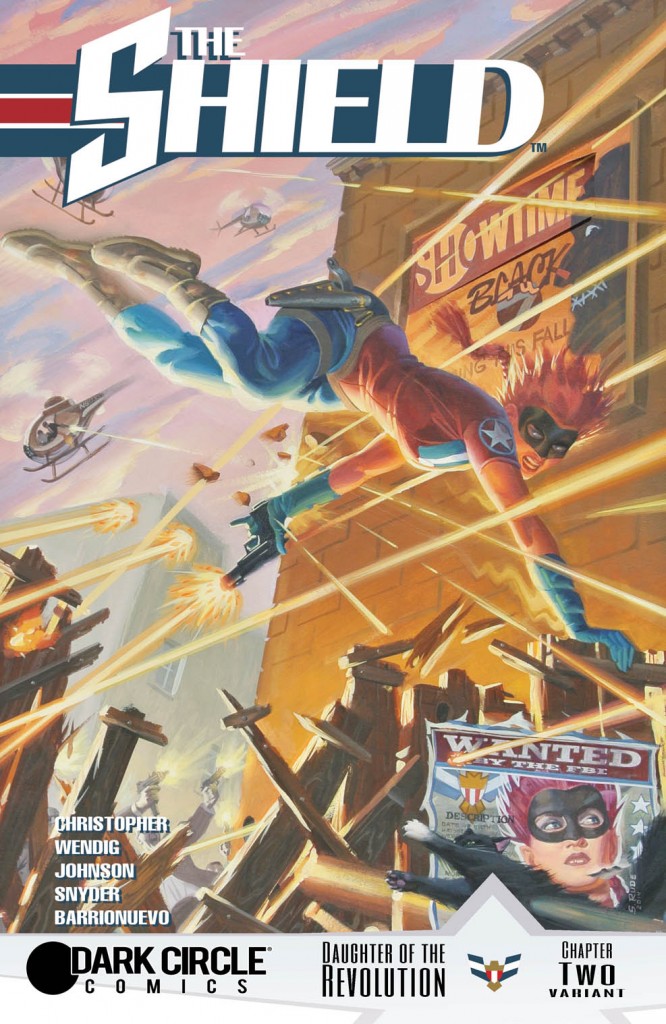 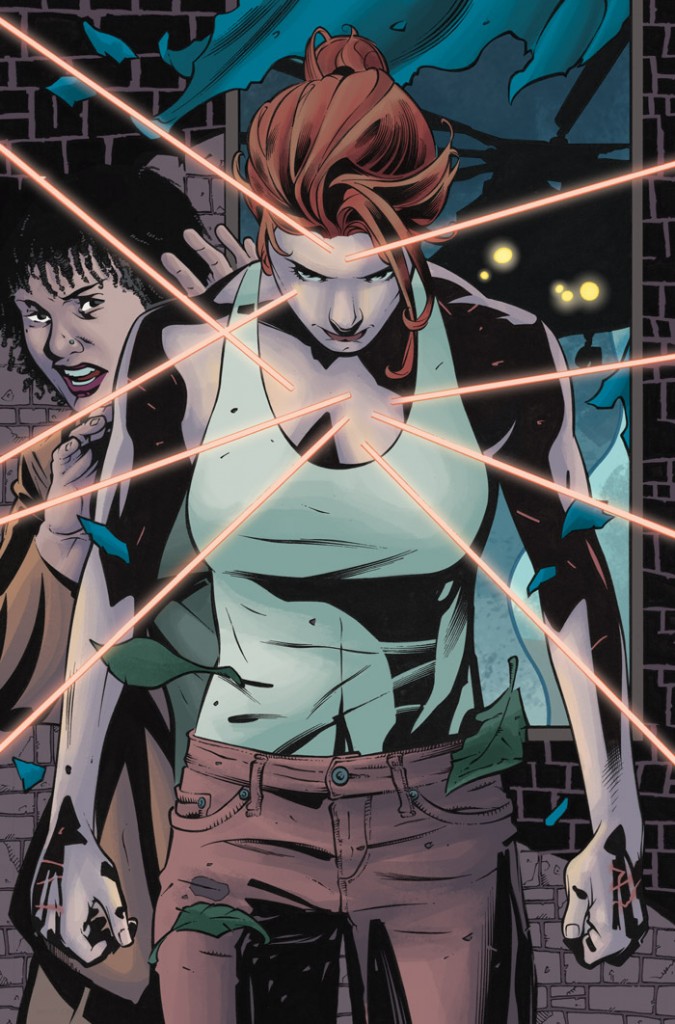 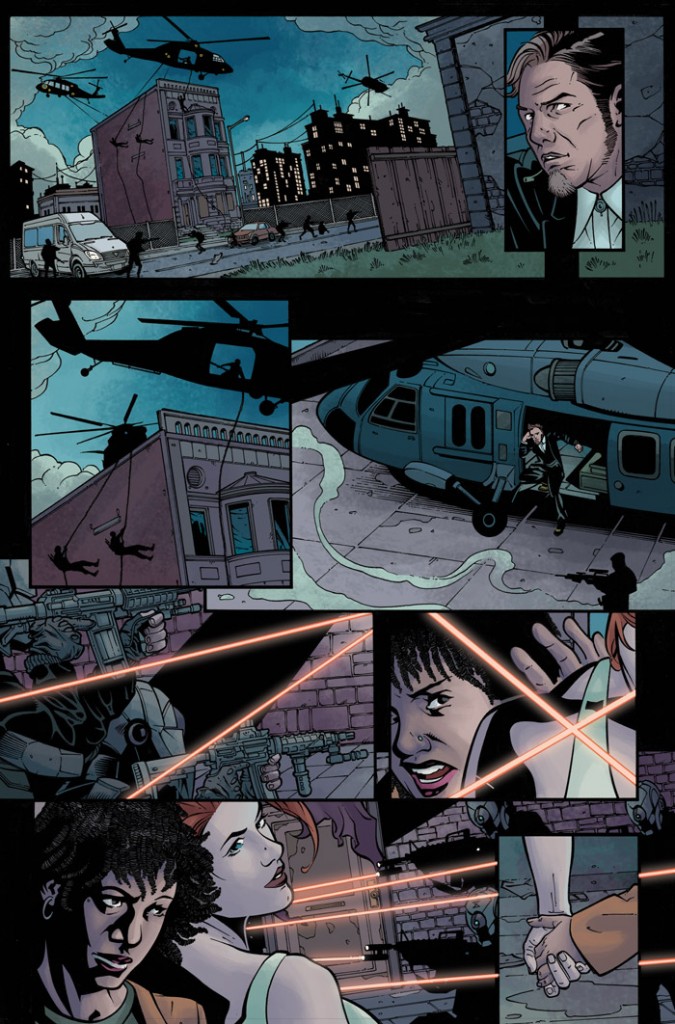 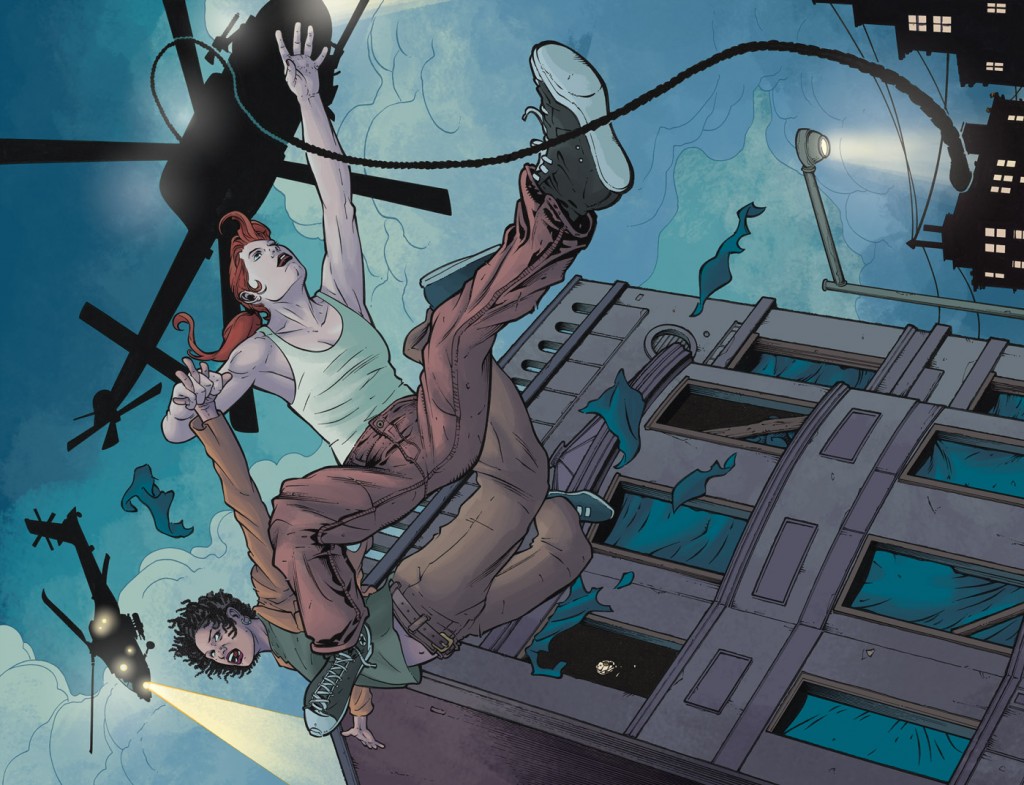 “Daughter of the Revolution, Part 2”

Running out of places to hide, the Shield discovers she is not without allies. Detective Nicole Simmons seems to know exactly who—and what—the Shield is, but with the enigmatic government agent Walter Chase closing the noose, the pair faces two difficult questions: why is the Shield back now… and whose side is she really on?