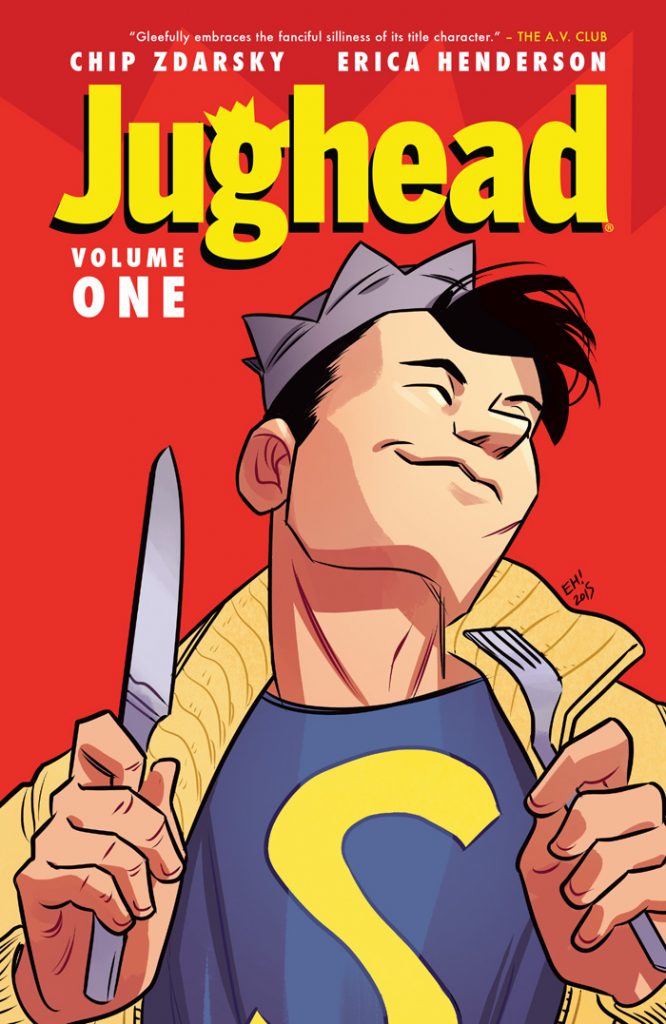 It’s no secret that Jughead is one of the greatest comic book characters of all time. That’s why, when we decided to give him his own series in the style of the New Riverdale relaunch, we knew we had to get someone who appreciated him for he is. The dream-team of Chip Zdarsky and Erica Henderson put together six amazing issues of the burger-eating fiend and we’ve got them all out next week in a snazzy collection aptly titled JUGHEAD VOLUME ONE.

We wanted to share with you our Top 5 Moments from JUGHEAD VOLUME ONE, whether it’s Jughead doing something hilarious, an awesome reference to a classic story, or just a great piece of artwork, we’ve listed them below.

Dig in to our list and be sure to let us know if you think we missed anything by tweeting at us @ArchieComics! 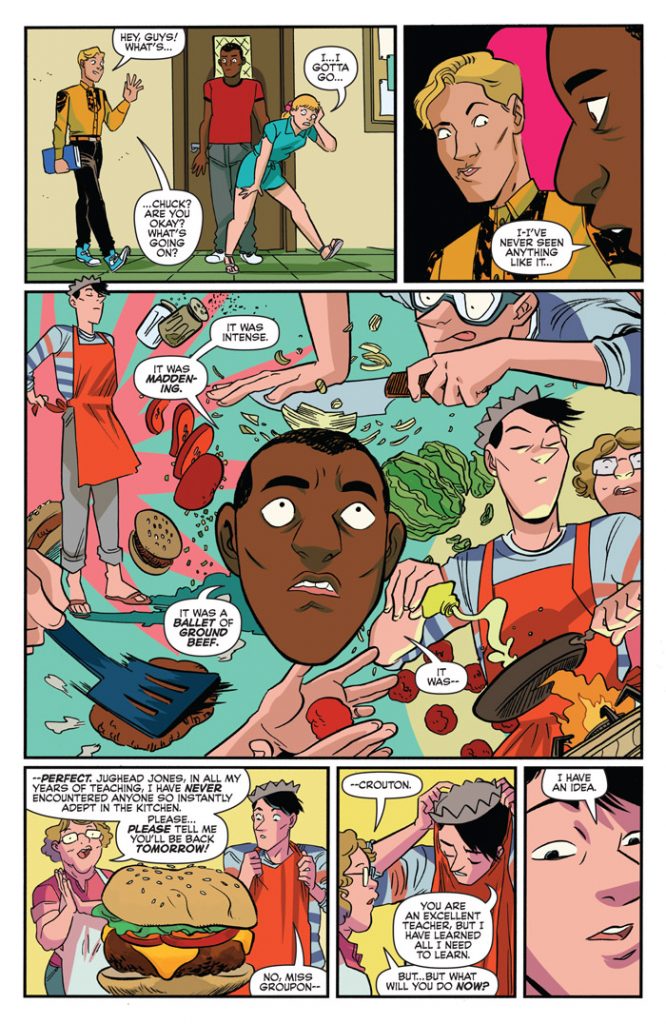 After the lunch menu gets changed at school, Jughead resorts to drastic measures to get what he wants. That means learning how to cook in Home Ec! 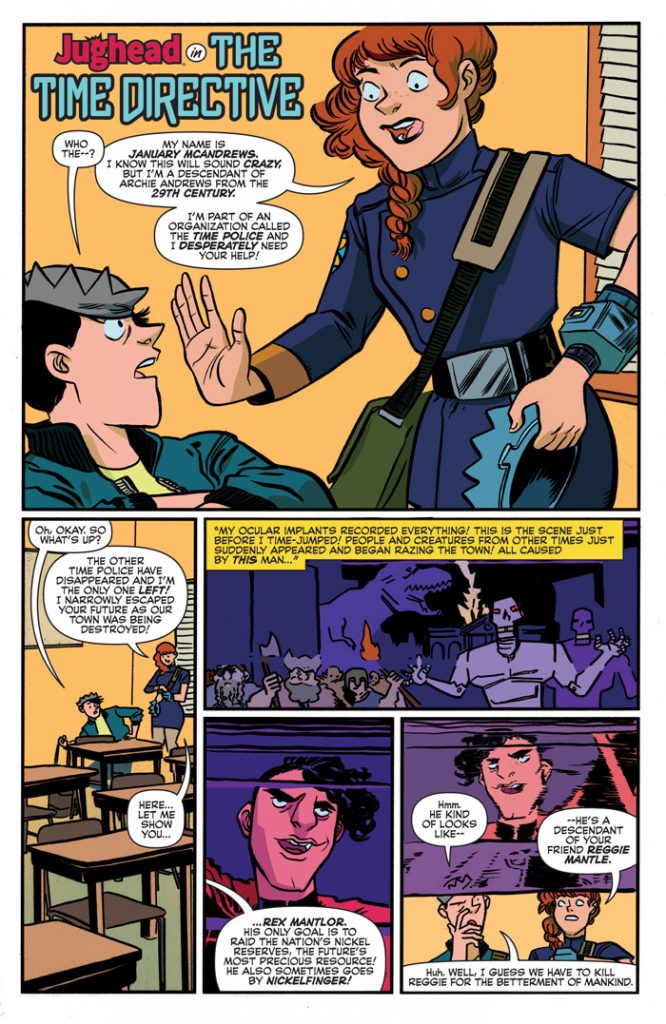 Jughead gets a visit from Archie’s descendant from the 29th Century, who’s a time traveling police officer from a world overrun by robots? Yes, please, we’ll take two copies. 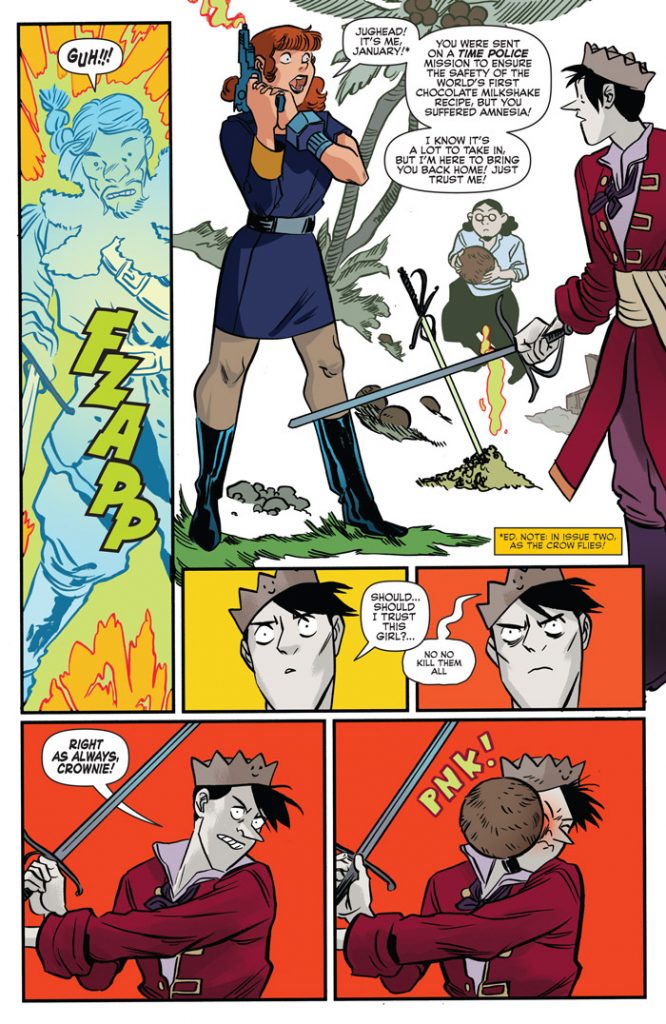 Quick recap: Jughead’s dreaming that he’s a pirate known as Slackbeard engaged in a sword battle with the evil Captain Principal. January McAndrews shows up again and Jughead’s trusted crown speaks to him. Amazing. 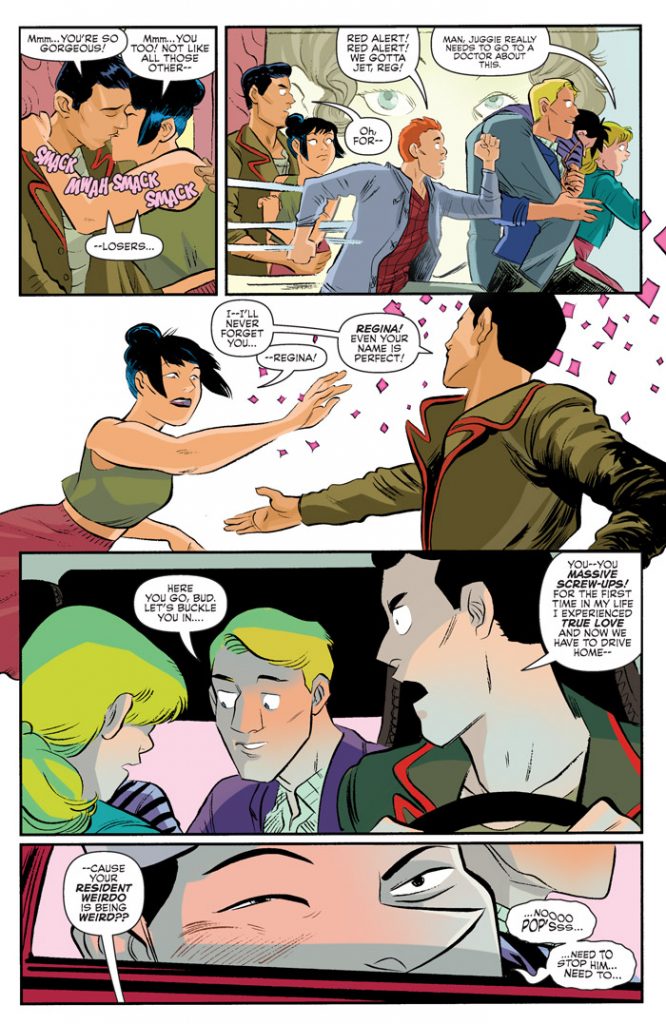 If you follow us on Twitter, it’s no secret how we feel about ole’ Reggie Mantle. So to see him finally meet someone on his level and have to leave her so soon, well, let’s just say that we’re not shedding any tears over it. 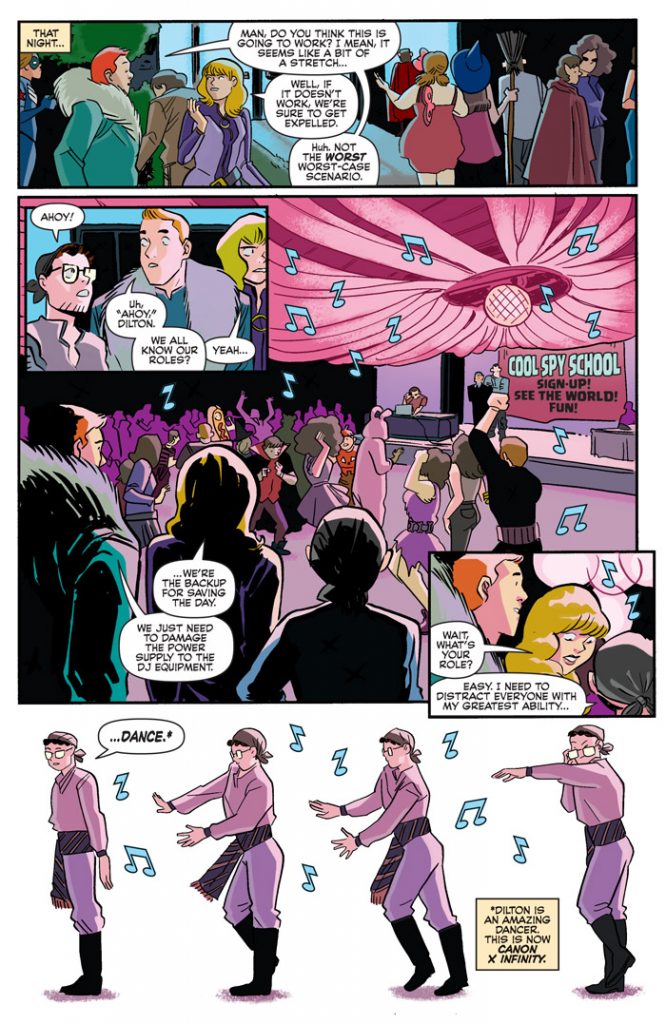 During the climatic final moments of JUGHEAD VOL. 1, the gang’s plan goes into full motion as Dilton Doiley shows off his moves as an unstoppable (and amazing) dancing machine.
We hope you enjoyed our look at the Top 5 Moments from JUGHEAD VOL. 1! You can get a copy on July 6th at comic book shops or order it direct from us by clicking here!