The South Side Serpents ride again in new one-shot comic! 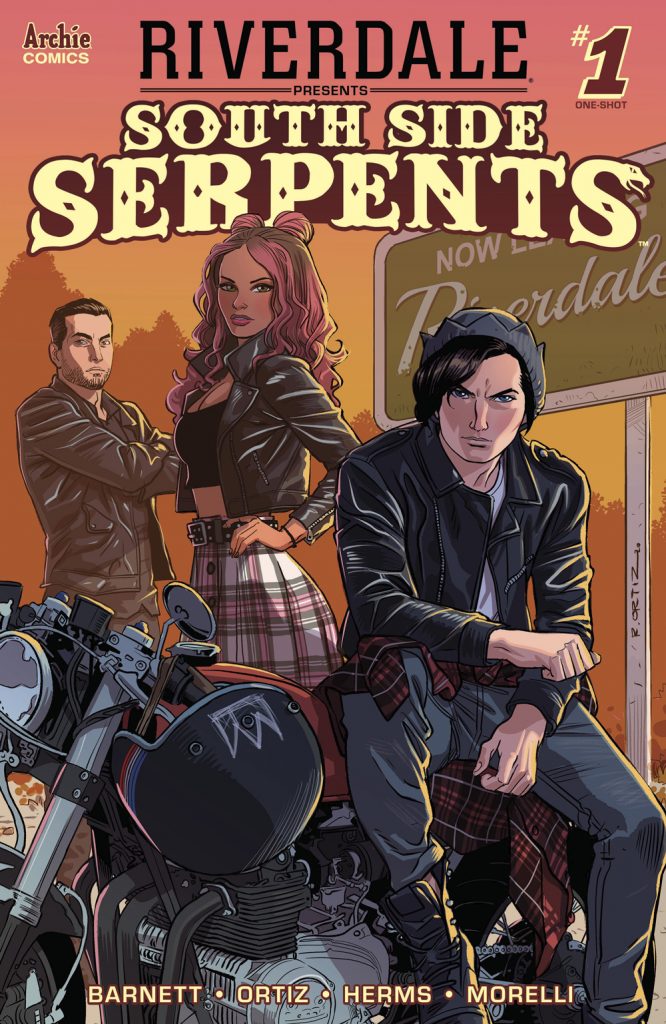 Jughead Jones and the South Side Serpents biker gang are roaring into their own solo comic book this January from Archie Comics. The special one-shot issue — inspired by the hit CW series Riverdale — comes from writer David Barnett with art by Richard Ortiz, Matt Herms, and Jack Morelli and follows Jughead on a dangerous solo mission to revive the Serpents for his father.

“Focusing on the South Side Serpents gave me a chance to bring in the darkness and edginess of Riverdale but blend that with a little fun, as well,” David Barnett said. “I hope fans of the show and fans of the comics will both be able to get a lot out of the story, which features some familiar faces including Jughead, FP Jones, and Toni Topaz. . . . I got to throw all my Kerouackian road trip fantasies in with Hunter S. Thompson’s Hell’s Angels, and add a very healthy dollop of one of my favorite movies, The Warriors.”

Richard Ortiz set the tone for what we can expect from the book, visually: “My personal Archie-style coordinates are Jaime Hernandez and Fiona Staples. I’m a big fan of Twin Peaks, which is in the DNA of the Riverdale series, and classic Archie with its suburban Americana aesthetic that is in the core of the David Lynch series. So I had this full circle of inspirations and links to work with, and have lots of fun.”

“I’ve known David and Richard a long time and have wanted to work with both of them,” said Archie Comics Co-President Alex Segura. “David’s a pro — a journalist who’s written some great comics. Richard has a clean, memorable line and is an editor’s dream. So, when we knew we wanted to spotlight the South Side Serpents corner of the Riverdale universe, it made sense to pair them together. The end result is a dark, compelling, and unique take on some of fans’ favorite characters — plus plenty of surprises.” 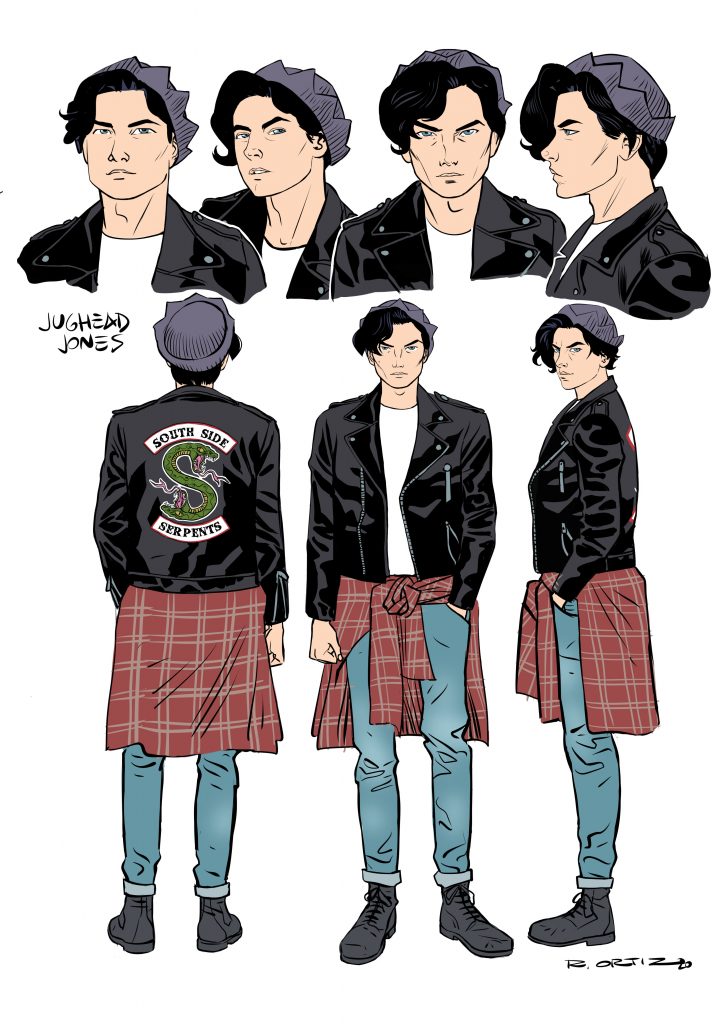 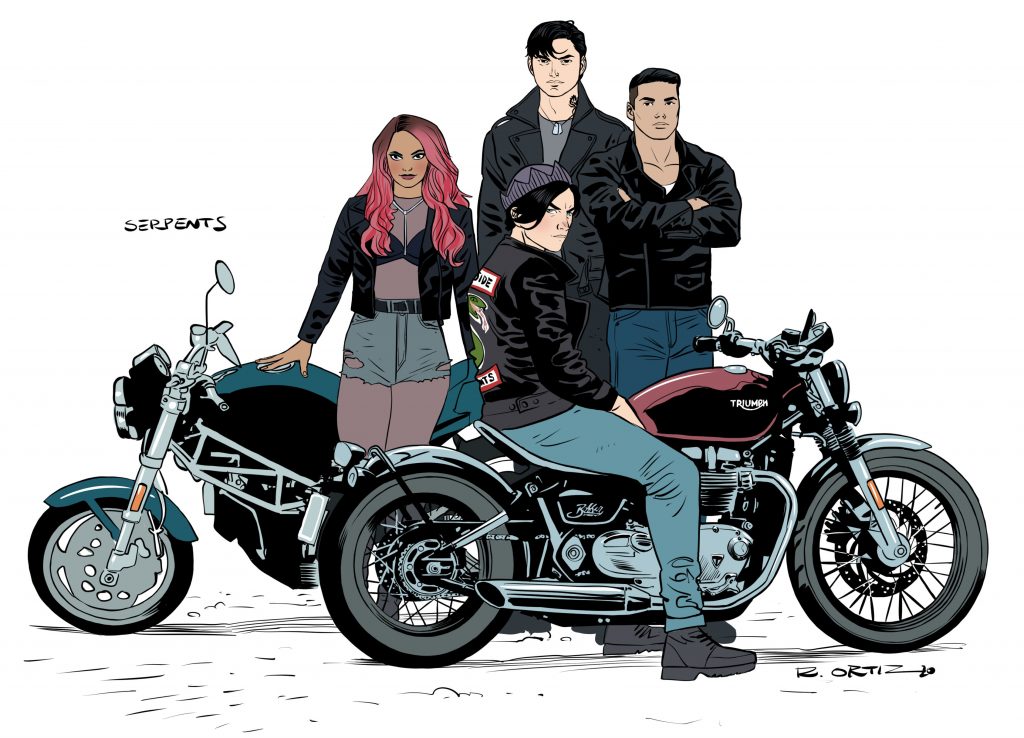 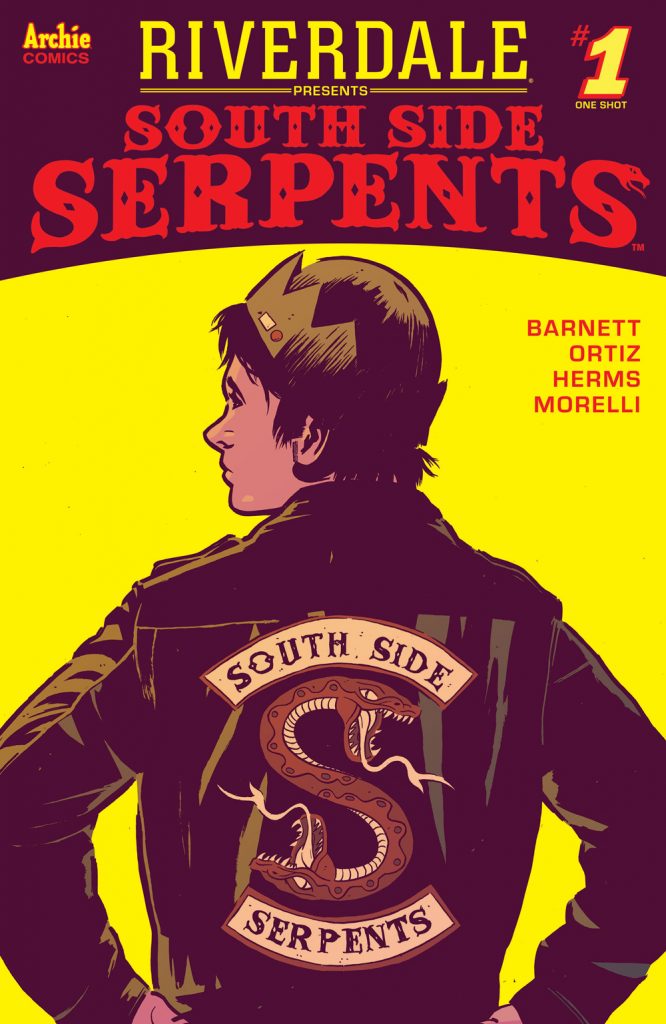 FP Jones is worried for the future of the South Side Serpents. The biker gang is getting old and finding it hard to attract fresh blood. But FP has a plan, and it revolves around his son, Jughead. Hunted by the most fearsome biker gangs in the state, an unwilling Jughead has to step up into the role of leader to guide the Serpents on a perilous journey. There will be adventure, there will be thrills, there will be chases, and there will be death in this special one-shot event featuring fan-favorite characters from the CW Riverdale series.