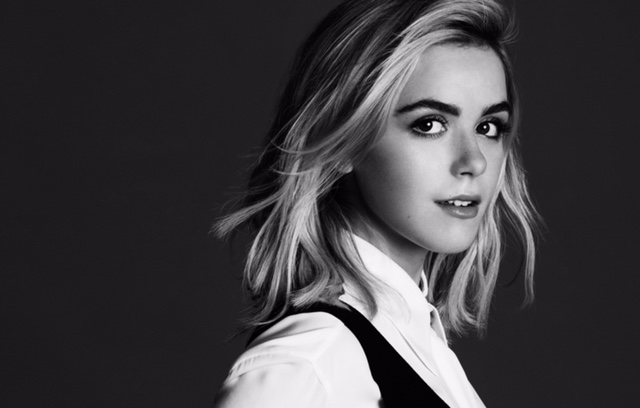 Netflix has found magic in Kiernan Shipka (Mad Men, Feud: Bette and Joan) as the actress is set to star as the titular heroine Sabrina Spellman in the upcoming TV series based on the Archie Comics graphic novel THE CHILLING ADVENTURES OF SABRINA.

An empowered young woman, half-human, half-witch, Sabrina is just beginning her dark education as a sorceress, even as she tries to maintain a normal life as a sophomore at Baxter High. Intelligent, compassionate and brave to the point of recklessness, Sabrina is all that stands between us and the forces of darkness that threaten our world.

“We’re all such huge fans of Kiernan’s work that when we started talking about who this new incarnation of Sabrina could be, her name was on everyone’s wish list.” said executive producer and Archie Comics Chief Creative Officer Roberto Aguirre-Sacasa. “This is a darker, more macabre version of Sabrina, and we’re incredibly excited for people to see Kiernan make this iconic character her own.”

Netflix’s Untitled Sabrina Project is based on the critically acclaimed CHILLING ADVENTURES OF SABRINA graphic novel from Archie Comics written by Aguirre-Sacasa and artist Robert Hack, detailing the compelling and shocking re-imagining of Sabrina the Teenage Witch’s occult origins. This dark coming-of-age story deals with horror, the occult, and witchcraft and will see Sabrina struggle to reconcile her dual nature of being half-witch and half-mortal while protecting her family and the world from the forces of evil.