Home News Sabrina searches for answers in an early preview of SABRINA: SOMETHING WICKED #1

Sabrina searches for answers in an early preview of SABRINA: SOMETHING WICKED #1 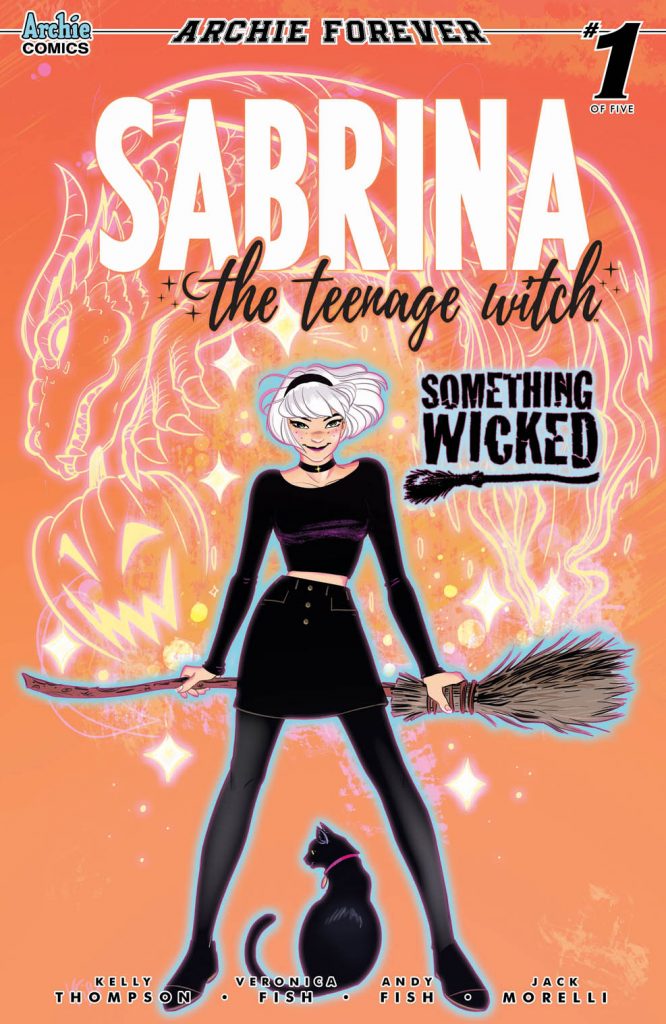 “Maybe it’s not going to be so easy balancing the normal high school thing, with the witch thing.”

When we last saw her, Sabrina saved her town from monsters, so she should be riding high! But things are never quite that simple in Greendale. Now, Sabrina finds herself trapped in a love triangle, struggling to balance the mortal and witch parts of herself, and if that wasn’t hard enough, she’s also being blackmailed! What’s a teen witch to do?!

The first issue of the sequel mini-series to the comic book voted IGN’s People’s Choice for Best Series of 2019 arrives April 1st from the stellar creative team of writer Kelly Thompson and artists Veronica and Andy Fish with letters by Jack Morelli. Get ready for SABRINA: SOMETHING WICKED #1! 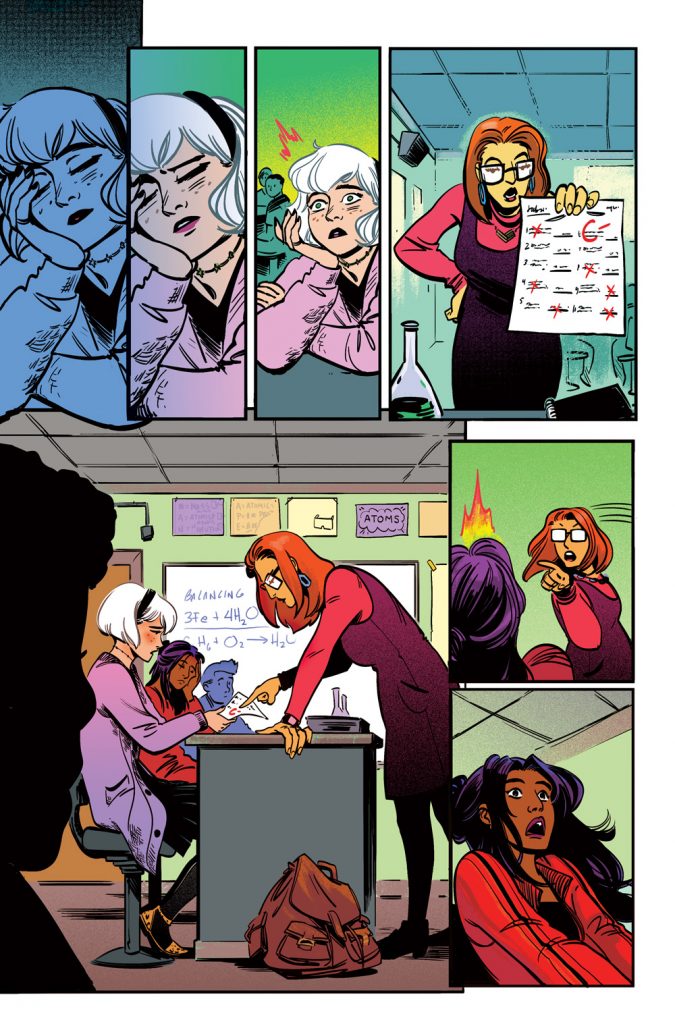 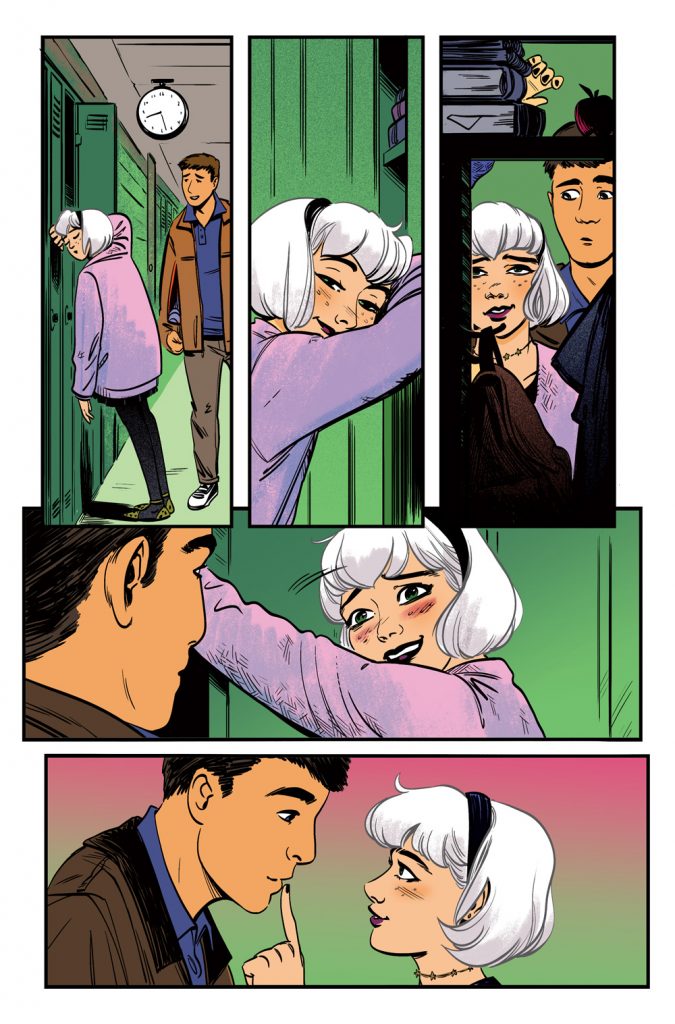 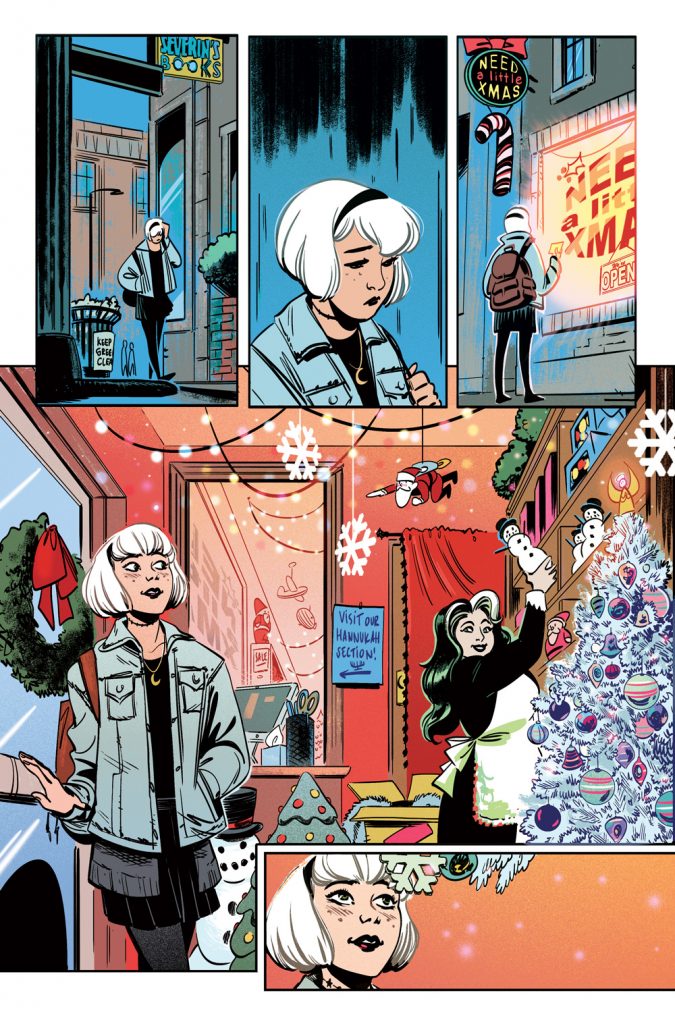 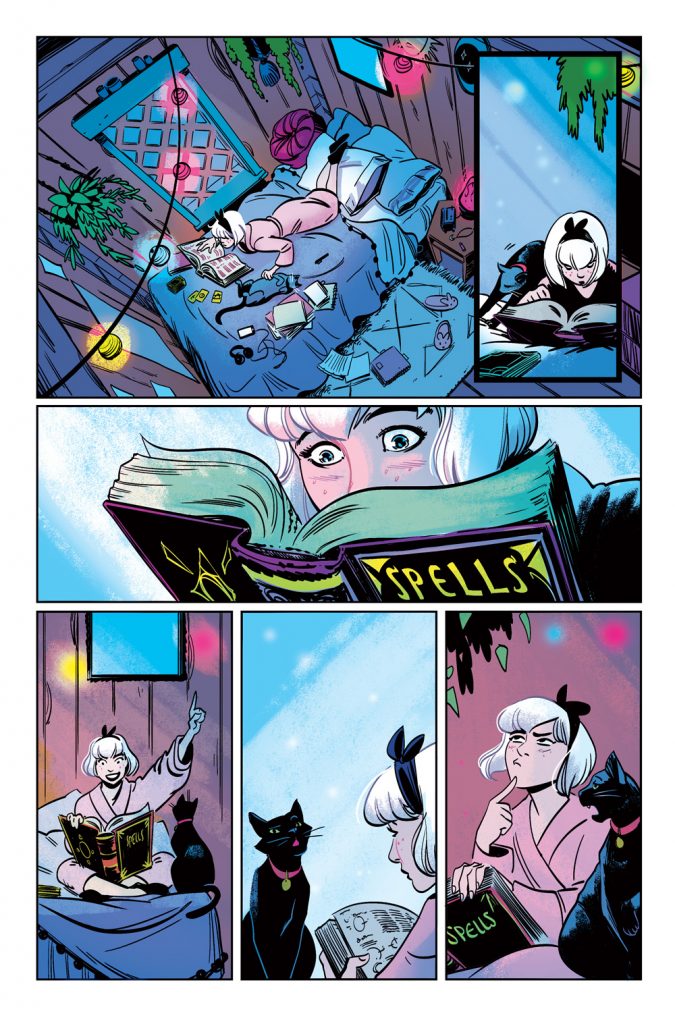 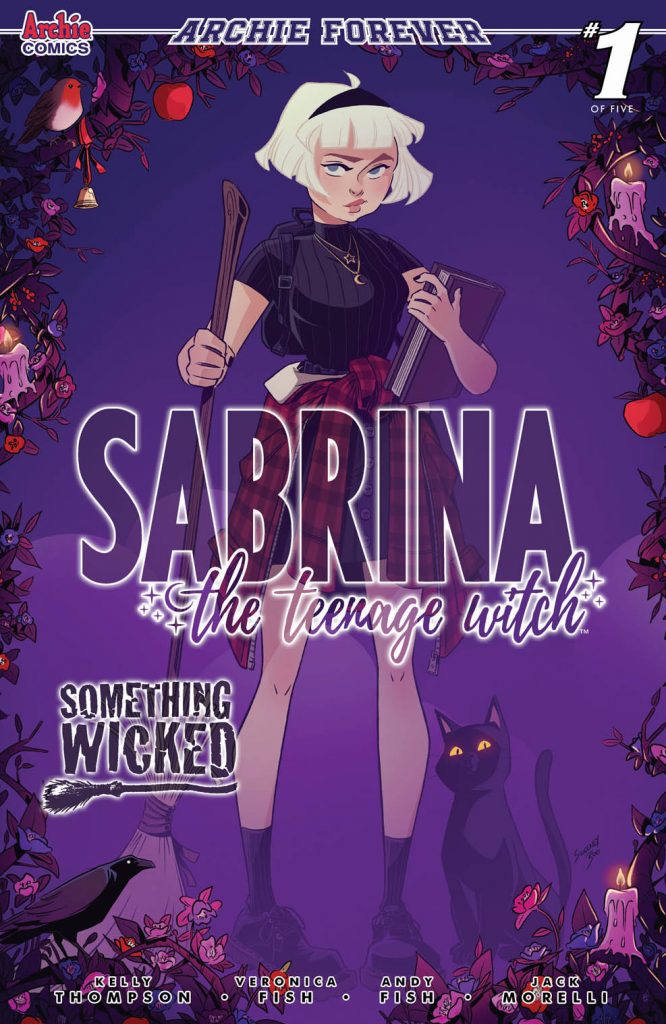 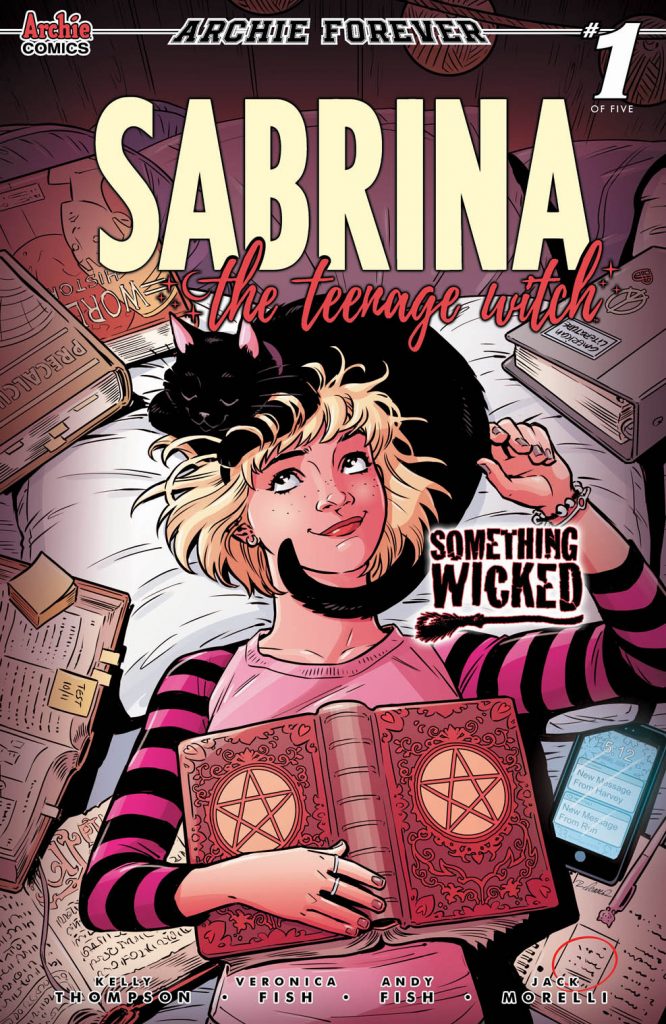 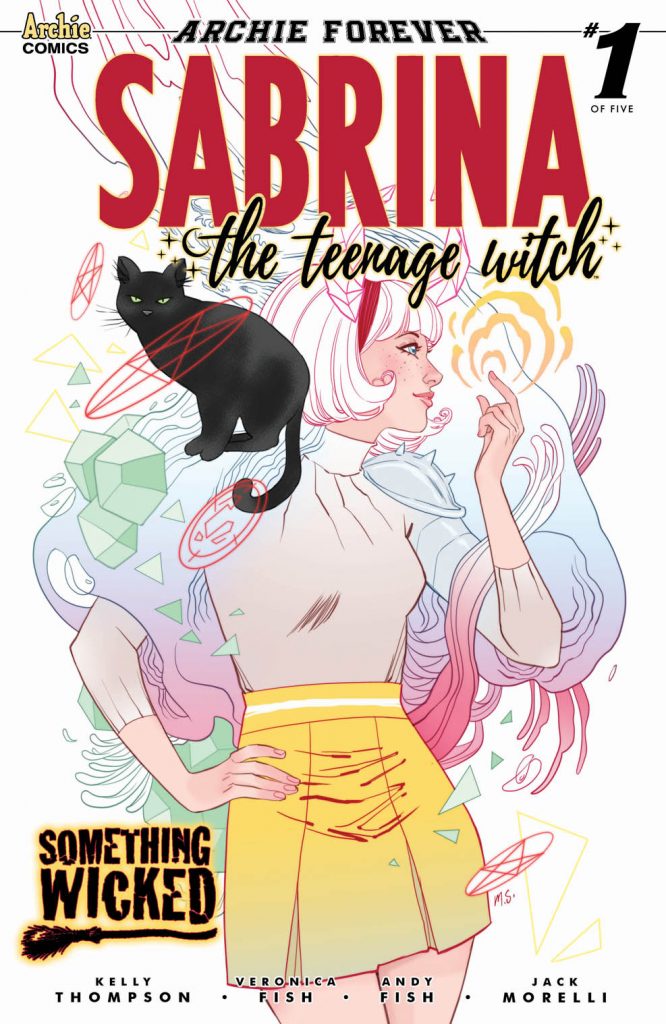 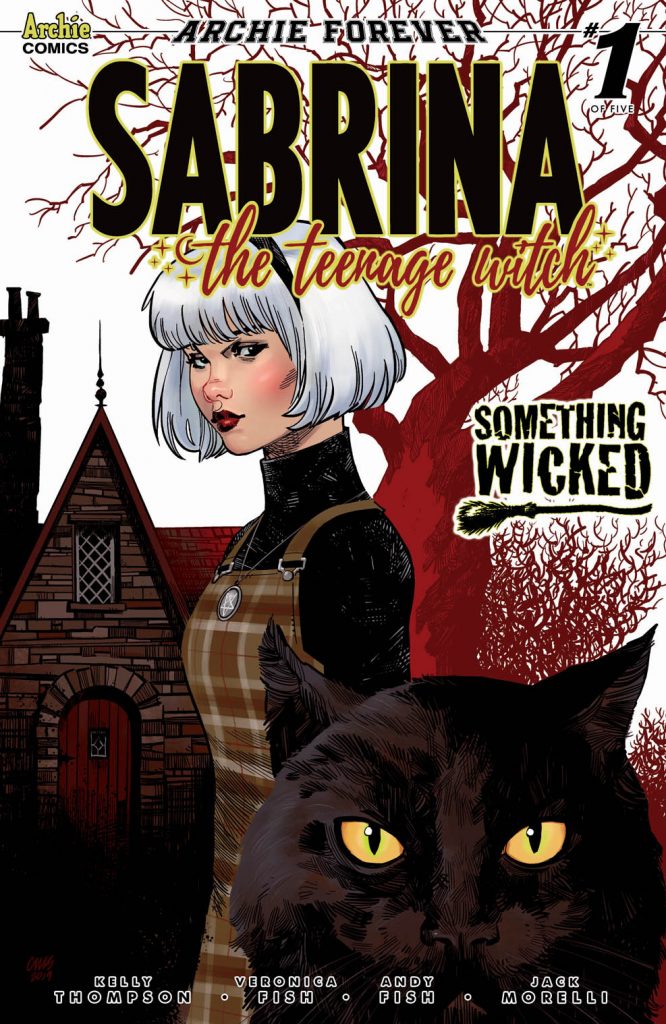 Because you demanded it: Volume Two of the critically acclaimed Sabrina the Teenage Witch series by Kelly Thompson and Veronica & Andy Fish! Sabrina saved the day-saved her friends, her family-the whole town of Greendale really, and she should be riding high. But things are never quite that simple. She’s trapped in a love triangle, she’s having trouble balancing the mortal and witch parts of herself, oh yeah, and she’s being blackmailed. As if all that wasn’t enough, while trying to help Radka and Ren with their…supernatural problem, her aunts suddenly starting to look like people she can’t trust. What’s a teen witch to do?! 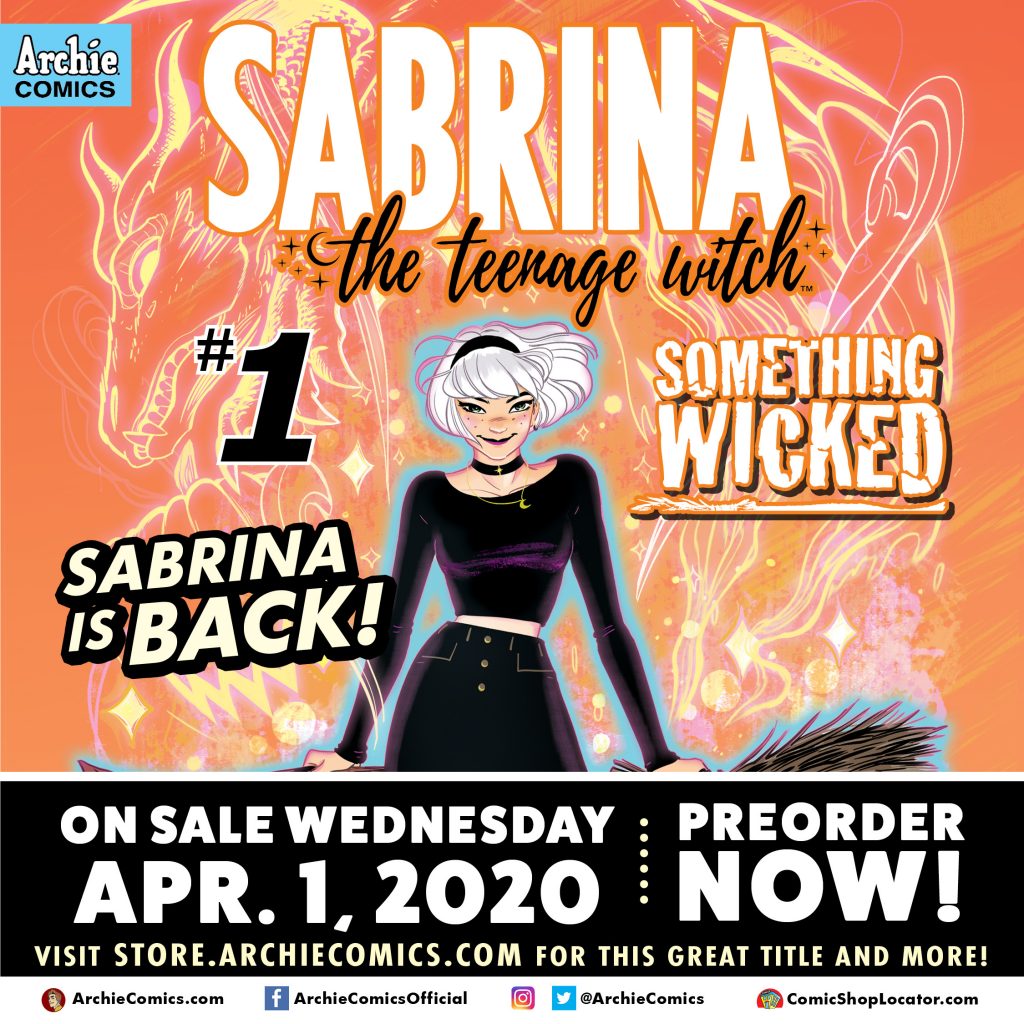