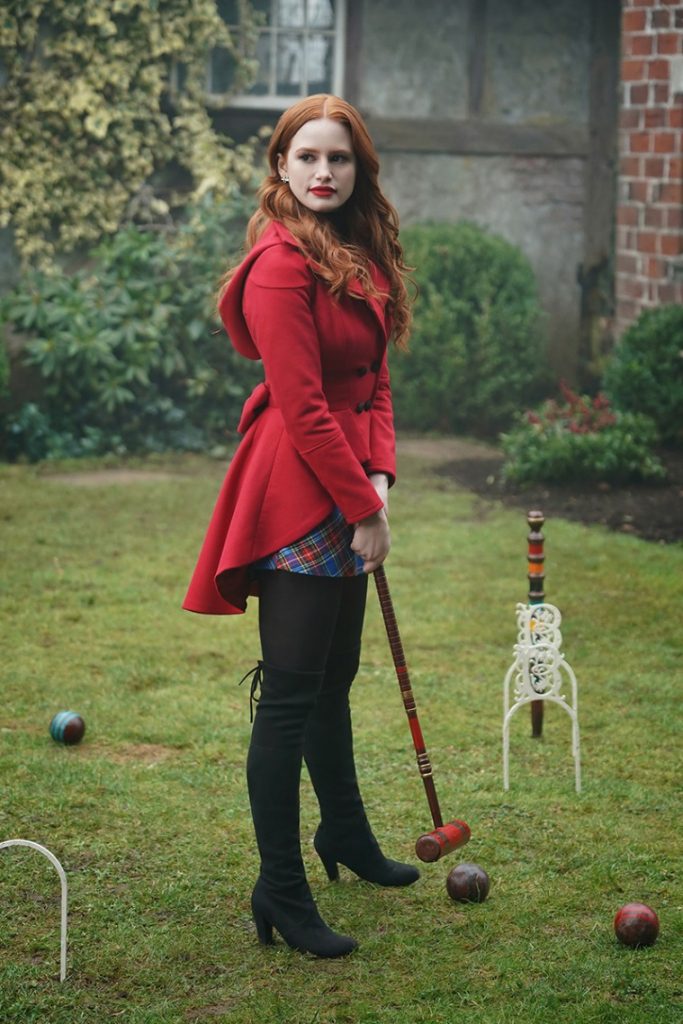 Heads up, Riverdale fans! The next musical episode of RIVERDALE, featuring nine songs, will air Wednesday, March 20 at 8/7c on The CW and will be based on the classic 1989 film “Heathers.”

In the classic 1989 film, Westerberg High is ruled by a shoulder-padded, scrunchie-wearing junta: Heather, Heather, and Heather, the hottest and cruelest girls in all of Ohio. But misfit Veronica Sawyer rejects their evil regime for a new boyfriend, the dark and sexy stranger J.D., who plans to put the Heathers in their place – six feet under.

“Last year, we had a blast doing ‘Carrie.’ This year, we wanted to honor another iconic teen movie. ‘Heathers: The Musical’ is BIG FUN, with great roles for the Riverdale kids,” said executive producer Roberto Aguirre-Sacasa. “And everyone is singing…”

Sponsored by the mysterious Farm, the cast list for the musical can be seen below and features a who’s who of Riverdale favorites. Last year’s musical episode ended on an extremely dramatic note – what will be in store for us this year? Only time will tell! 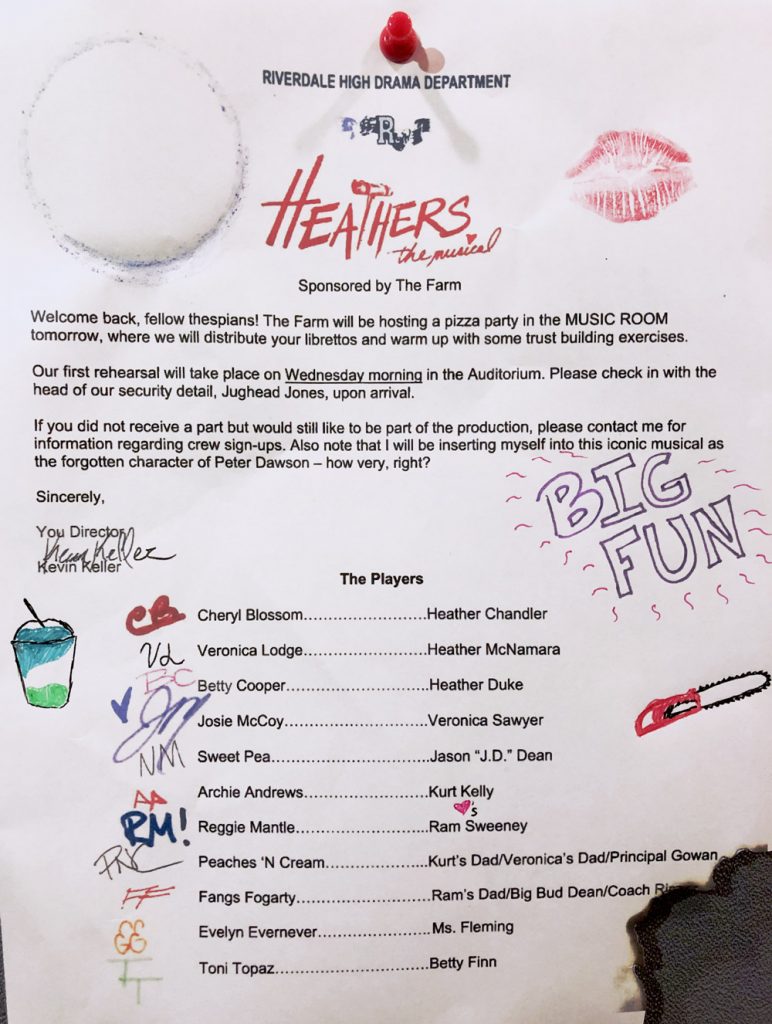