Congratulations to the cast, crew, writers, and producers of The CW’s RIVERDALE for winning seven awards at the 2017 Teen Choice Awards, including Choice Drama TV Show! 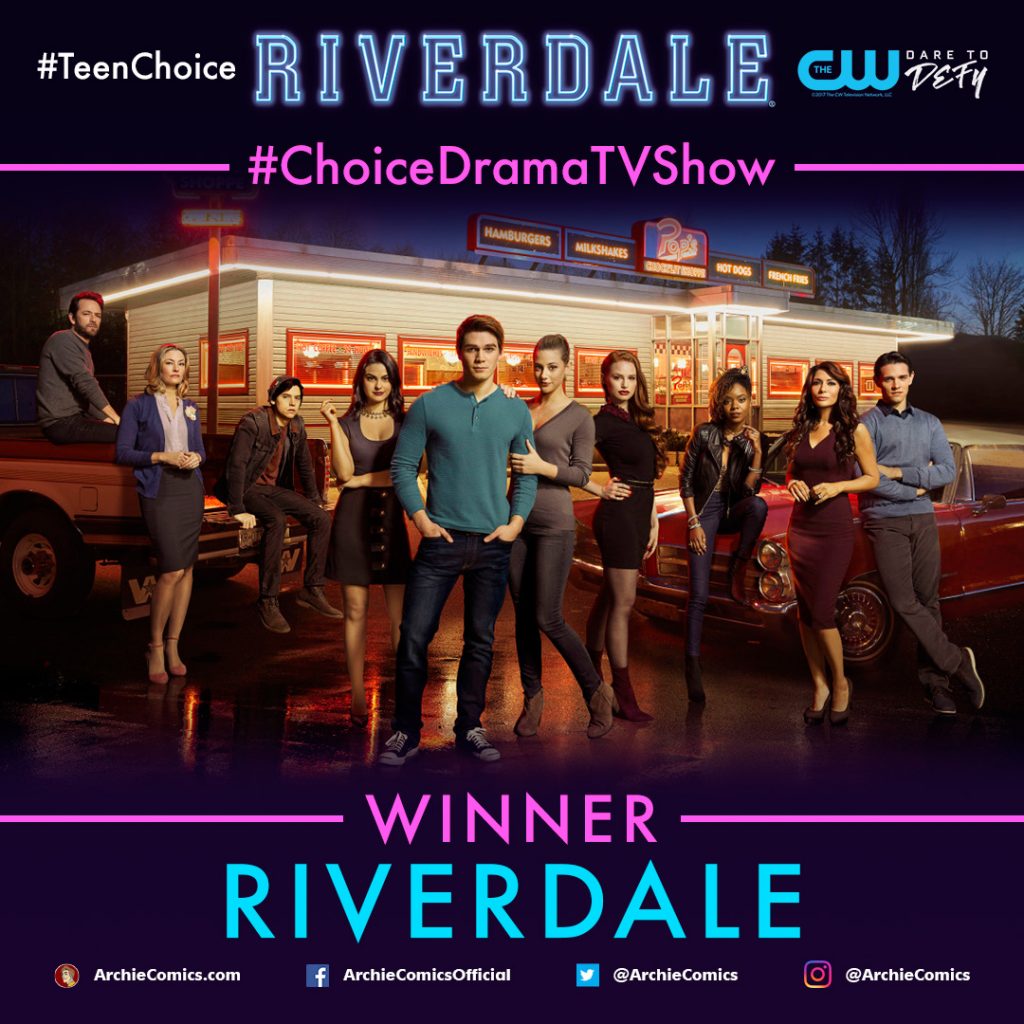 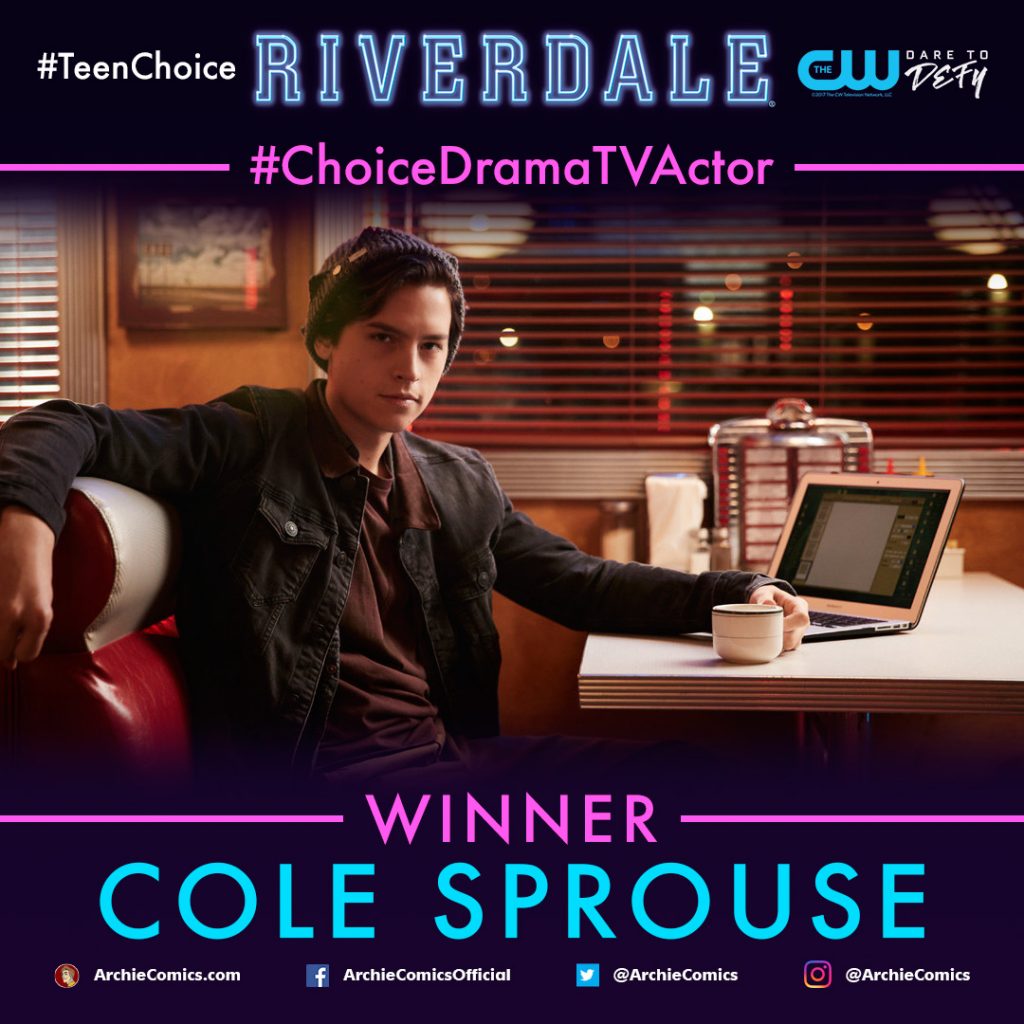 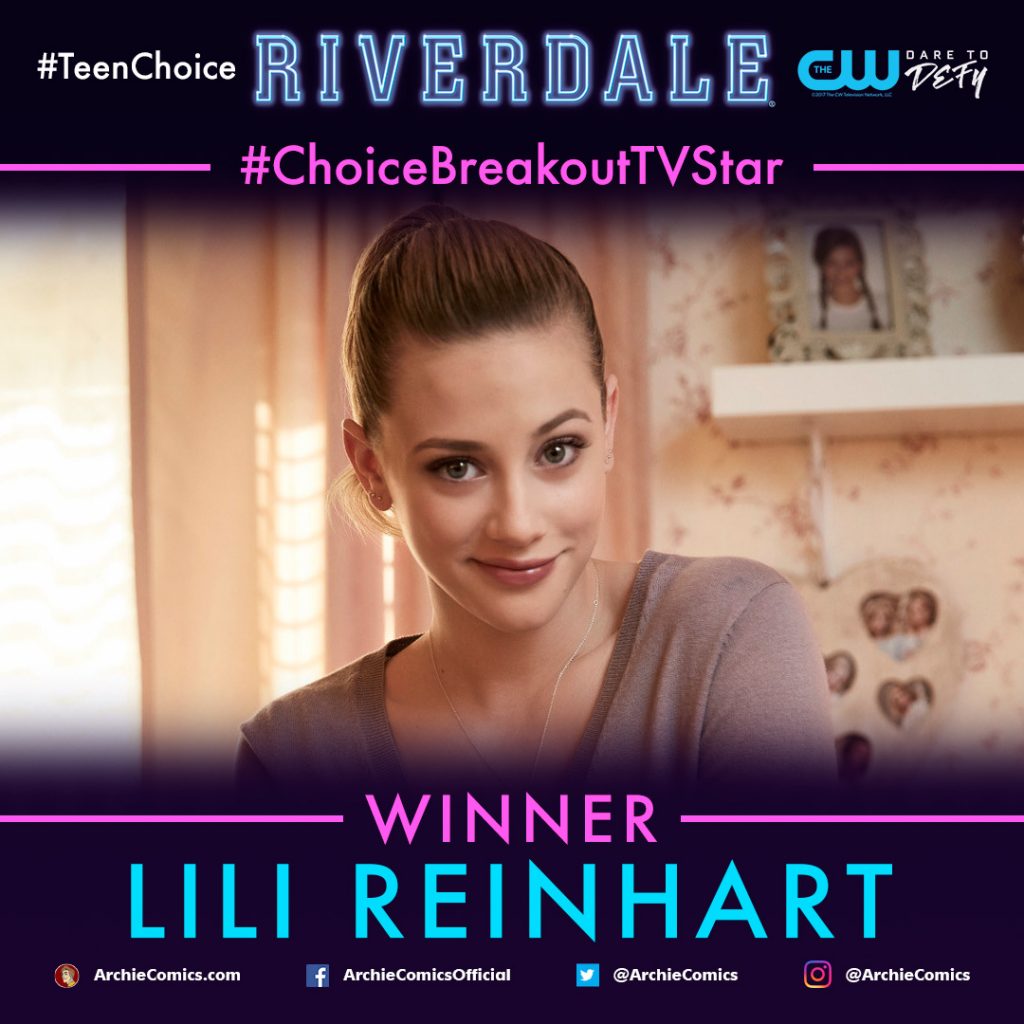 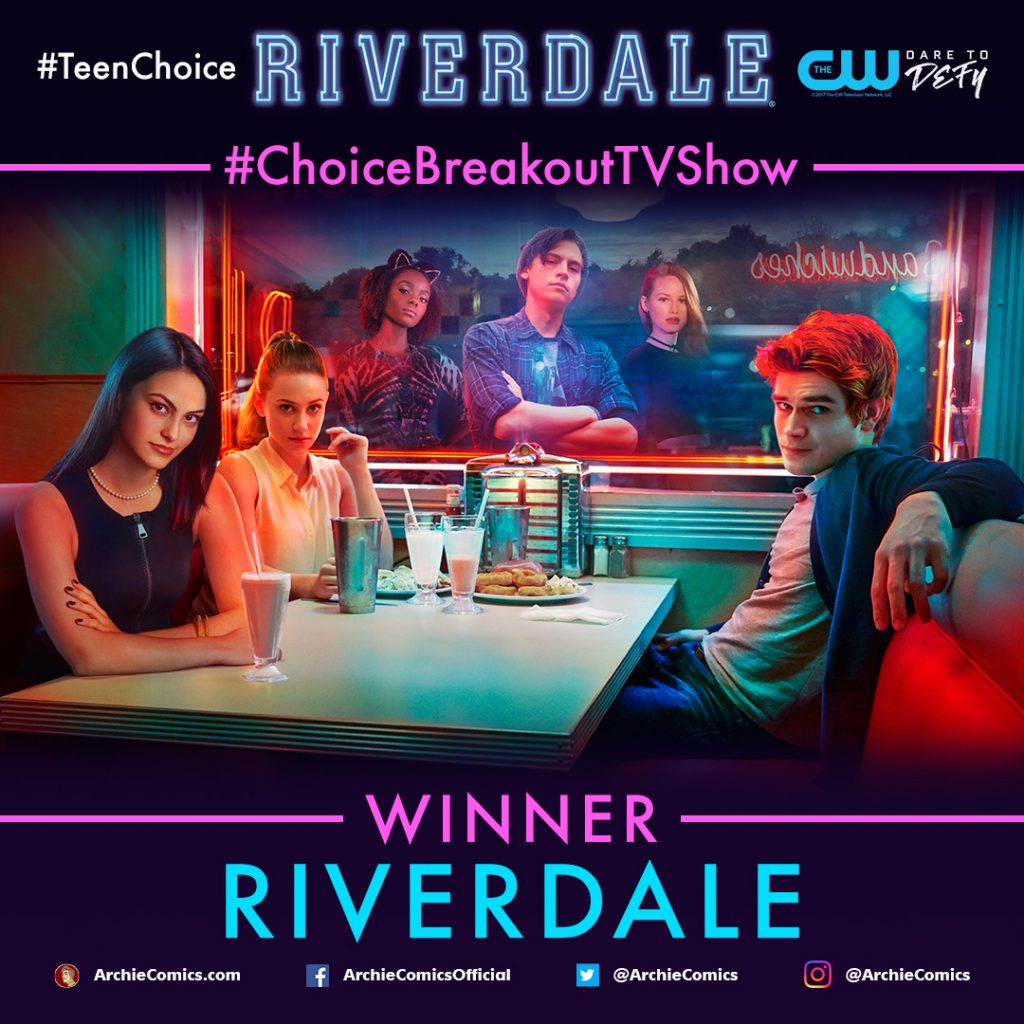 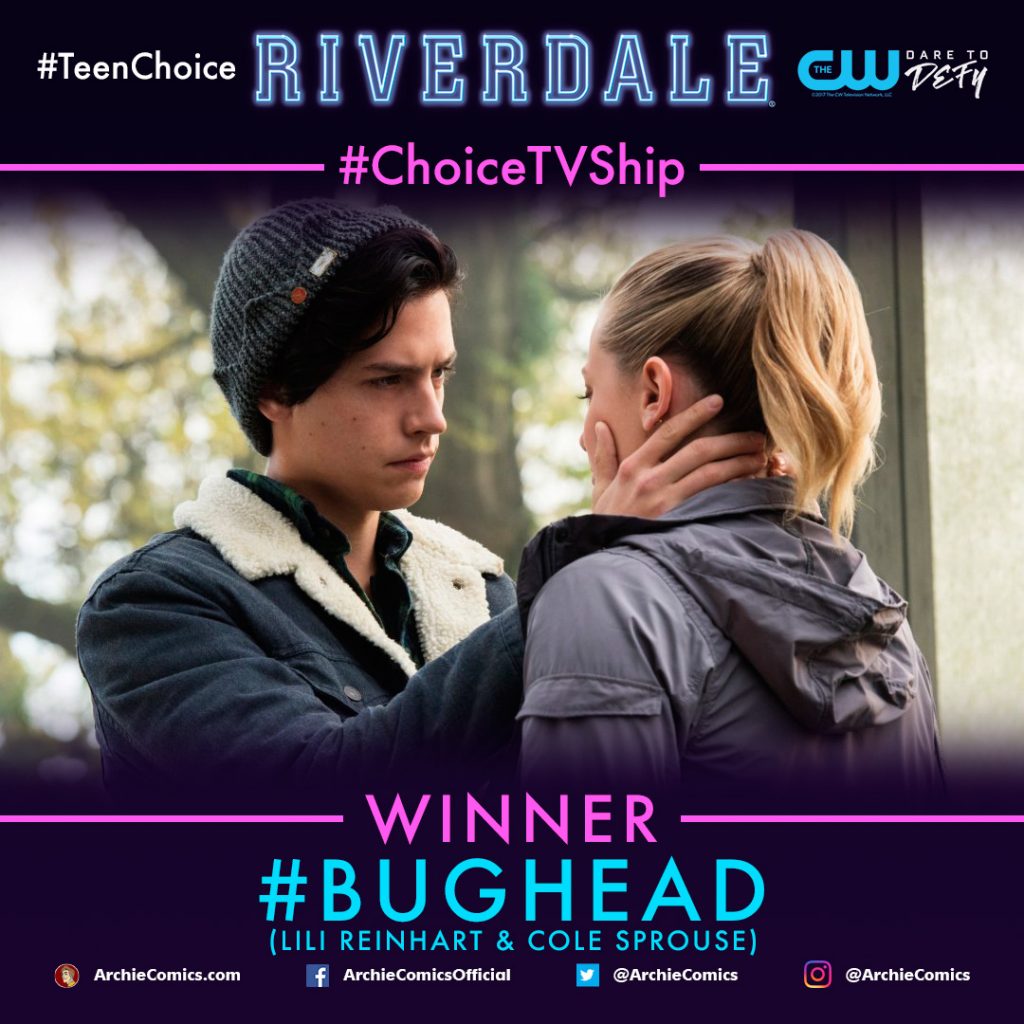 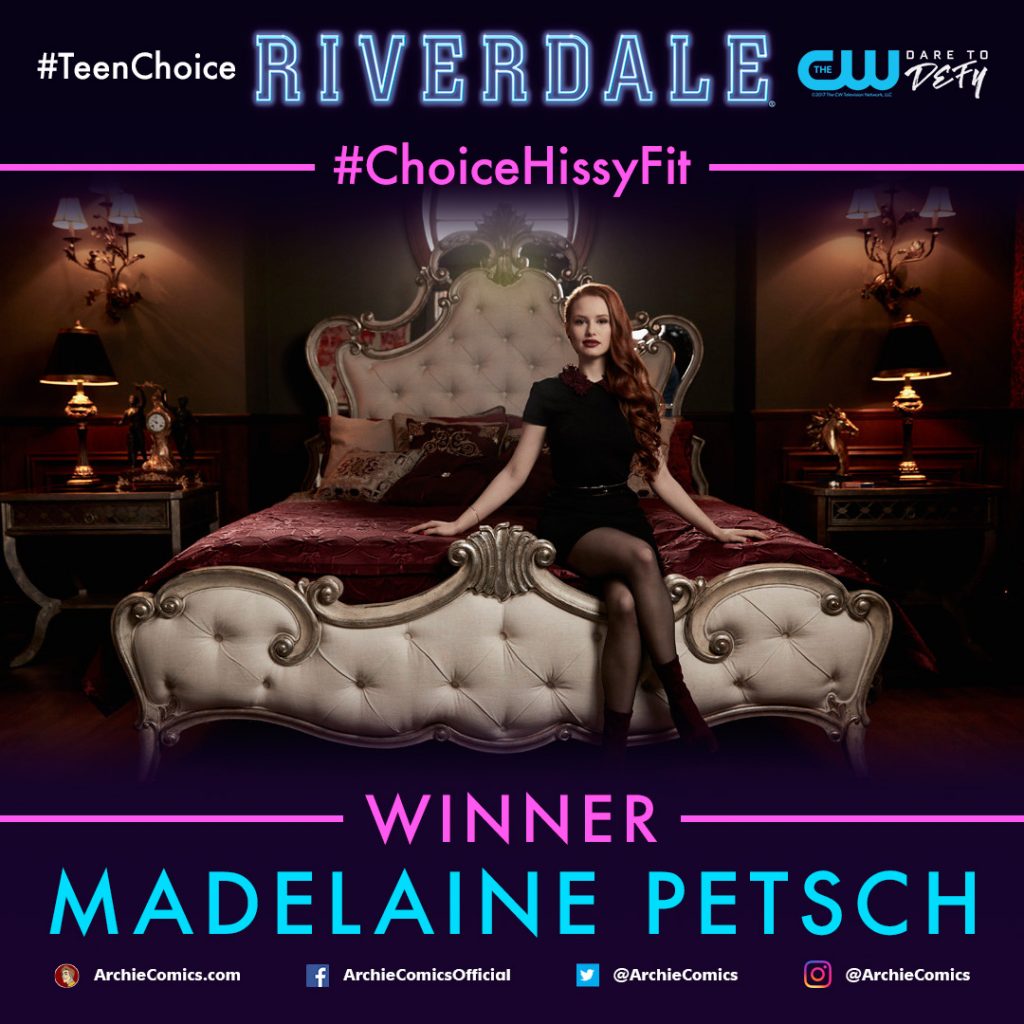 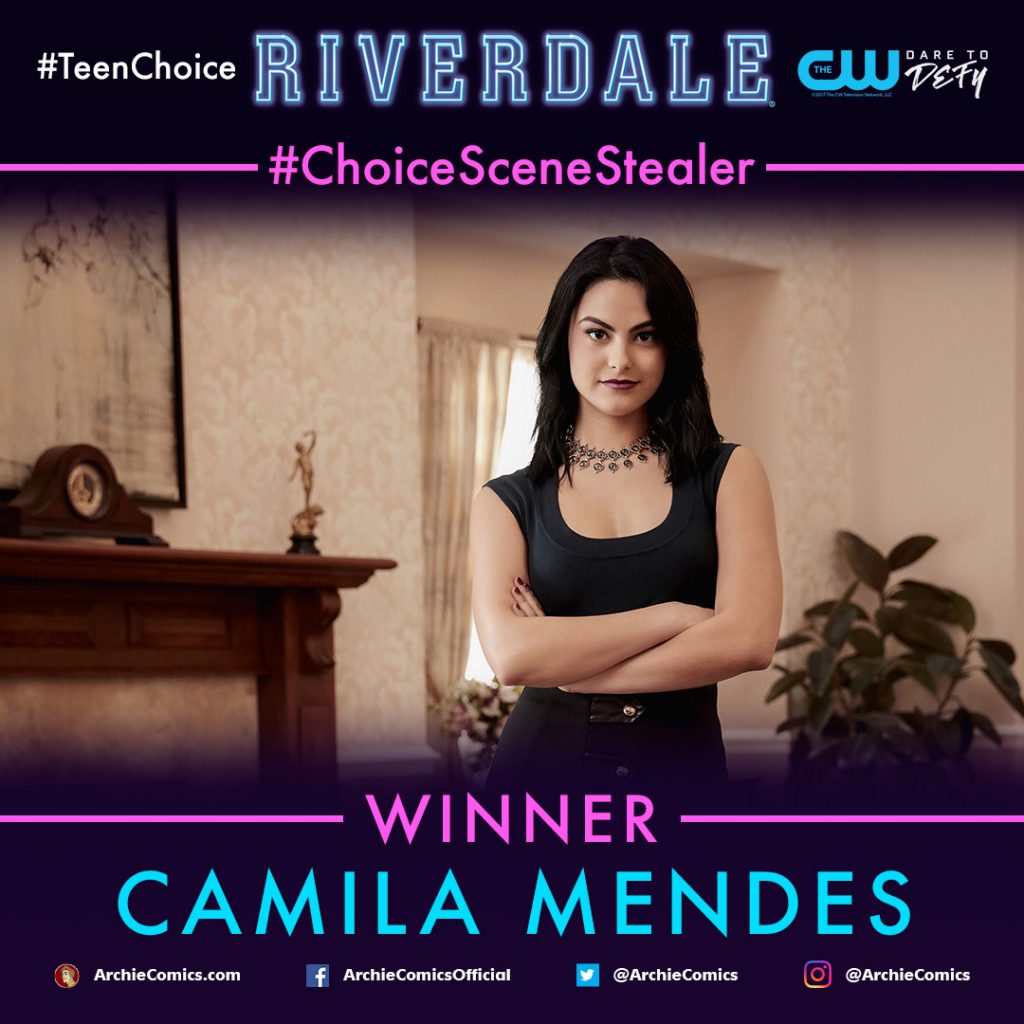 Watch episodes of RIVERDALE on The CW App and iTunes.

Read new stories set in the world of RIVERDALE by subscribing to the comic book series or by downloading the Archie Comics App.