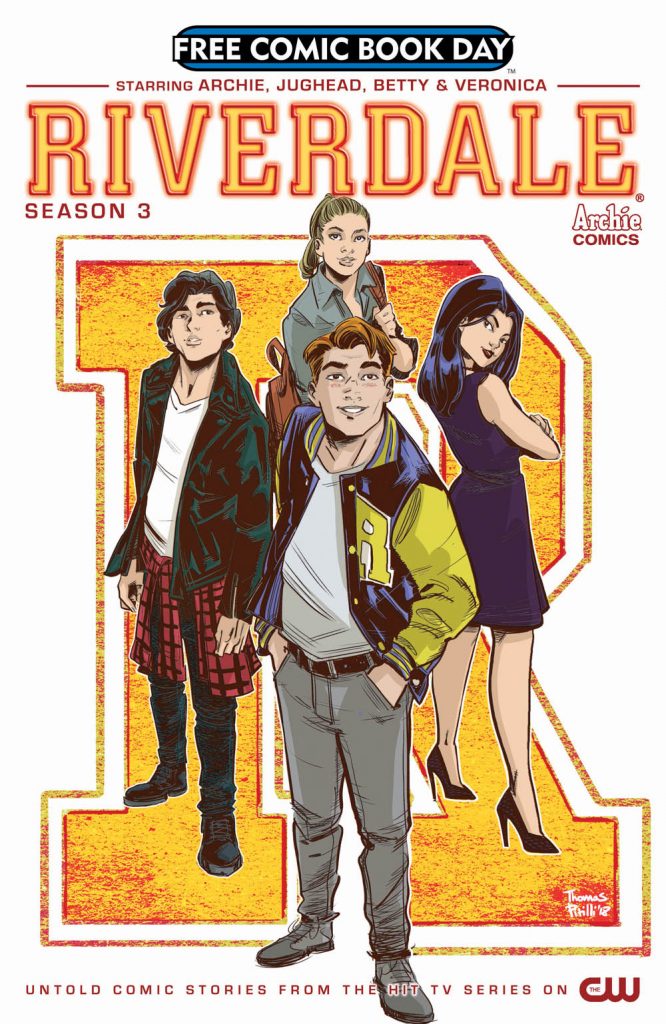 Special one-shot issue to be offered for free in participating comic book stores in May.

As a prelude to a brand-new series of original comics based on The CW’s hit TV series, Riverdale, Archie Comics will be releasing a special one-shot comic book for Free Comic Book Day 2019. The event, falling on May 4, 2019, is an annual tradition at comic shops throughout North America where fans can pick up a wide array of comic books for free.

The special FCBD issue will feature a new comic by novelist Micol Ostow and longtime RIVERDALE artist Thomas Pitilli, along with a special preview of Ostow’s prequel novel, Riverdale: The Day Before, which goes on-sale this month.

In FCBD RIVERDALE SEASON 3, it’s picture day at Riverdale High, and the student council has opened the polls for class superlatives. As the gang preps for their closeups the ballot box goes missing . . . and everyone’s a suspect!

“We’re extremely excited to have Micol on board as the writer for the new RIVERDALE series, so it made perfect sense to give fans an exclusive, original story to stoke the flames of what’s to come,” said Archie Comics Co-President Alex Segura. “Micol’s no stranger to Riverdale, having penned the upcoming Riverdale novels for Scholastic, and she’s working closely with the show’s writers’ room to make sure the comic and show are not only in sync, but complementing each other in a meaningful way. So, if you’re looking to consume more tales from the world of the show, we’ve got the perfect book for you.”

The CW’s Riverdale returns Jan. 16th at 8/7c on The CW. Visit a participating comic book store for Free Comic Book Day on May 4th.

See where it all begins in this all-new story based on the smash-hit CW series Riverdale! Micol Ostow (Riverdale: The Day Before) and Thomas Pitilli (ARCHIE) bring fans into the world with a never-before-seen tale that presents all-new drama and intrigue set between episodes of the show! Plus, get a sneak peek at Scholastic’s original Riverdale novels coming soon to comic shops.