Home News Kelly Thompson and Veronica & Andy Fish conjure up the next chapter of SABRINA THE TEENAGE WITCH!

Kelly Thompson and Veronica & Andy Fish conjure up the next chapter of SABRINA THE TEENAGE WITCH! 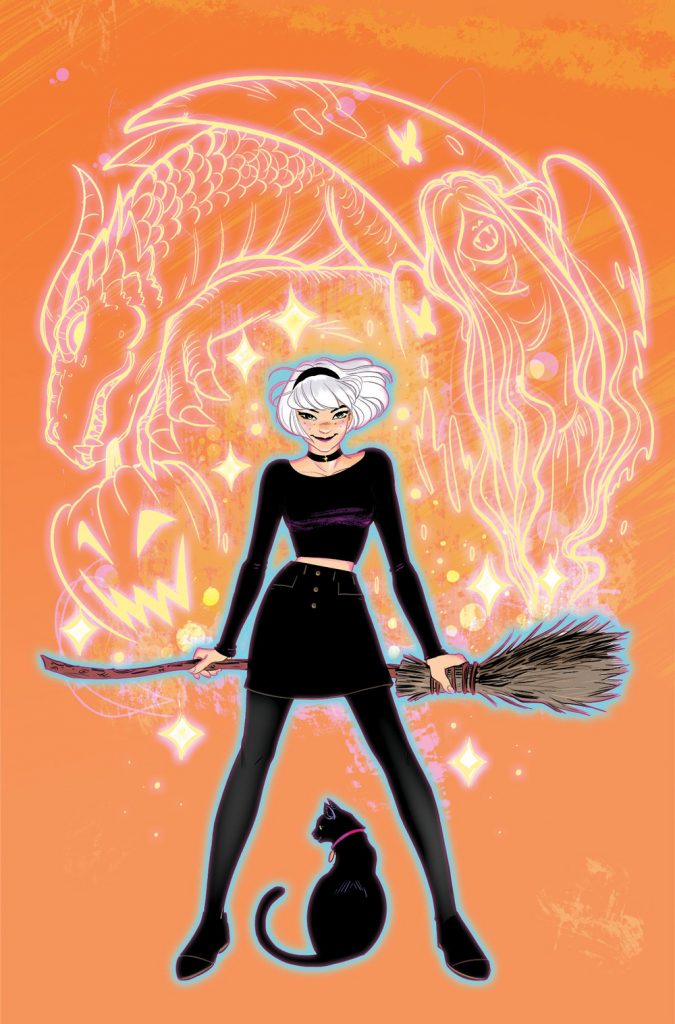 Hot on the heels of the final issue of SABRINA THE TEENAGE WITCH hitting stores next Wednesday, writer Kelly Thompson and artists Veronica & Andy Fish have reunited for the next chapter in their spellbinding reboot of the classic Archie Comics character!

SABRINA: SOMETHING WICKED, a new five-issue mini-series launching in spring 2020, follows the magical monster mayhem of the first series, with Sabrina’s powers on the rise and the forces of darkness not quite as at-bay as she and her fellow witches would like.

“I knew we had a tough task ahead because the CHILLING ADVENTURES OF SABRINA comic is — rightly so — beloved!” Thompson said. “And we were coming in and doing something very different — but people really seemed to embrace it and fall in love. It’s been fantastic. The second volume spins directly out of the first, and a lot of the things that we began setting up there will get explored in this second volume. The tone and approach will be similar but it will be a little darker and more dangerous, the stakes even higher.” 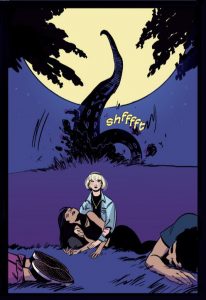 The five-issue sequel will delve further into the characters — both new and old — that were introduced in the first mini-series, including the teens of Greendale High and Sabrina’s familiar Salem, the former warlock / current snarky black cat. And with a deeper exploration of Greendale’s witch history comes many more witches, good and wicked!

“We can’t wait to read what Kelly has coming,” Veronica Fish said. “She always writes so much fun visual material as well as leaving space for us to add in our own little flourishes.” Andy Fish added, “I love what Kelly did with the first one and I’m looking forward to where she takes us. Kelly has a terrific reputation for making these characters feel real and she knocked it out of the park. Bring on more!”

The artistic duo has brought Sabrina and her cast of characters to life in an exuberant new art style with gothic-yet-bright colors and magic that seems to jump off the page. Letterer Jack Morelli will also return to round out the creative team.

“It’s not hype to say SABRINA THE TEENAGE WITCH by Kelly, Veronica, Andy, and Jack was a critical and sales success,” said Archie Comics Co-President and series editor Alex Segura. “They perfectly threaded the needle —  telling a tale with heart, magic, humor, action, and a dash of danger and action. It felt natural and true, and the reader response was overwhelmingly positive. I’d be a terrible editor if I didn’t ask for more!” 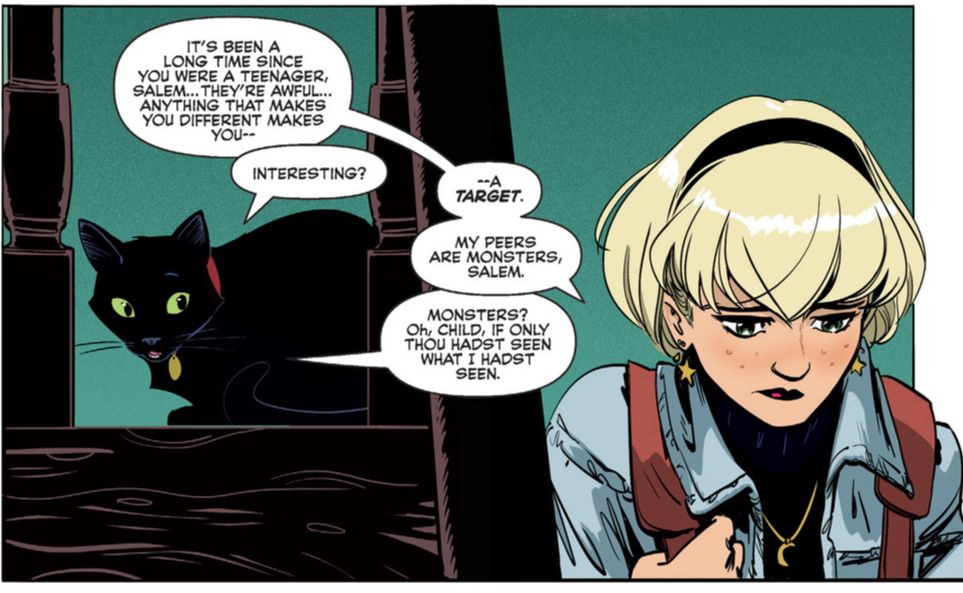