Home News It’s a tale of two Riverdales in ARCHIE VS. PREDATOR 2 #2!

It’s a tale of two Riverdales in ARCHIE VS. PREDATOR 2 #2! 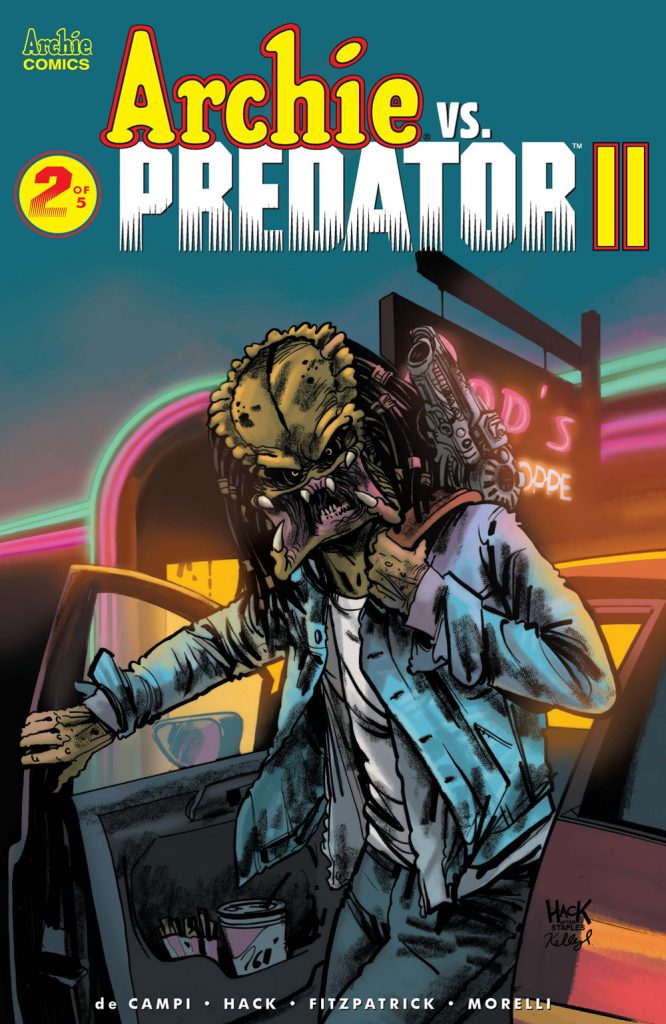 After the shocking ending of the first issue, Archie-Predator, Betty, and Veronica come face to face with… themselves!?Will these two different versions of the Riverdale gang be able to get along? They may be forced to as danger isn’t far behind whenever there’s a Predator involved!

GET A MAIL ORDER SUBSCRIPTION! 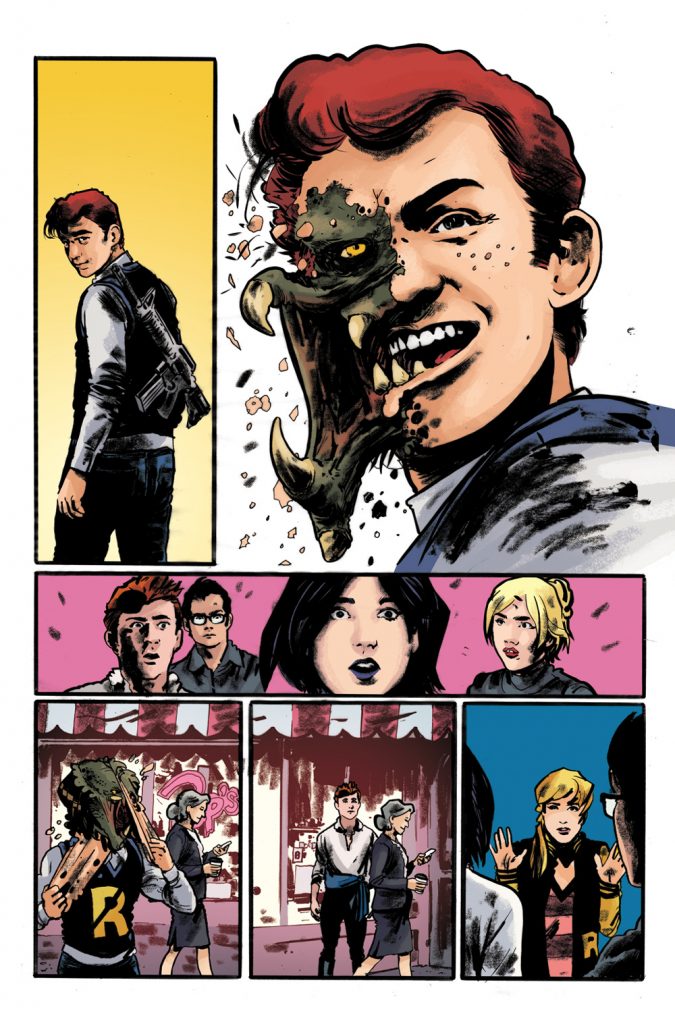 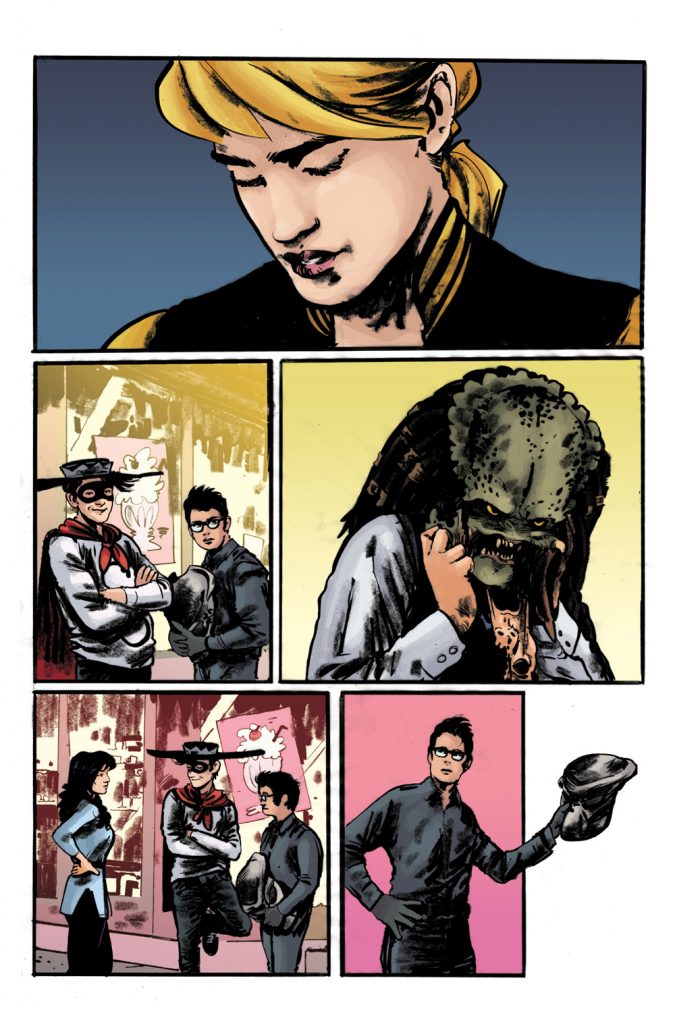 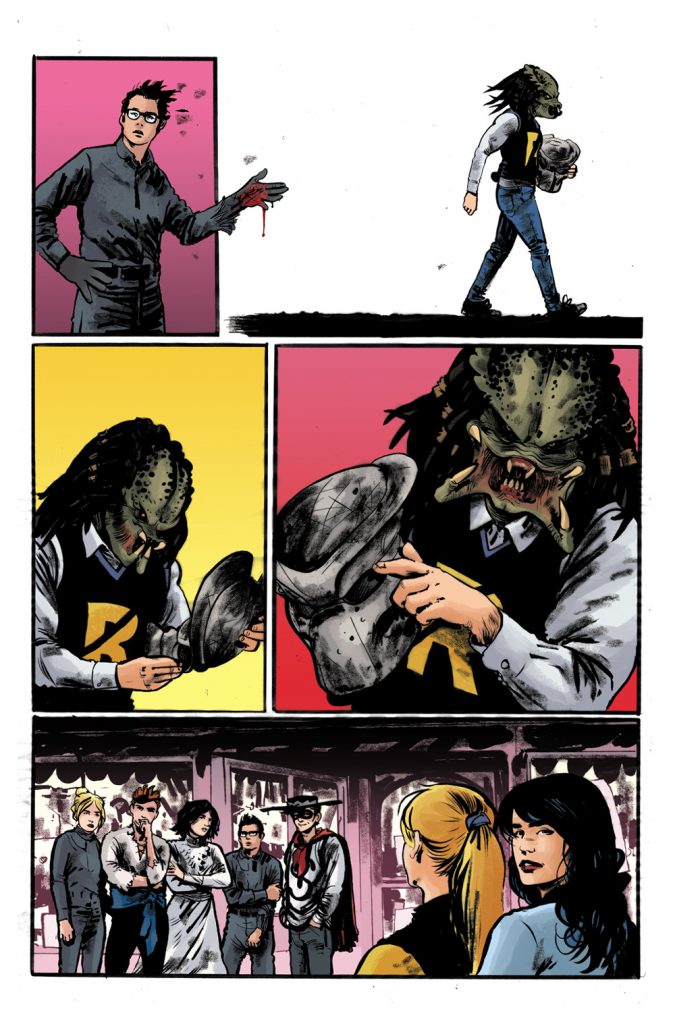 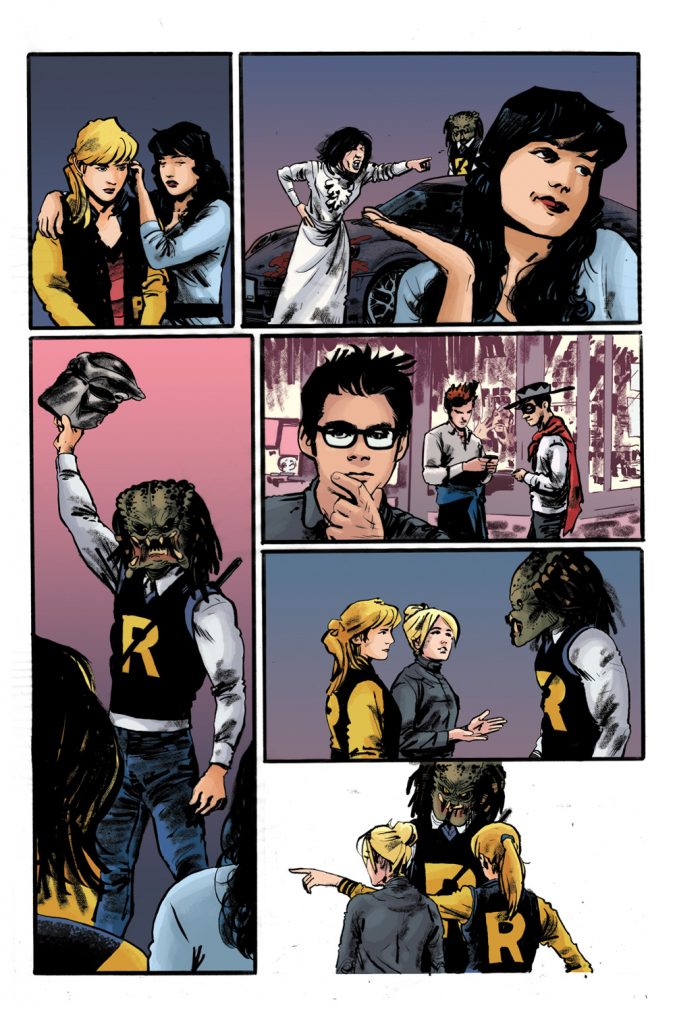 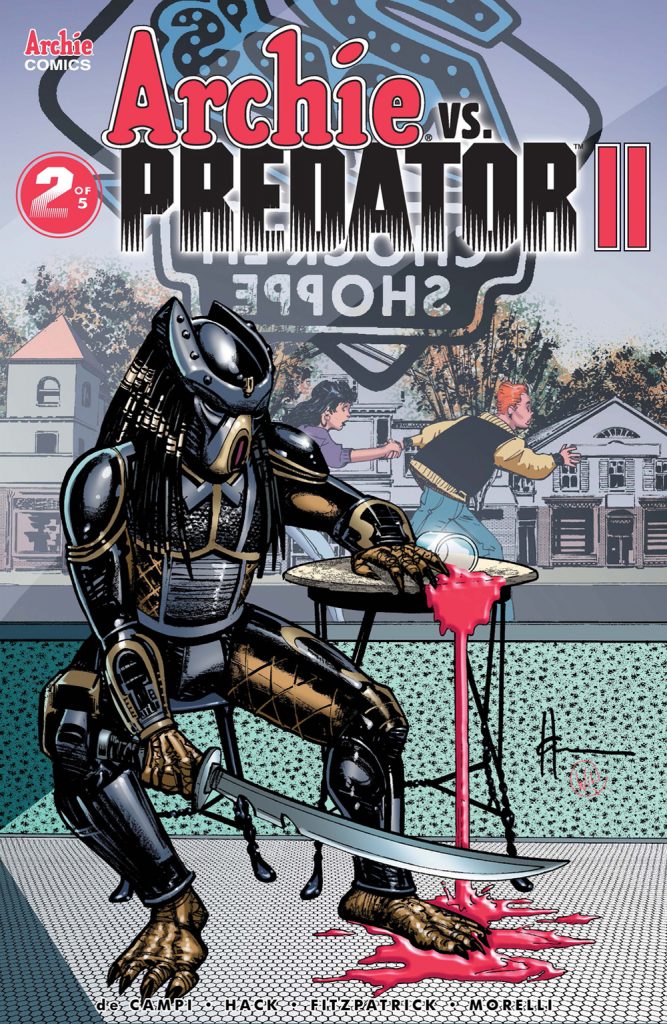 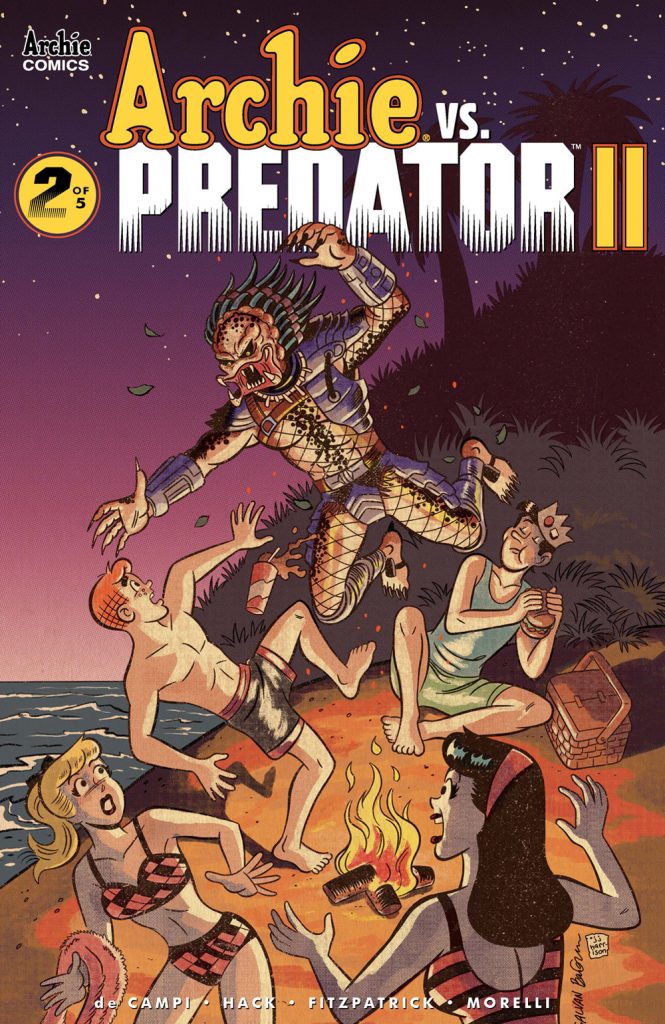 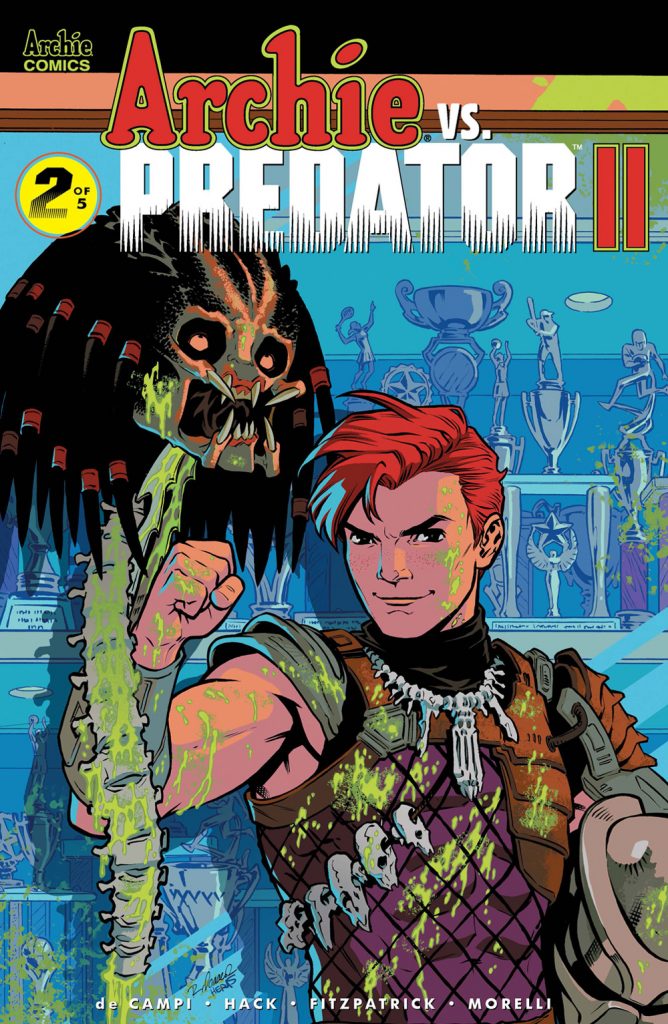 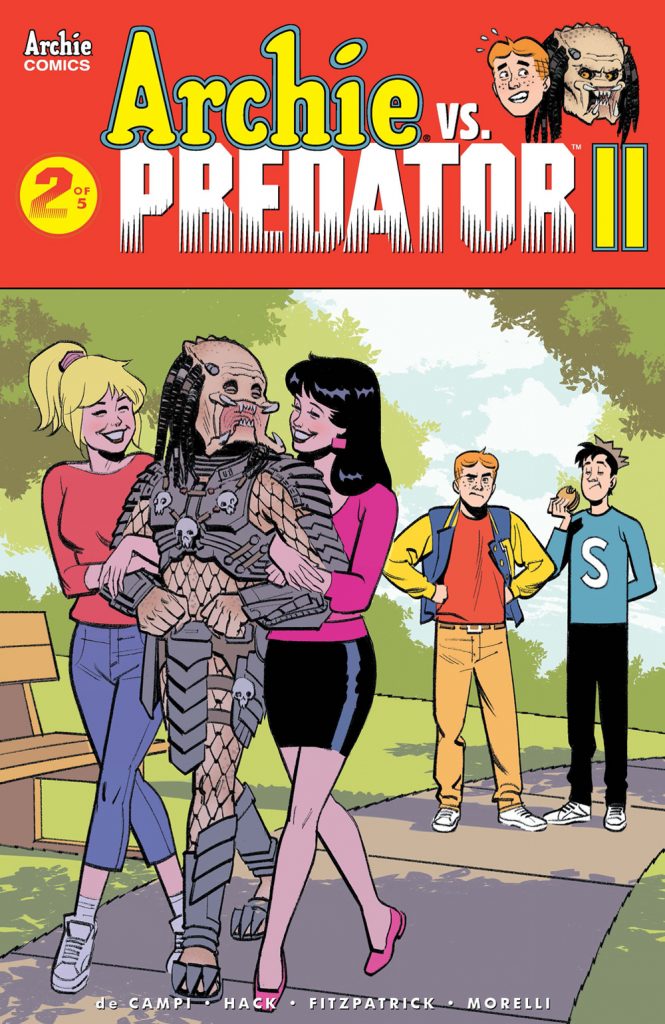 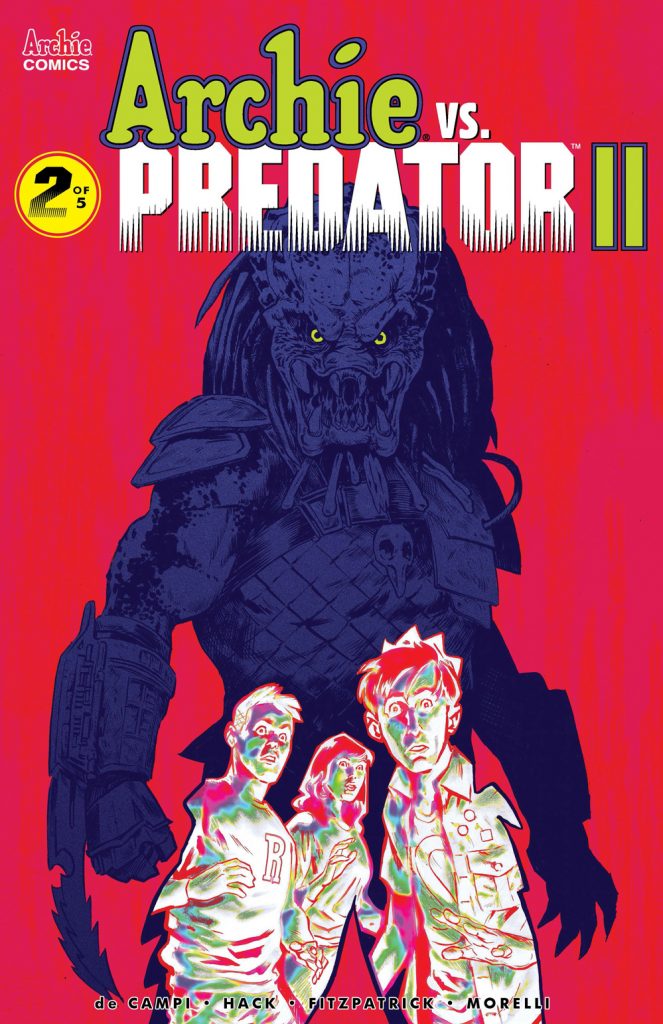 Our trios (new and old) are getting to know each other better—like Classic Betty and Veronica discovering that the newer versions of themselves actually AREN’T both trying to win over Archie’s affections. There’s a lot to take in in this brave, new world, but they’ve got a more pressing issue to deal with: Predator-Archie is quickly turning back into a Predator, and time is running out. Fortunately, the Riverdale Halloween Dance may be just the cover the gang(s) need.