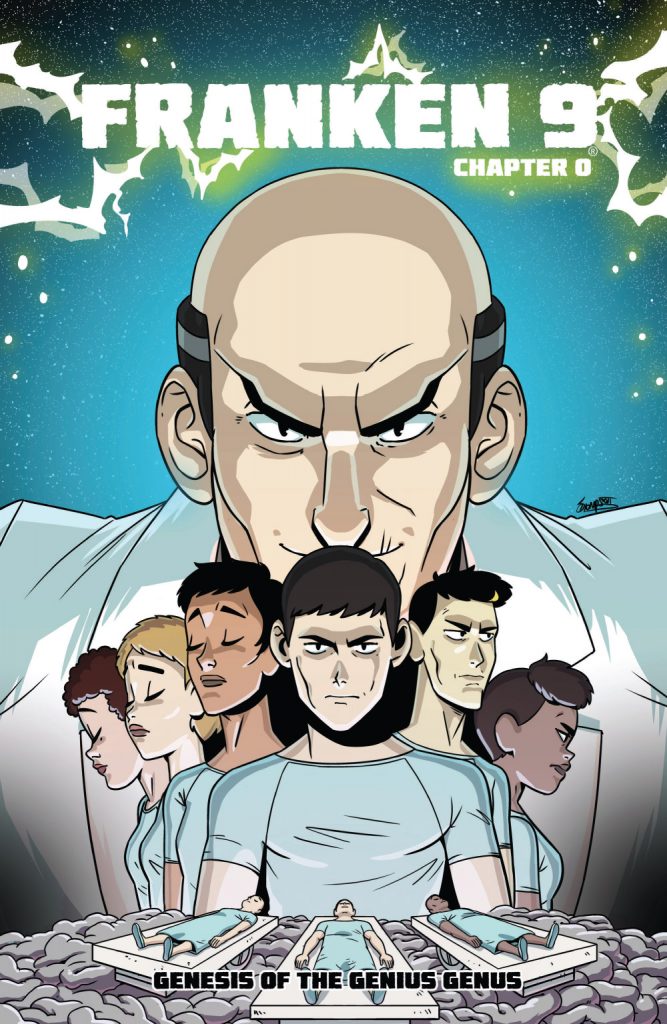 What happens when an evil genius uses science to create a group of super powered, highly intelligent teenagers?

“FRANKEN 9” is a new sci-fi digital-first comic series by newcomers Jared Goldwater and Ryan Straughn and veteran artist Ryan Jampole (ARCHIE, MEGA MAN) featuring an eccentric and mysterious scientist whose experiments result in the creation of a new group of super-humans that will change the fate of the world forever.

Ostracized from the scientific community for his reanimation research, Dr. Lambda steals the brain of a dying genius to implant the minds of 9 homeless teens with his master plan for a new world order.

Newcomers Goldwater & Straughn join veteran comics artist Ryan Jampole on this new series blending together classic science fiction intrigue and bombastic superhero action. From super-powered organ transplants to time travel and everywhere in between, FRANKEN 9 takes readers on a journey full of twists and turns with plenty of mad science.

Dr. Lambda has monstrous plans for his creations – will they follow along or forge their own path forward?

Issues of FRANKEN 9 will be available to read on ComiXology and Amazon beginning November 22.