Home News Take a first look inside JOSIE AND THE PUSSYCATS #2 and other new comics on sale 11/2/16!

Take a first look inside JOSIE AND THE PUSSYCATS #2 and other new comics on sale 11/2/16!

We’ve got your first look inside the new Archie Comics on sale in comic book shops this Wednesday, November 2nd!

Josie and the Pussycats hit the road for their first gig outside of Riverdale in the second issue of their new series – and they bust up a crime ring too! Plus, Betty & Veronica team up to outdo a neighbor’s Christmas decorations in “Ho Ho Hopeless” by Dan Parent in this week’s new BETTY & VERONICA HOLIDAY ANNUAL.

JOSIE AND THE PUSSYCATS #2 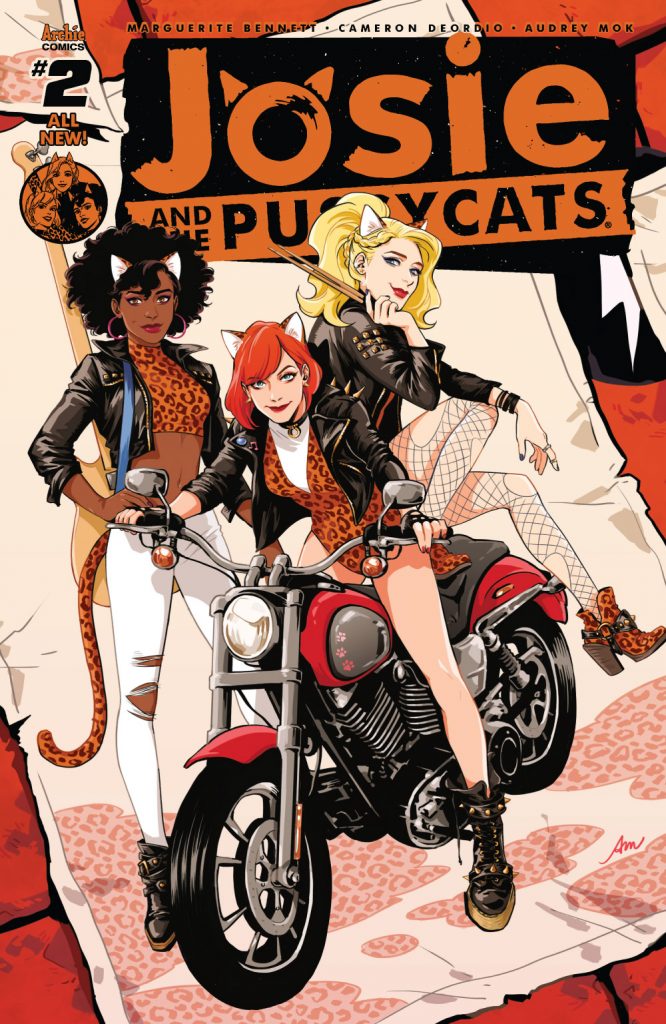 As the girls look to play their first gig outside Riverdale, they run into some unexpected complications. Can they bust up a crime ring, help the criminals see the error of their ways, and jump-start the band’s music career—all through the power of rock, friendship, and, Melody assures us, entirely legitimate comic book science? You’ll have to read to find out! 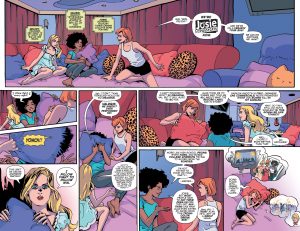 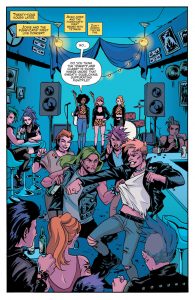 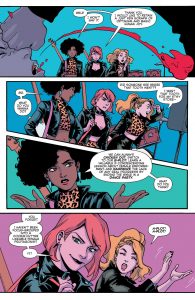 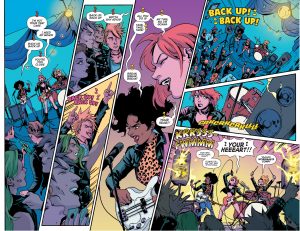 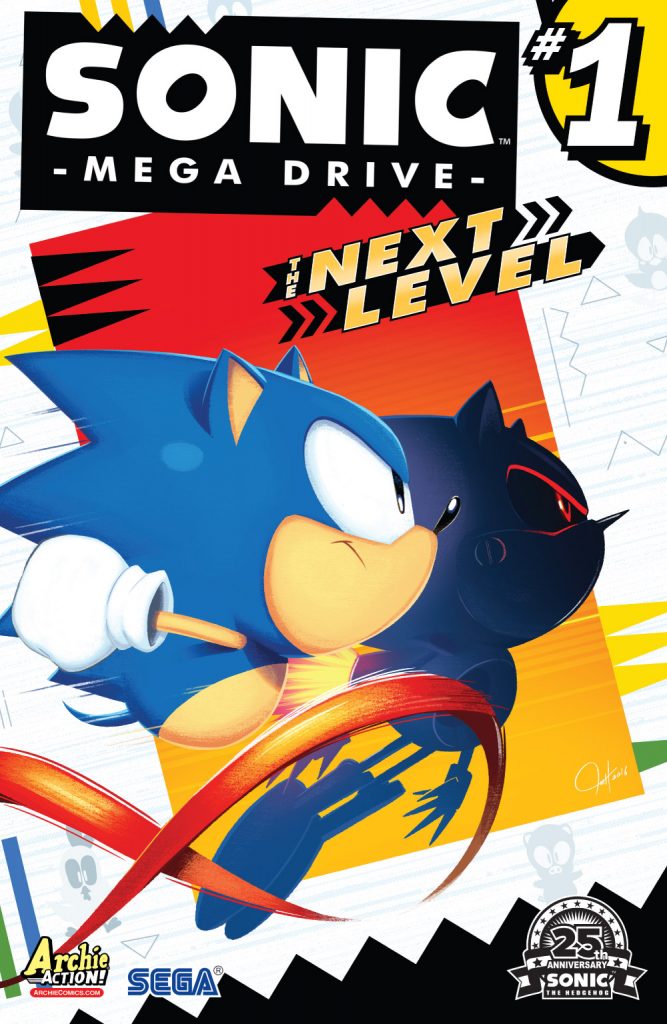 Welcome to “The Next Level”: The sequel to the hit Sonic: Mega Drive is here!  Picking up right where things left off Sonic, Tails, Amy Rose and Knuckles are on the hunt for the Ancient Gears and on the move to stop Dr. Eggman’s latest scheme!  But not everything runs like clockwork when Sonic breaks away to do his own thing.  And Dr. Eggman has a certain high-speed robot up his sleeve.  You can’t miss out on this exciting new installment in the Sonic Mega Drive series! Featuring cover art by mega-talent Tyson Hesse! 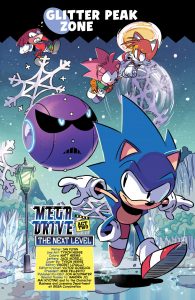 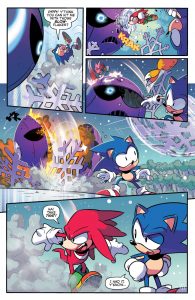 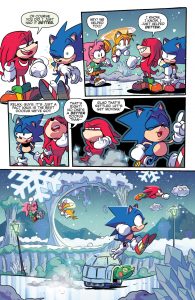 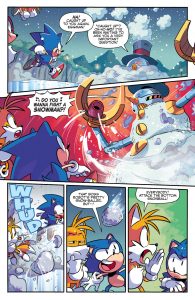 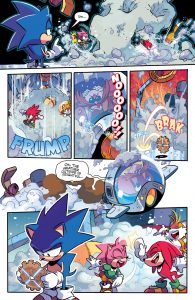 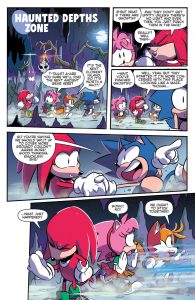 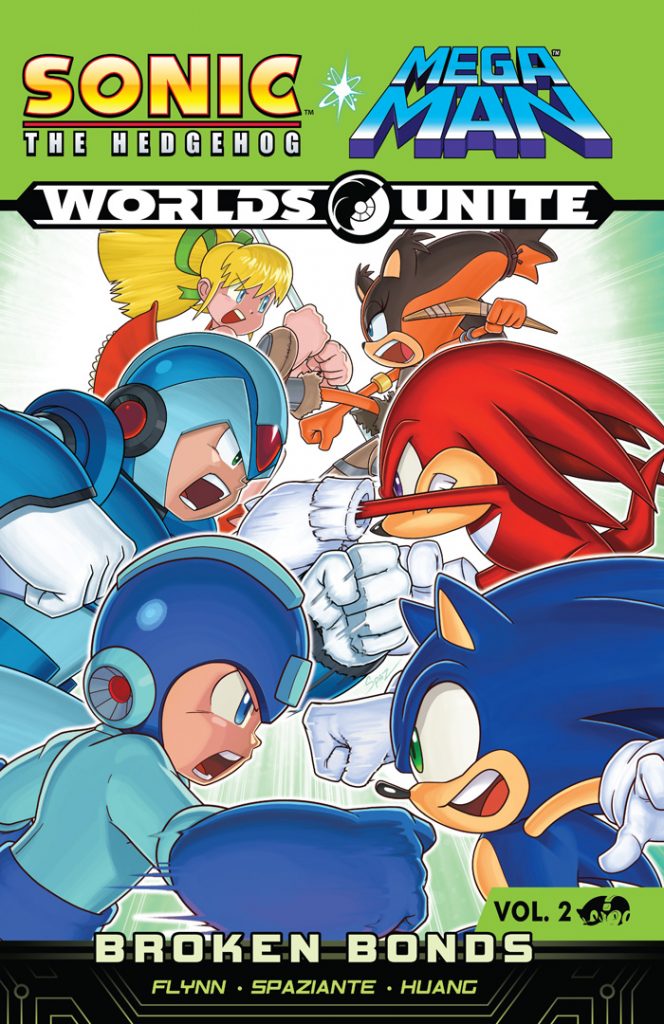 The sequel to the record-shattering Sonic the Hedgehog and Mega Man crossover is here! You saw what happened when “Worlds Collide!” Now brace yourself for when WORLDS UNITE! Sigma–the brilliant villain from the future—has fused the worlds of Sonic the Hedgehog and Mega Man together! Now he feeds on the super-planet’s energy to become unstoppable! It’s up to Sonic and Mega Man to raise an army to fight the time-hopping villain. Joining them are the Freedom Fighters, the Robot Masters, X and his Maverick Hunters, Sticks and her friends, and–Dr. Eggman and Dr. Wily?! But it won’t be easy, as Sigma uses his powers to reach across space and time to recruit an army of his own! It’s a battle of epic proportions to save the Unified World! Featuring the introduction of the STREET FIGHTER cast, including Ryu, Chun-Li, Guile and Ken! This volume collects WORLDS UNITE parts 5-8, including SONIC UNIVERSE #77, SONIC BOOM #9, SONIC THE HEDGEHOG #274, MEGA MAN #51 and selections from the MEGA MAN: WORLDS UNITE BATTLES and SONIC THE HEDGEHOG: WORLDS UNITE BATTLES one-shots and includes bonus materials such as creator spotlights, production art, and an expansive cover gallery. Featuring cover art by Sonic comics legend, Patrick Spaziante. 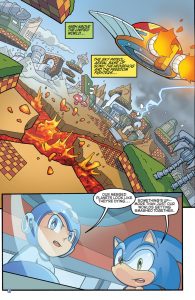 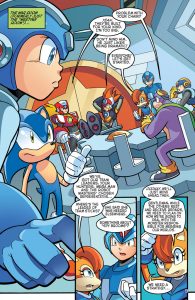 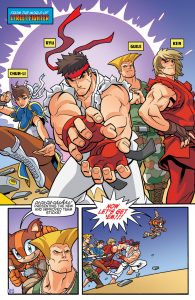 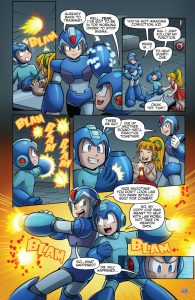 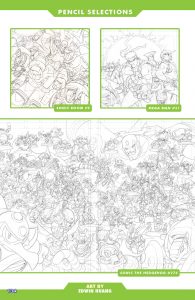 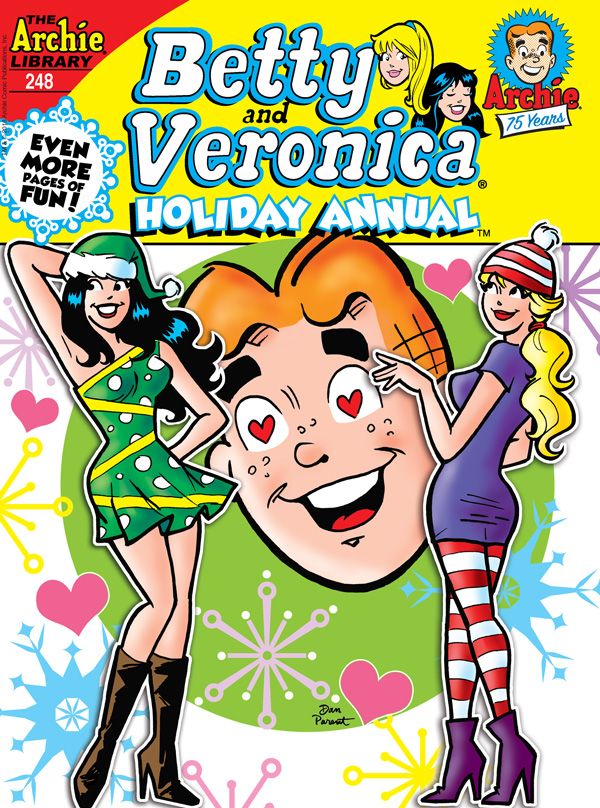 Betty’s been tasked with putting up her family’s tree—a Christmas chore that Veronica finds criminally boring! But when Betty’s annoying new neighbor Holly brags about her family’s elaborately designed house always winning best decorated on the block, a fire so big you could roast chestnuts over it is ignited within Ronnie—and she’s determined to make sure her BFF has the best and brightest house in town. Can they make it happen? Find out in “Ho-Ho-Hopeless!” the fun new lead story to this Holiday Annual featuring even more pages of festive fun! 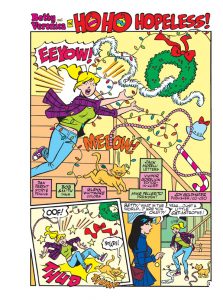 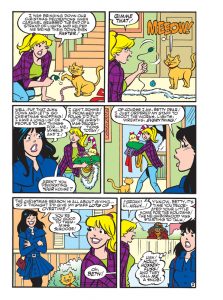 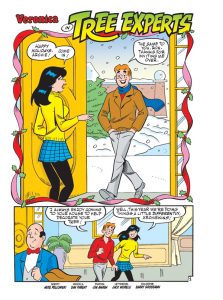 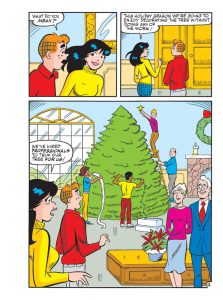