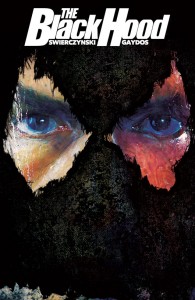 Dark Circle Comics is proud to reveal the first interior pages from THE BLACK HOOD #1 and announce that the first issue will be fully returnable for comic book retailers that order 5 or more copies.

Best selling crime novelist Duane Swierczynski and noir master Michael Gaydos will be exploring the dark and dangerous corners of both Philadelphia and the mind of Officer Gregory Hettinger, a hero cop whose brush with death takes him down a path that he could never have envisioned. THE BLACK HOOD is an intense look at a man whose struggles with anger, addiction, and self-destructive behavior redefine his position and outlook on life and what that means for the people of his city.

To find a comic book store near you, use the Comic Shop Locator Service or call 1-888-COMIC-BOOK. 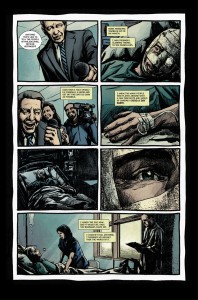 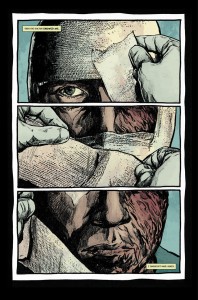 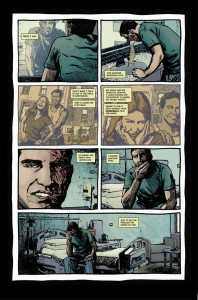