Home News Check out the Archie Comics Solicitations for December 2015!

Check out the Archie Comics Solicitations for December 2015! 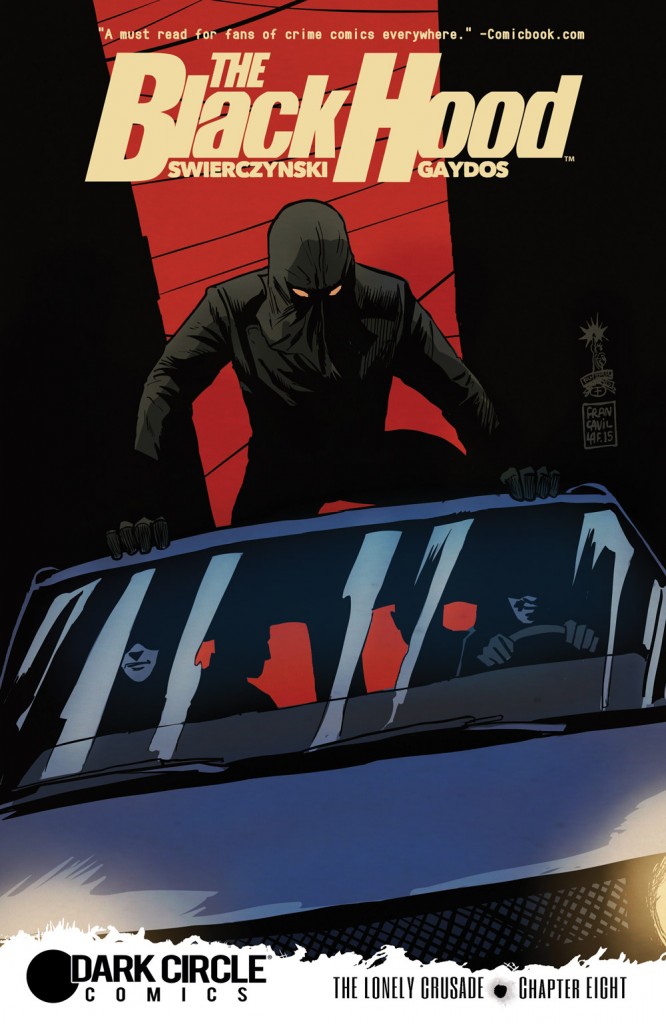 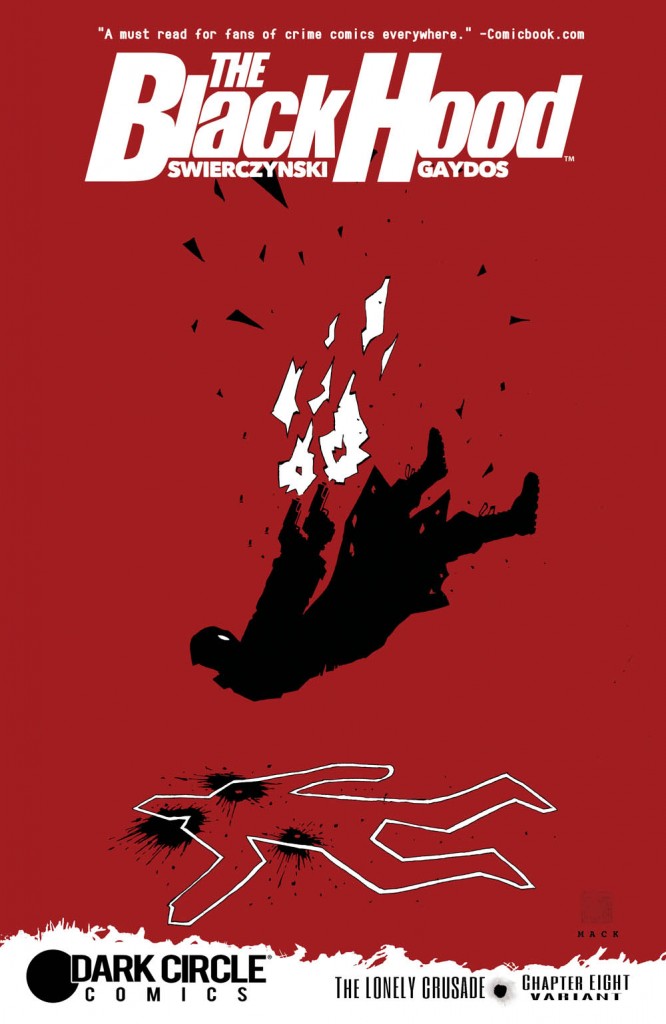 “The Lonely Crusade, Part 2” The Black Hood has tracked down the “Crusaders”—a mysterious group of vigilantes who have vowed to clean the “scum” off the streets of Philadelphia. But their first encounter leaves our man beaten, humbled… and hungry for payback. The Crusaders, however, have some payback of their own in mind. Especially when they stumble upon the Hood’s real identity… 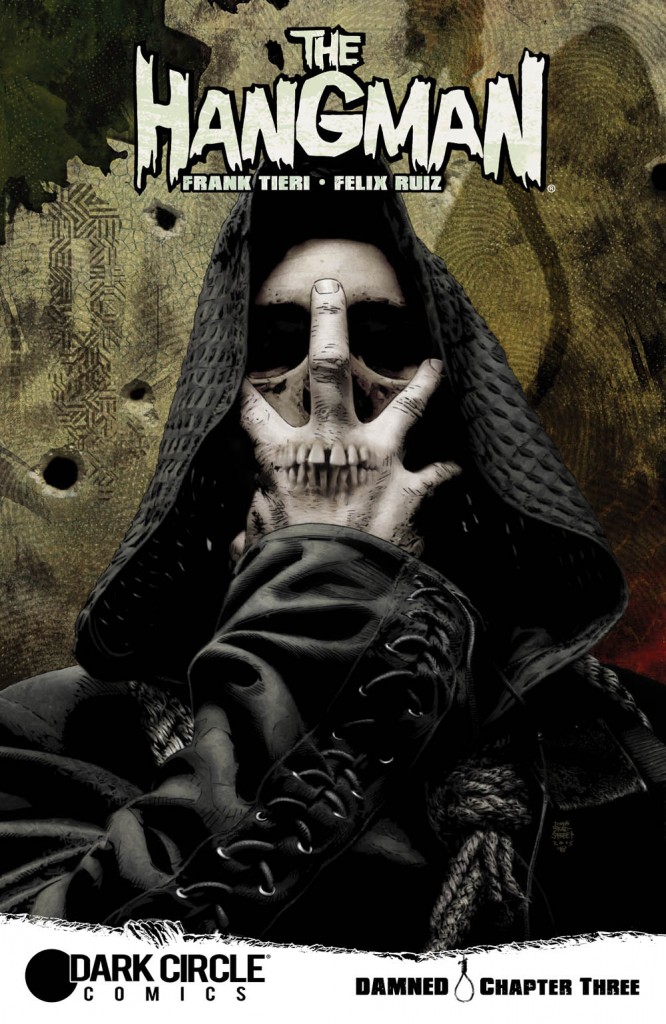 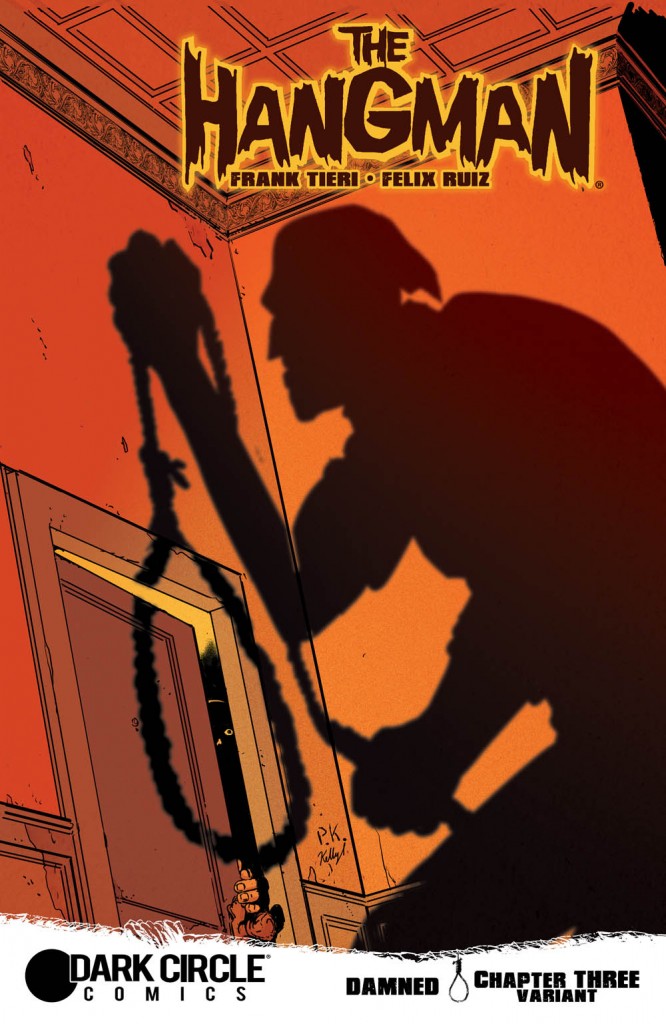 “Damned, Part 3” From the very depths of Hell… a new Hangman arises! Can this newest incarnation of the urban legend do what it takes to save his soul—or will be walk the Earth forever unredeemed? He will if the demon Azmodeus has anything to say about it! 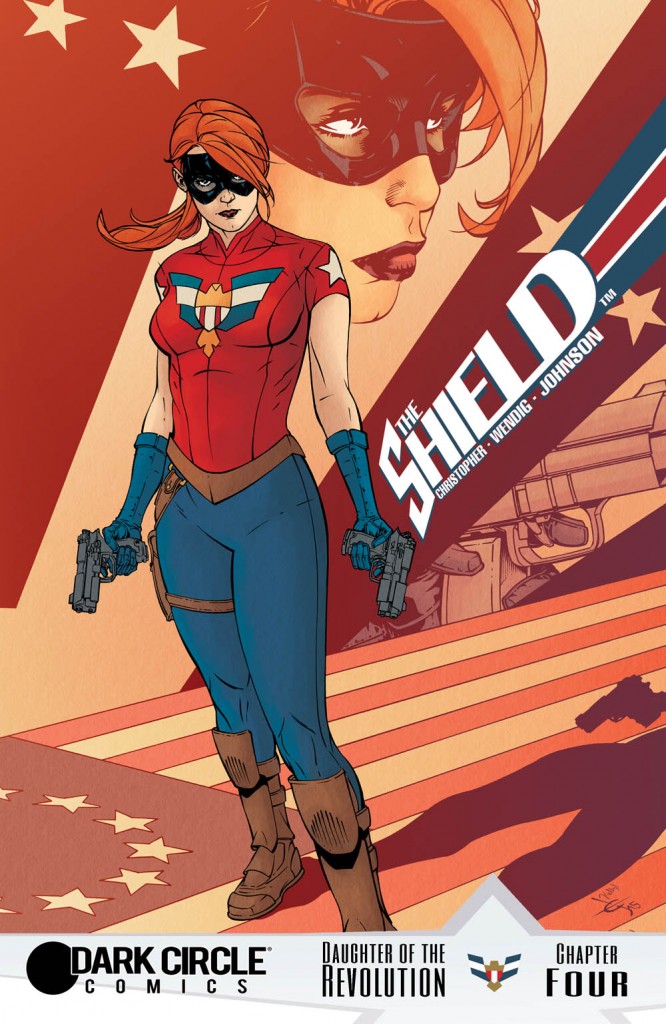 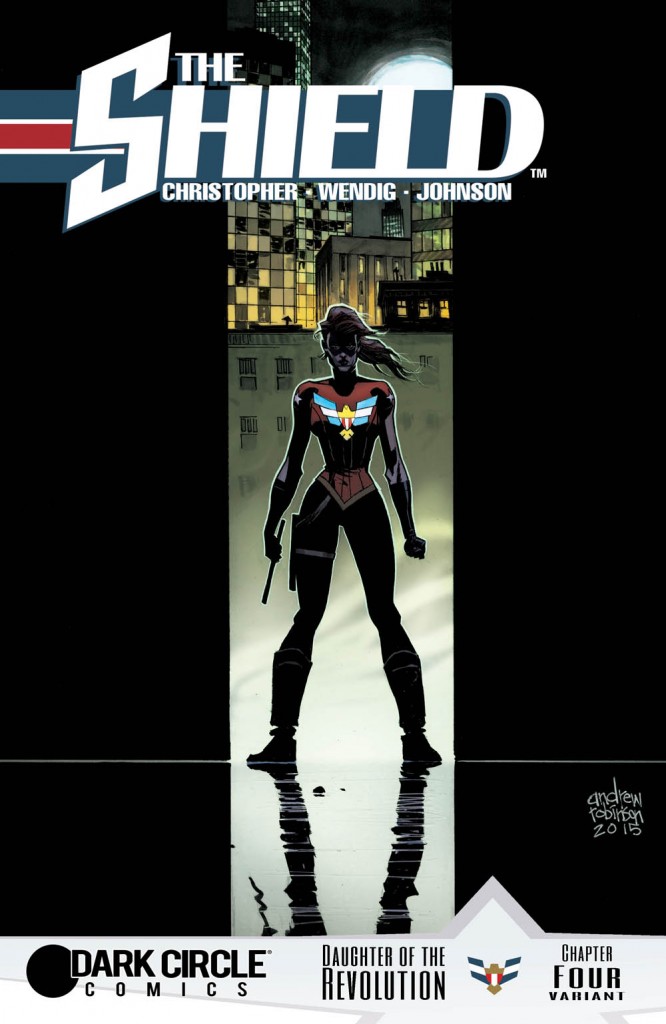 “Daughter of the Revolution, Part 4”

She has served her country well, fighting for US interests the world over. But when the Shield’s next mission ends in tragedy on American soil—a tragedy televised live to every home in the country—the true nature of Black Seven is revealed as the superhero the world has been waiting generations for becomes… Public Enemy Number 1! 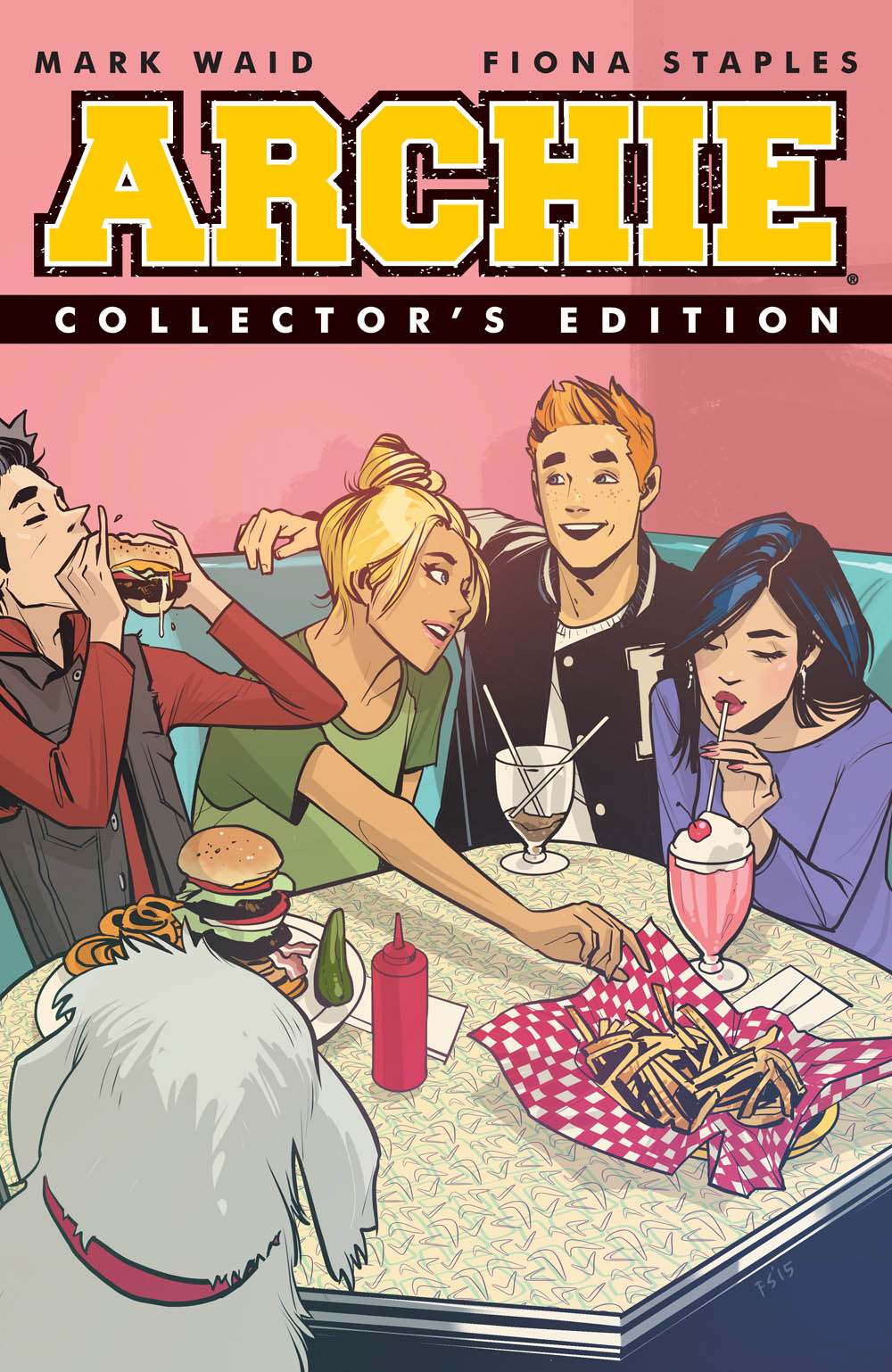 ARCHIE: COLLECTOR’S EDITIONThis direct market-only, 80-page special collects the first three issues of the landmark new Archie series.  Familiar faces return in new and unexpected ways with a new school year, new changes, new questions and new storylines for the teens of Riverdale. Take another look at all of the gorgeous artwork by the incomparable Fiona Staples in this must-have collector special! And if you haven’t experienced the historical, groundbreaking new Riverdale yet, now is your chance to get in on the ground floor! This collector’s edition contains special features you won’t want to miss out on! 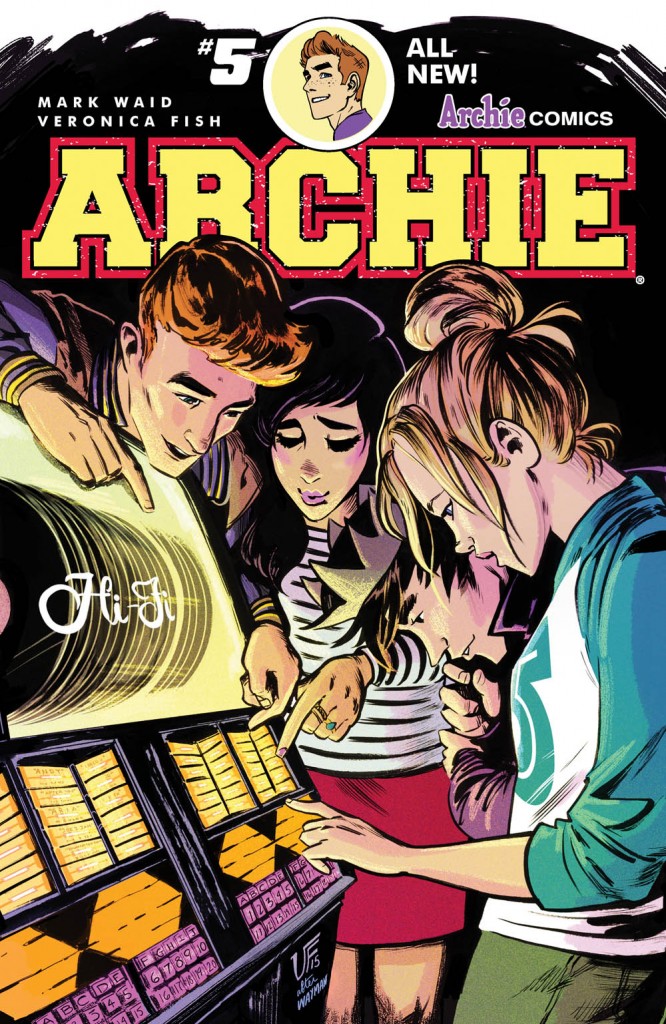 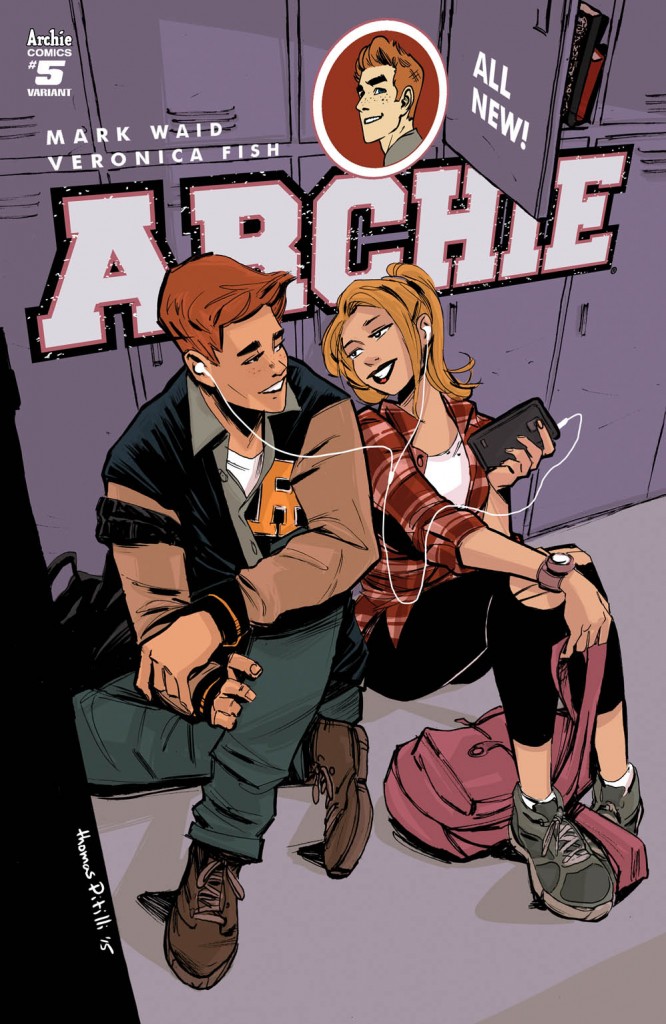 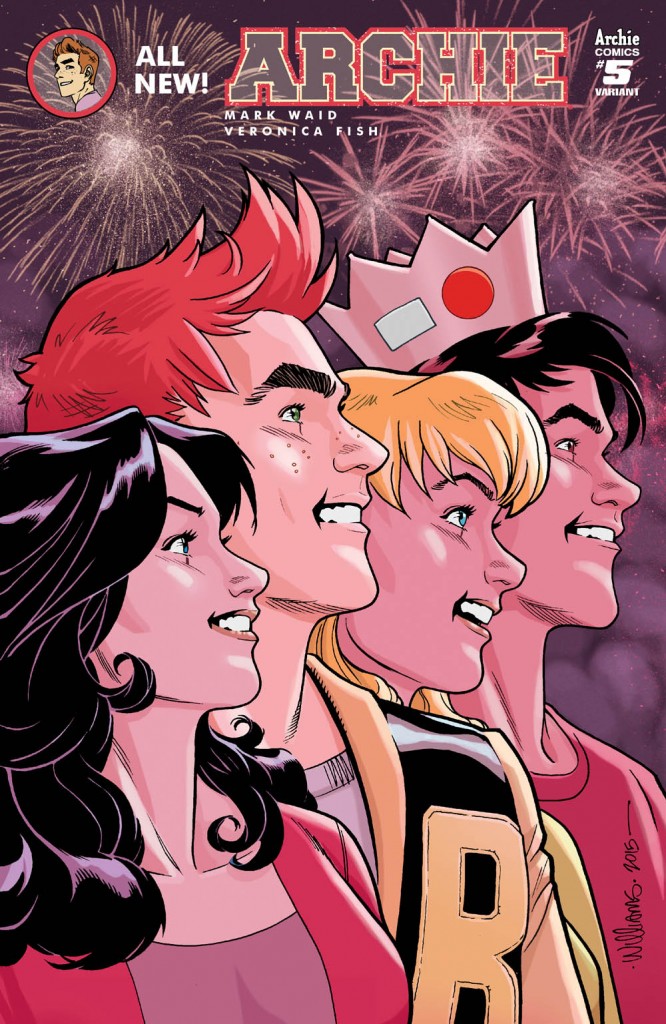 The biggest comic series of the year presses on! Betty and Jughead have declared war on Veronica over the heart and soul of Archie Andrews!  Who should you be rooting for? You might just be surprised by the answer! Rising star comics artist Veronica Fish (Pirates of Mars, the RIVERDALE CW promo image) joins the legendary Mark Waid on creative duties for this brand new issue! 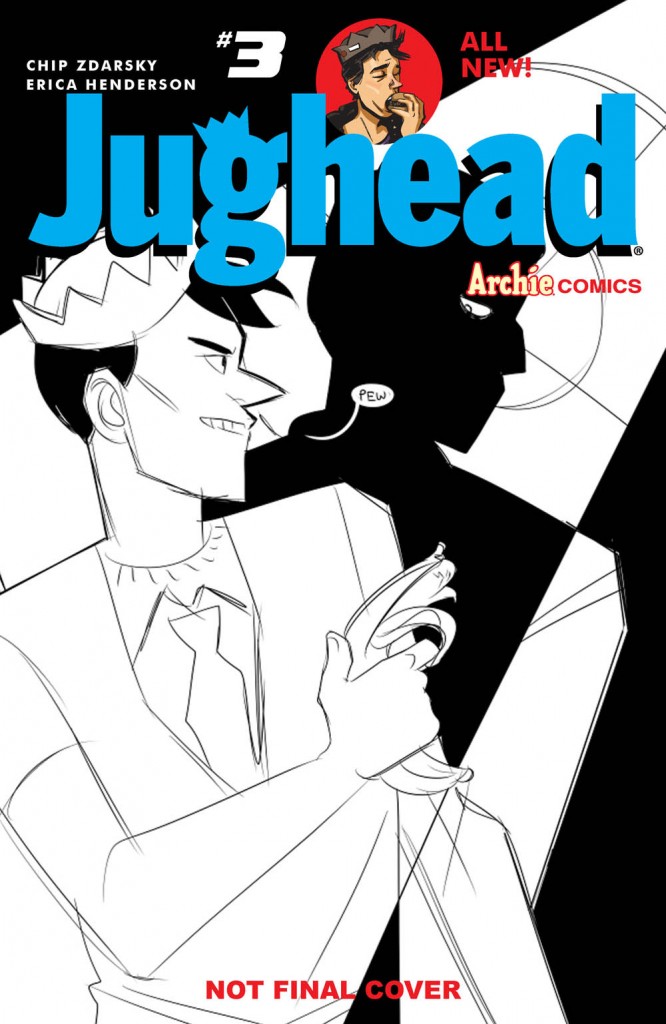 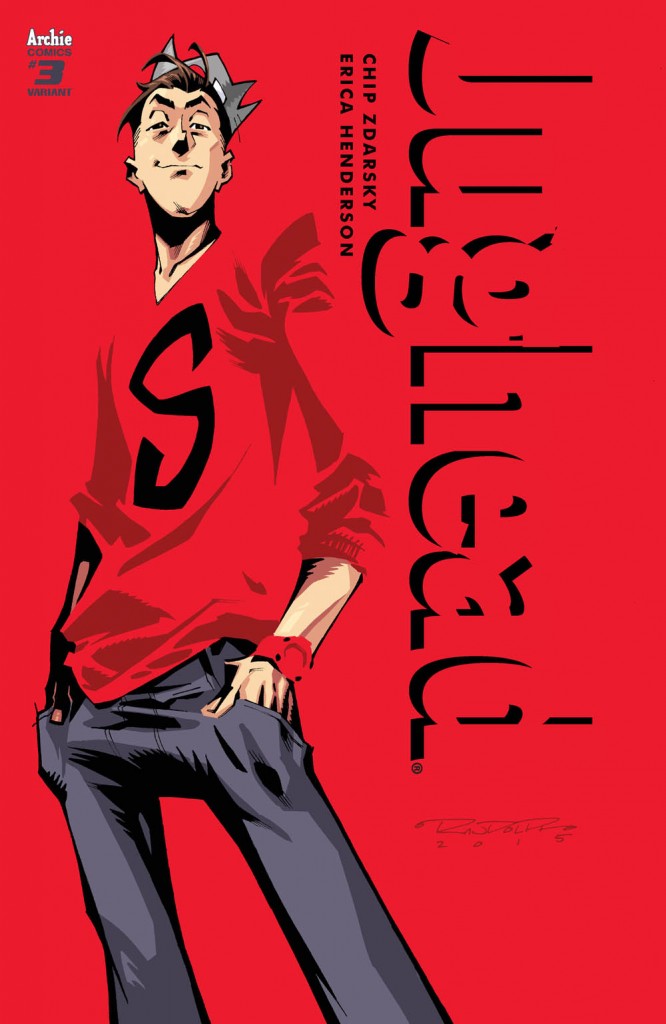 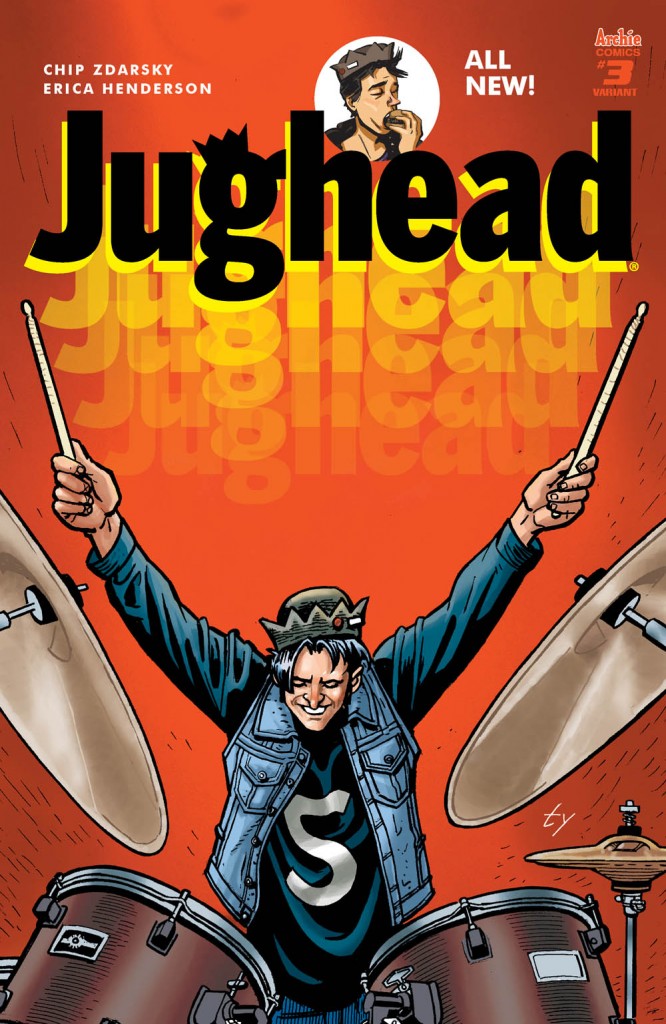 Zdarsky and Henderson are back with another out-of-this-world issue of the all-new Jughead! Drones? Explosives? A firing range? Science class under the new regime of Principal Stanger has taken a turn for the dangerous. And who do you call when danger is about? I guess, uh, 9-1-1? But if THEY can’t help? You call Jones. Jughead Jones. 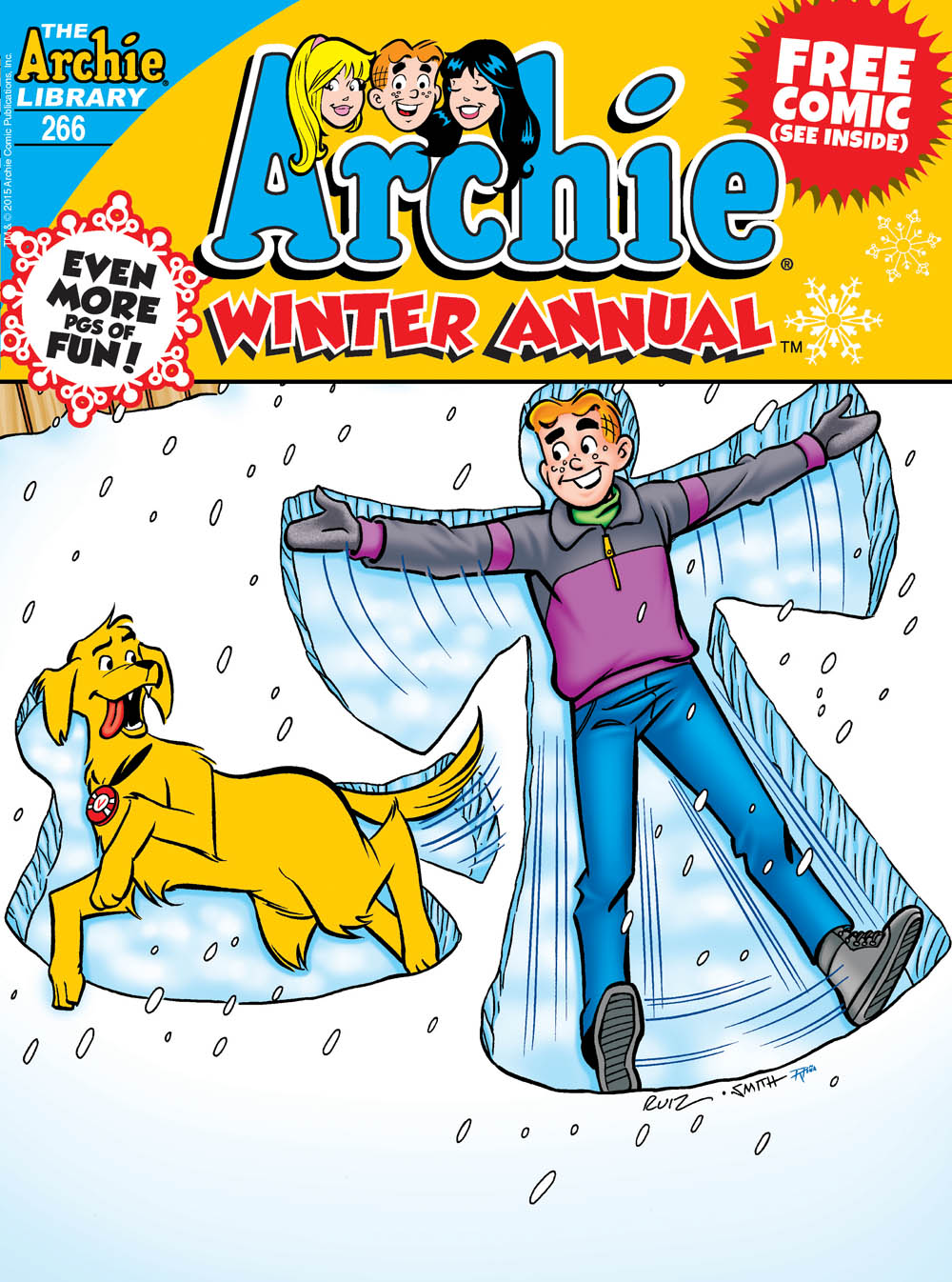 Valentine’s Day is quickly approaching and Archie and Reggie aren’t feeling the love! It’s been a non-stop fight between the two over Veronica’s affection! But Veronica’s got some plans of her own with a secret Valentine—and it looks like Archie and Reggie may need to team up to find out who their mutual competition is! See if they can win Veronica’s heart without losing their minds in “Love at First Fight,” the fun lead story to this special winter annual, featuring even more pages of frosty fun! 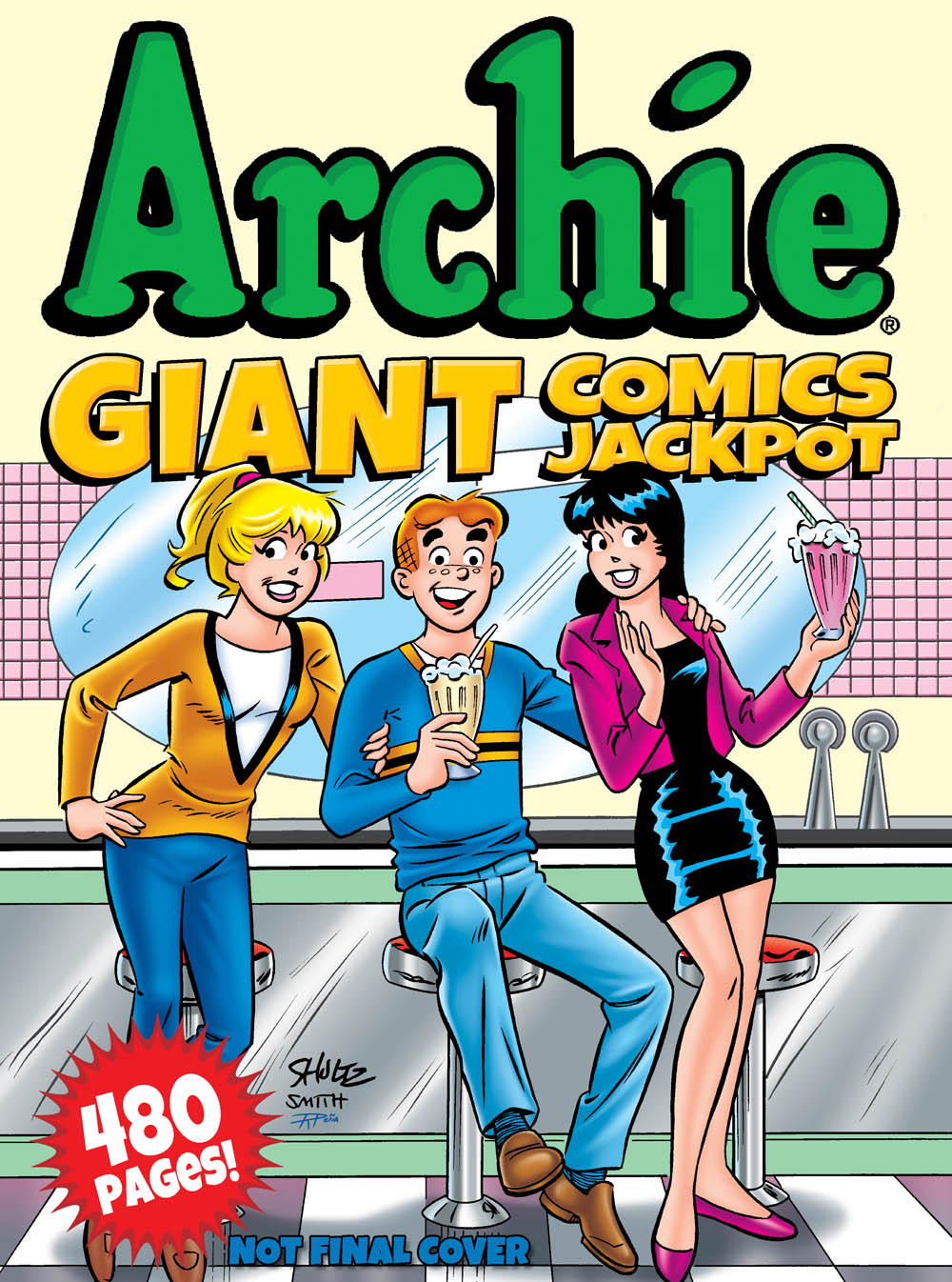 Archie fans old and new will hit the JACKPOT with this lot of awesome Archie Comics stories! This volume collects 480 more pages of iconic and amusing tales! Follow America’s favorite red-head as he navigates the pressures of the American teenager in the awkward, charming and hilarious way you’ve come to know and love! 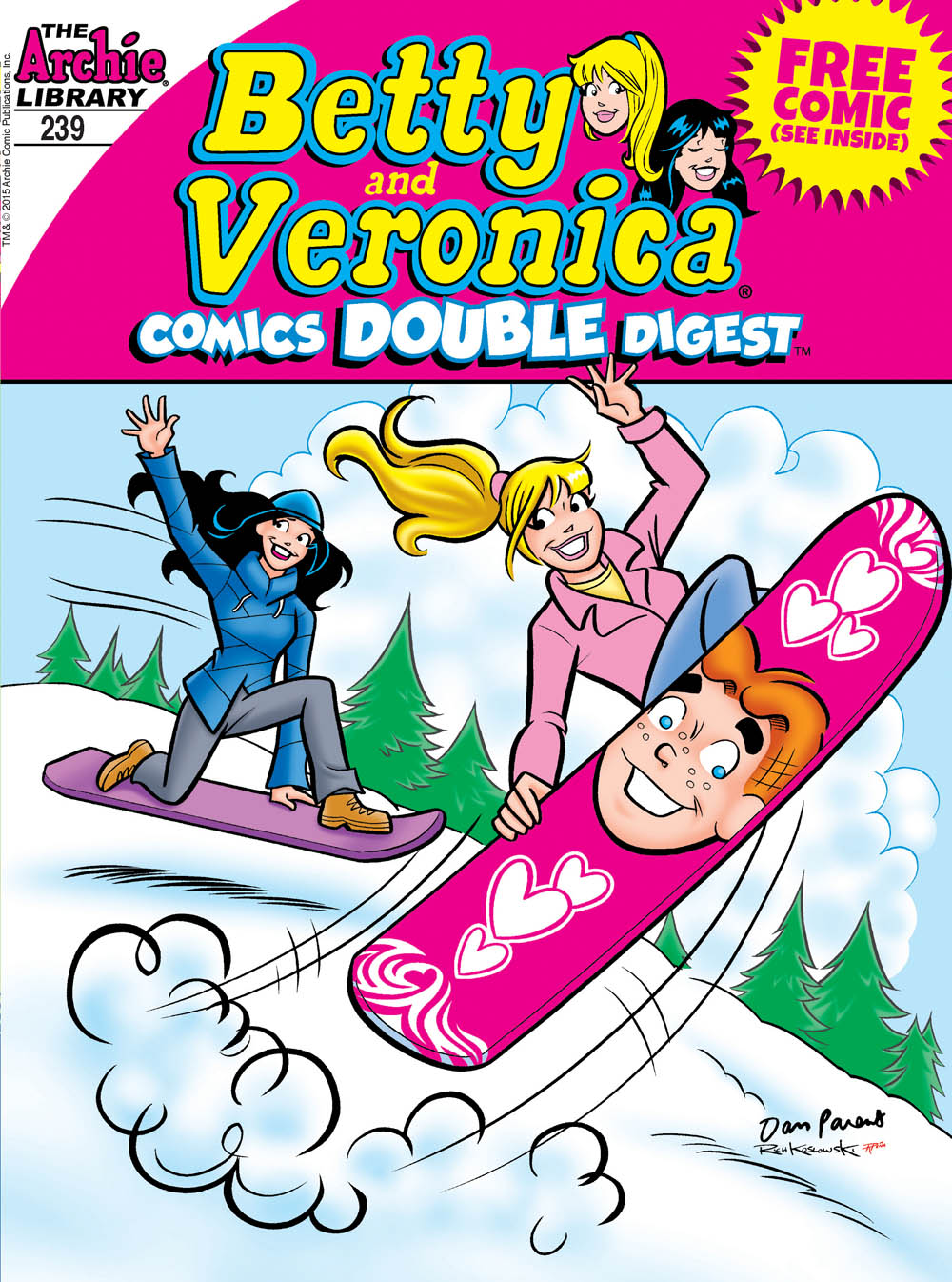 In this installment of “the Many Loves of Archie Andrews,” The Archies and Josie & the Pussycats are teaming up once more for a special Valentine’s Day Concert! And we think Archie might already have a special someone in mind for his VAL-entine! But when Archie and Valerie go missing right before the big show, panic ensues as the bands figure out their show will go on! Will Archie and Valerie get there in time to make musical memories, or will the lovebirds be left out? Find out in “That’s Some VAL-entine!” the fun lead story to this comics double digest! 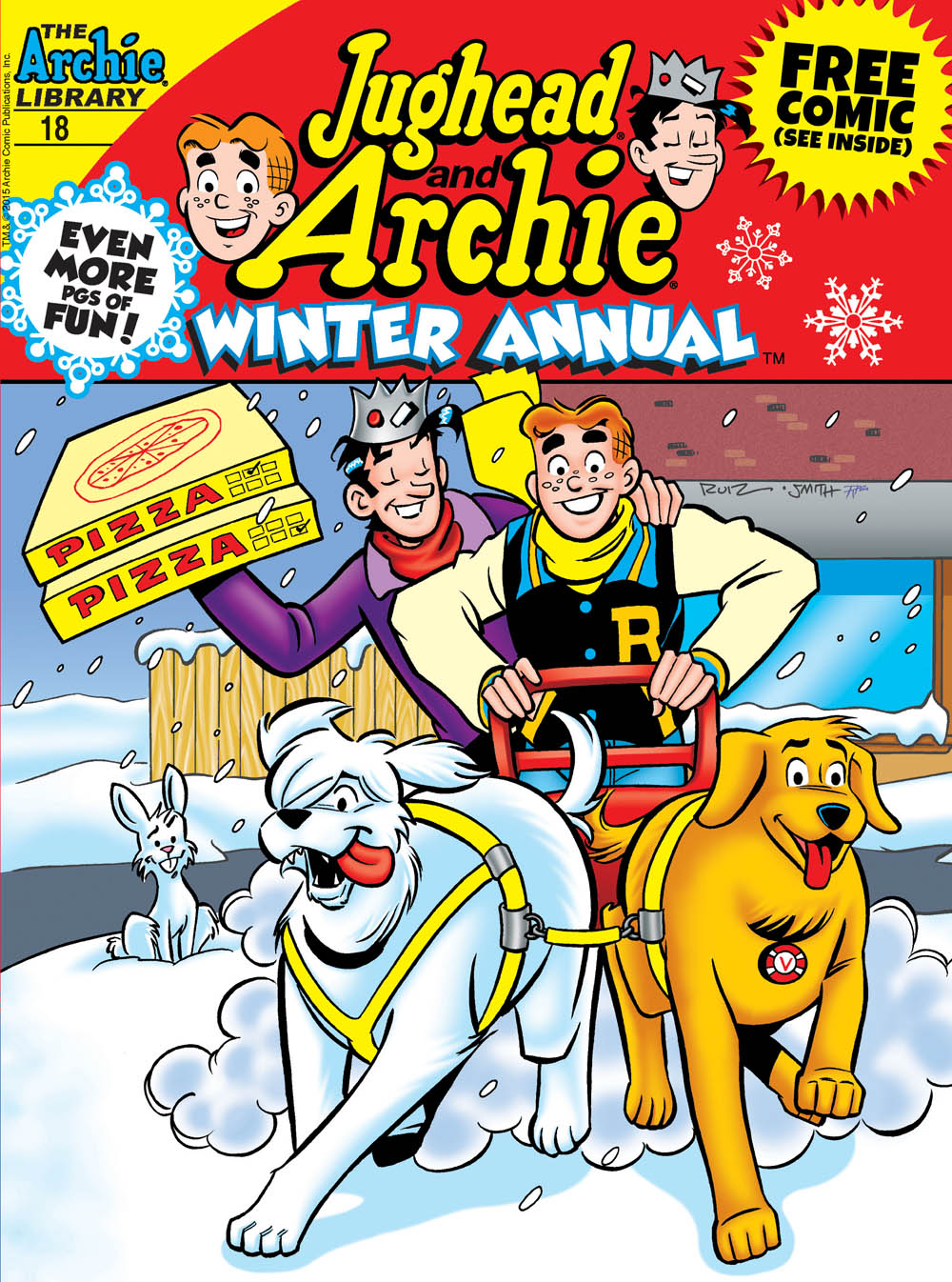 Jughead has devised the perfect winter prank—and Archie can’t wait to team up with him and get as many people as they can! But with Veronica as their first victim, will they successfully pull off their winter tricks, or will it snowball out of control and make the pranksters the prankees? Find out in “Snow Struck,” the hilarious lead story to this comics double digest featuring even more pages of winter fun! 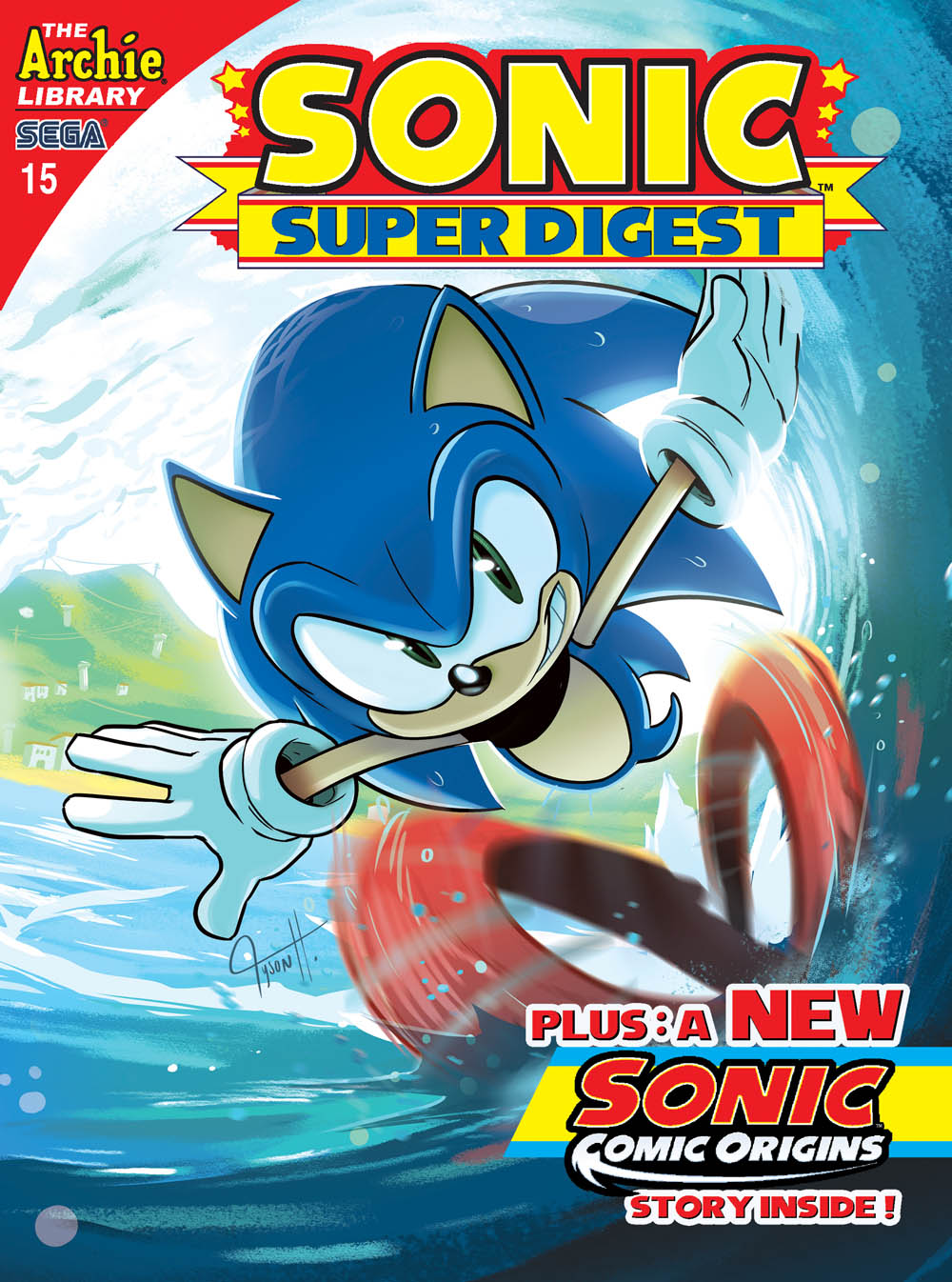 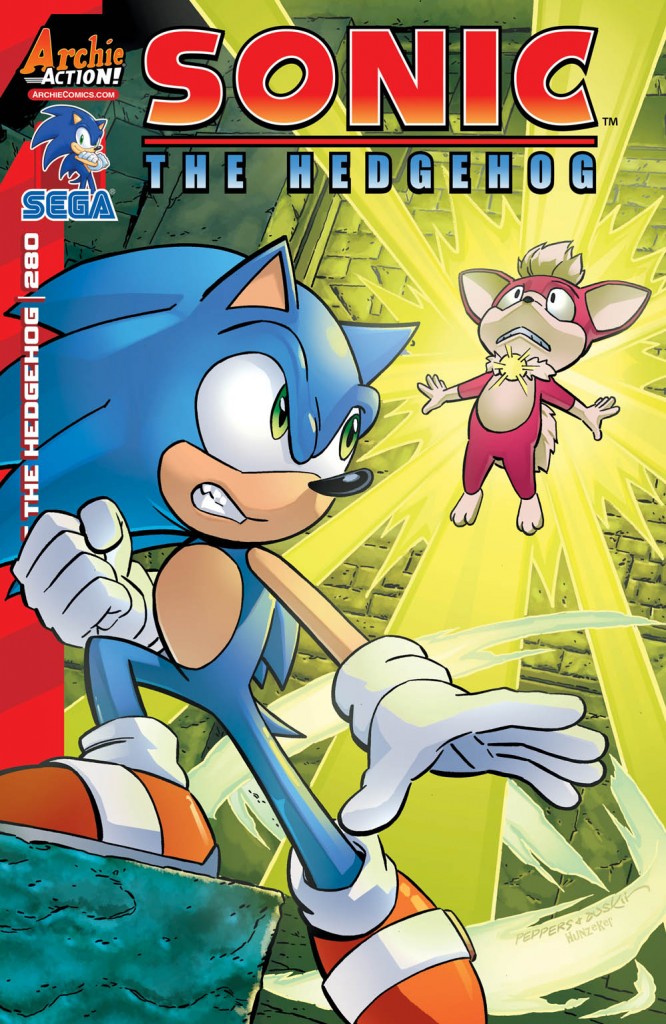 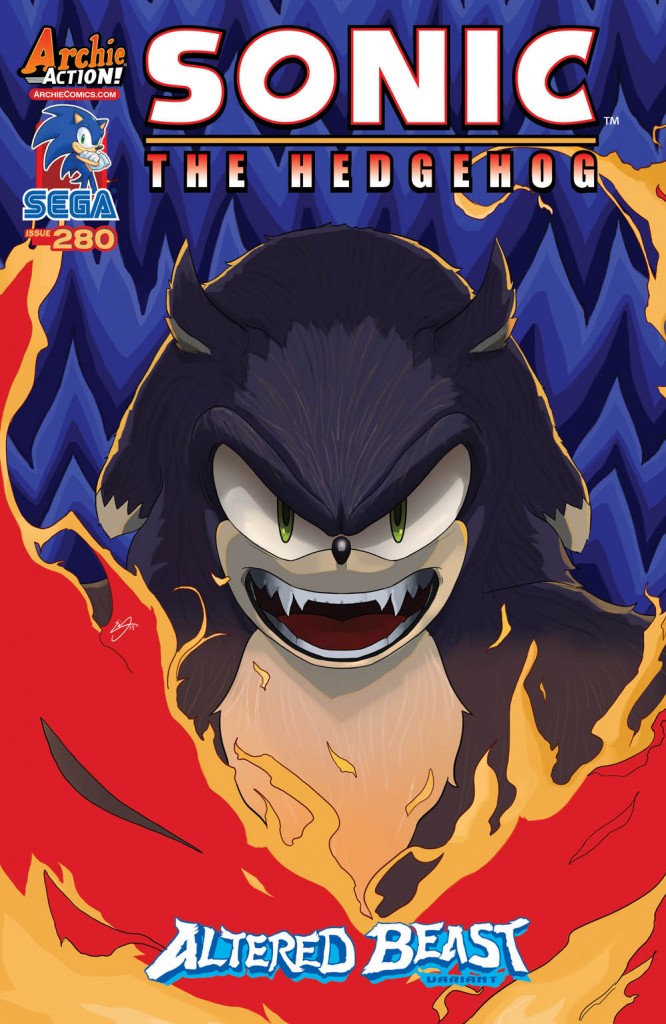 SONIC’S WORLD TOUR CONTINUES in, “Keys to Victory”: Sonic, Tails and Chip head to the Efrikan settlement of Mazuri to find the next set of Gaia Keys—but they’ll have to go through the tough and menacing Axel, the Egg Boss of the Efrika Egg Army, to find them!  While deep in the heart of the Gaia Temple, Chip finds something incredible—but you’ll just have to wait and see what it is! Then, in “A Special Occasion,” Sally and Rotor are one girl’s only hope in a family emergency! Featuring awesome cover art by jamming Jamal Peppers and an “Altered Beast” variant by the exquisite Erik Ly! 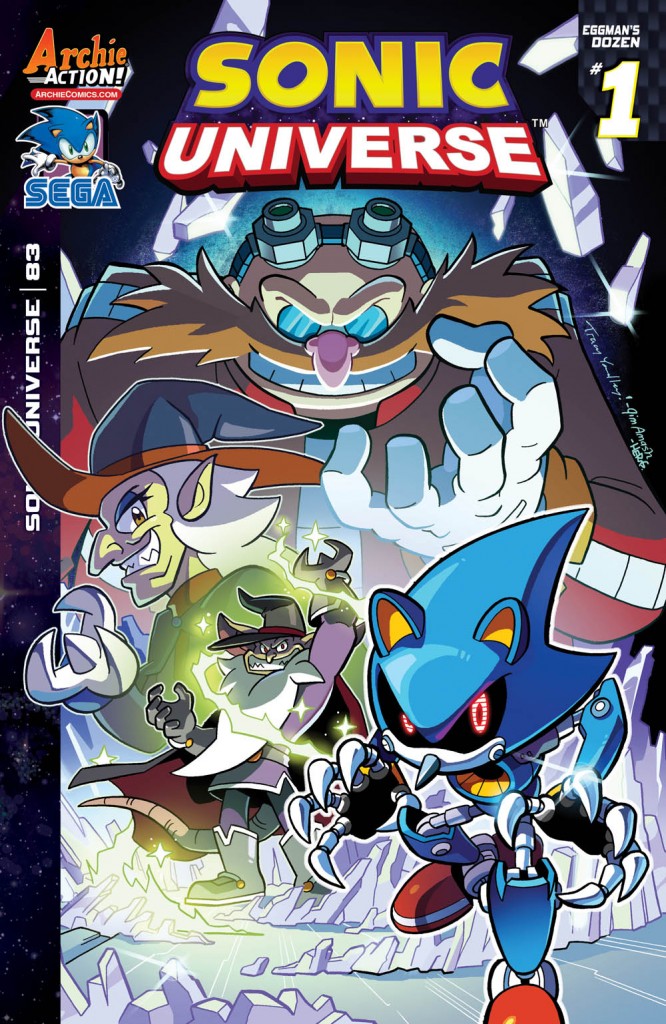 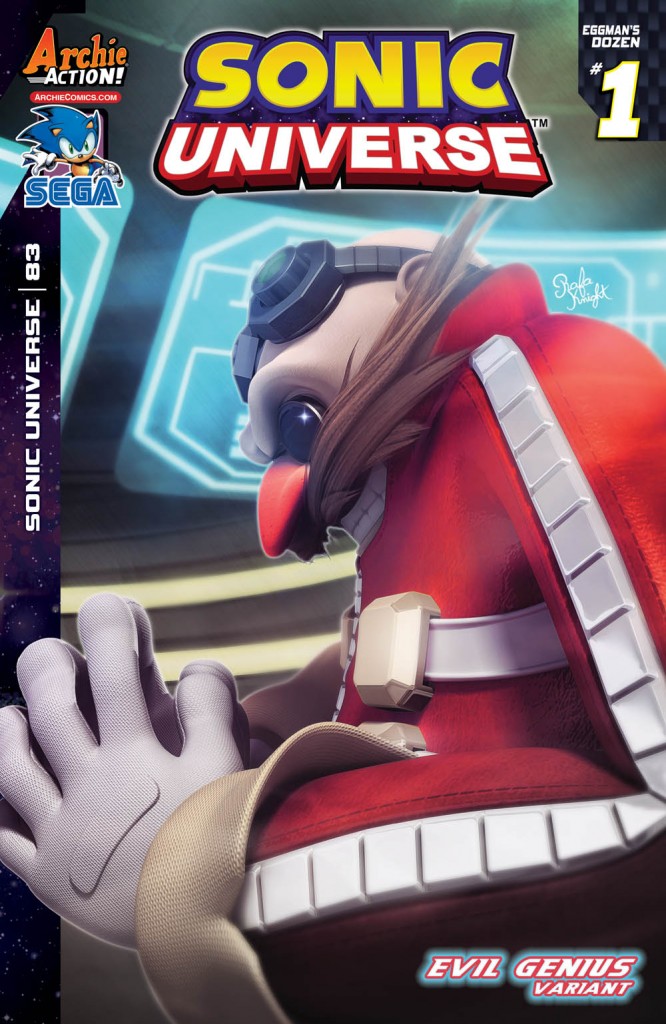 EGGMAN’S BASE is UNDER ATTACK in, “Eggman’s Dozen” Part One: Dr. Eggman’s plans for controlling the shattered world were going perfectly—until now!  The wizard warlords—the Naugus Twins—have taken over Eggman’s base and Dr. Eggman’s source of Dark Gaia energy!  No mere robots will do for this mission—the doctor’s going to need ALL his Egg Bosses! Featuring cover art by Mr. Sonic comics himself, Tracy Yardley, and an “Evil Genius” variant by CG artist supreme, Rafa Knight! 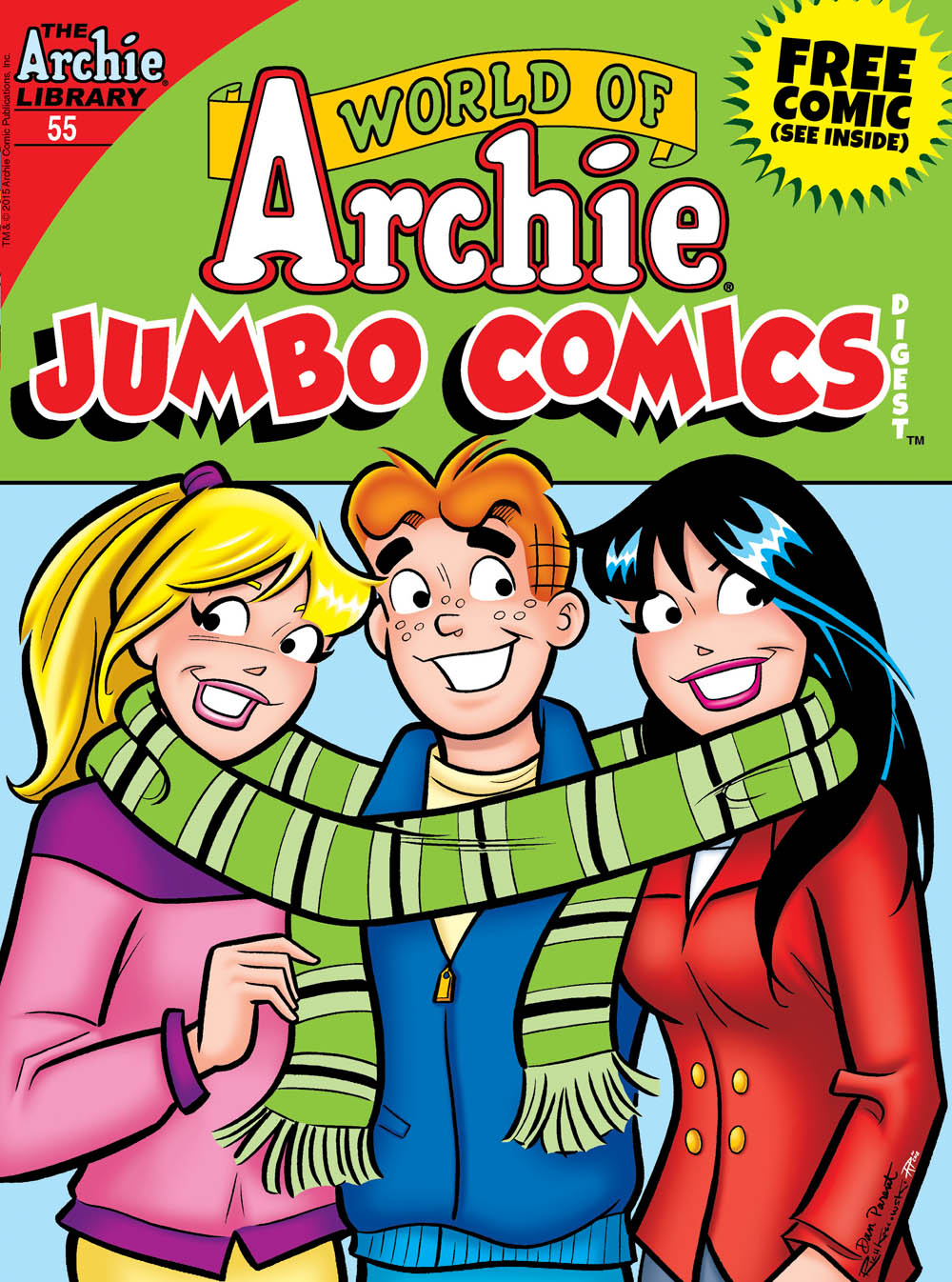 It’s time for the Riverdale High School Winter Dance and Archie needs a date! Unfortunately for him, every girl in school has already been wooed by different guys’ over-the-top ways of asking their dates to the dance! Archie decides he’s going to ask Betty to the dance and he’s going to do it in the biggest, most elaborate way EVER—he’s going to build a giant cake that he can jump out of with his guitar and play Betty a song inviting her to the dance! Will Archie’s pastry plan work, or will his sophisticated scheme have him going stag to the biggest event of the season? Find out in “Take Your Cake and Beat It Too!” the hilarious lead story to this JUMBO-SIZED comics digest!