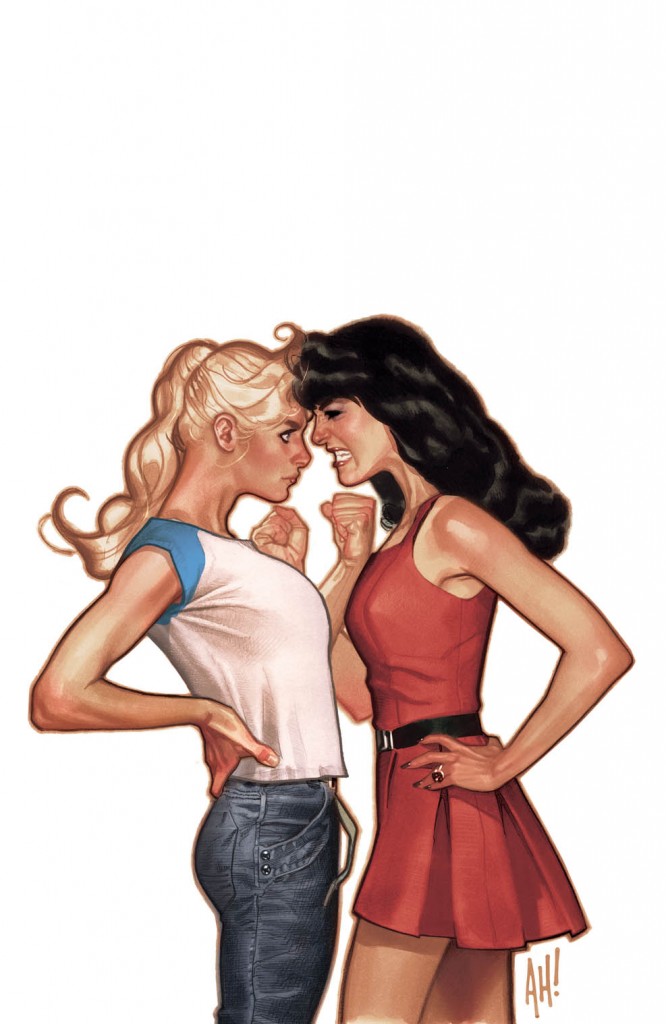 Betty & Veronica. The posh socialite and the girl next door — two of the most iconic characters in pop culture — return in a major way this July with an all-new BETTY & VERONICA #1, courtesy of legendary comic book writer/artist Adam Hughes (Wonder Woman).

The new series follows hot on the heels of two of 2015’s most talked about comic book series: ARCHIE and JUGHEAD. But what happens when Betty and Veronica becomes Betty VS. Veronica?

As Riverdale’s most beloved blonde and brunette find themselves divided over the takeover of the town’s central hangout, Pop’s Chocklit Shoppe, battle lines are drawn and friends have become enemies as the town is enveloped in all-out civil war! Oh, and there will be jokes. Plenty of jokes.

Find a comic book store near you using the Comic Shop Locator service or buy Archie Comics direct from our online store or digitally via the Archie App!

IT’S BETTY VS. VERONICA! The most highly-anticipated debut in comics history is here! Betty and Veronica are America’s sweethearts… until they turn on each other! “Pops’ Chocklit Shoppe is being taken over by a huge coffee company. When Betty and Veronica go head-to-head over the issue, all bets are off! Friendships will shatter. Cities will burn. Nails will be broken. Betty and Veronica are back in this ALL-NEW #1 from comics legend Adam Hughes (Wonder Woman, Catwoman)!